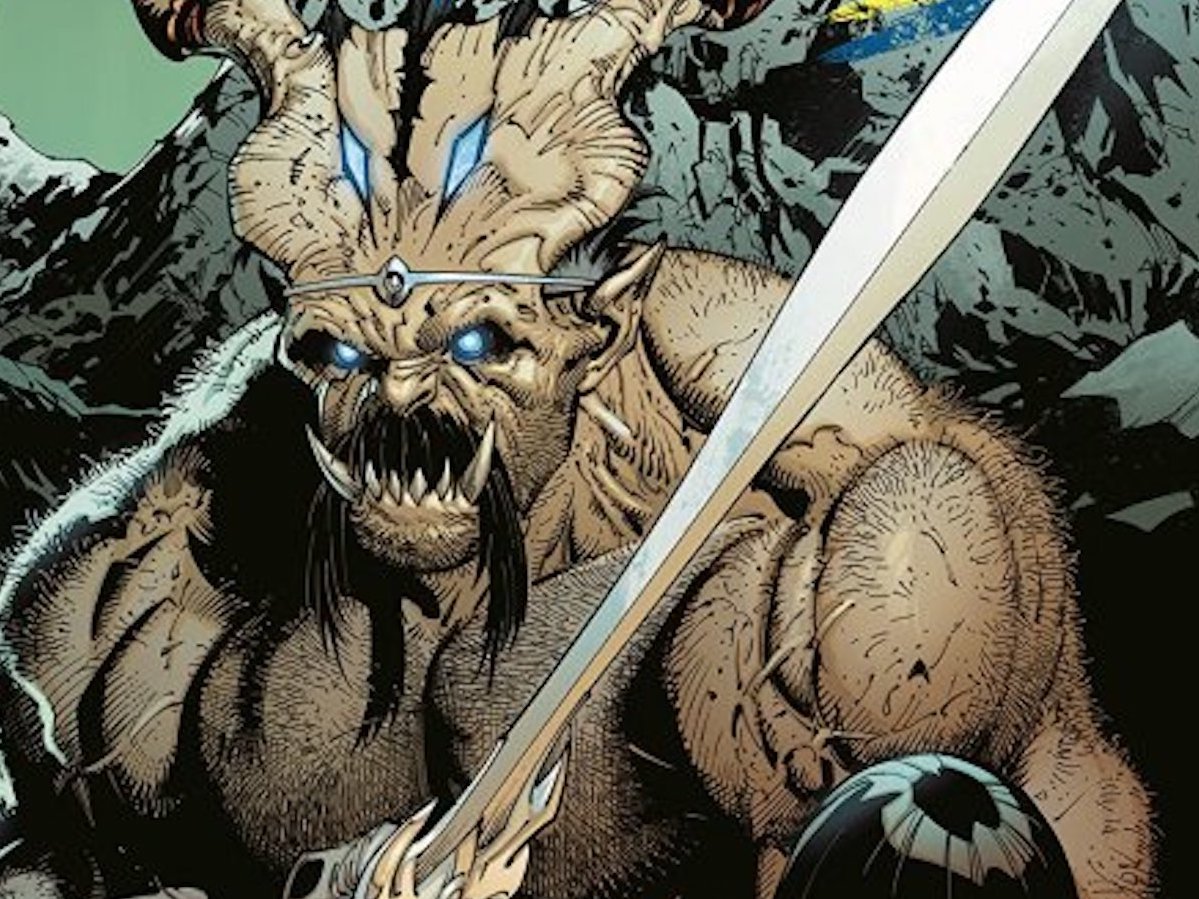 Ray: Packing a whole story into only three issues is a tough task for anyone, but that’s what Scott Snyder and Greg Capullo have set for themselves in We Have Demons. It helps that each issue is oversized, but it’s such an ambitious story that it’s impressive to behold. Especially since we switch perspectives almost completely here. The first issue immersed us in the world of Lam, the twenty-something daughter of the world’s most dangerous demon-hunter in a world torn between two competing magical forces. In this issue, the focus shifts to Gus, her father’s fellow demon hunter – and a demon himself, albeit one whose worst instincts are kept in check by a magical headset made out of mystical Halo.

Gus’ story is even more ambitious than Lam’s, dating back ten thousand years to when he was a humble tribesman who was corrupted by the forces of Horn making their way into the world. He would have eventually become just another mindless beast, were it not for the intervention of one man who believed they could do something more than just kill the demons. His bond with Lam, and the way her father affected them both, is really the emotional core of this story, but there is a lot going on here. We get to know the rest of the team that Lam’s going to be working with, led by her enigmatic stepmother, but don’t get too attached – the team’s going on a mission, the demons are waiting, and the threat may be coming from inside the house.

The first half of this book has a lot of story and exposition, but it never loses your attention. When the action does kick off in the second half, it kicks off in spectacular fashion with an army of demons taking on an entire plane from high in the sky. Greg Capullo draws some spectacularly hideous demons, and most of the issue feels more like an action/adventure story than a horror one. When the horror begins, in the last few pages as we realize with increasing dread where the threat is coming from, it’s one of the most chilling segments of comic storytelling I’ve read in a while. This is a widescreen supernatural thriller that delivers in every way, even if I have absolutely no clue how we’re wrapping this up with only one issue to go.