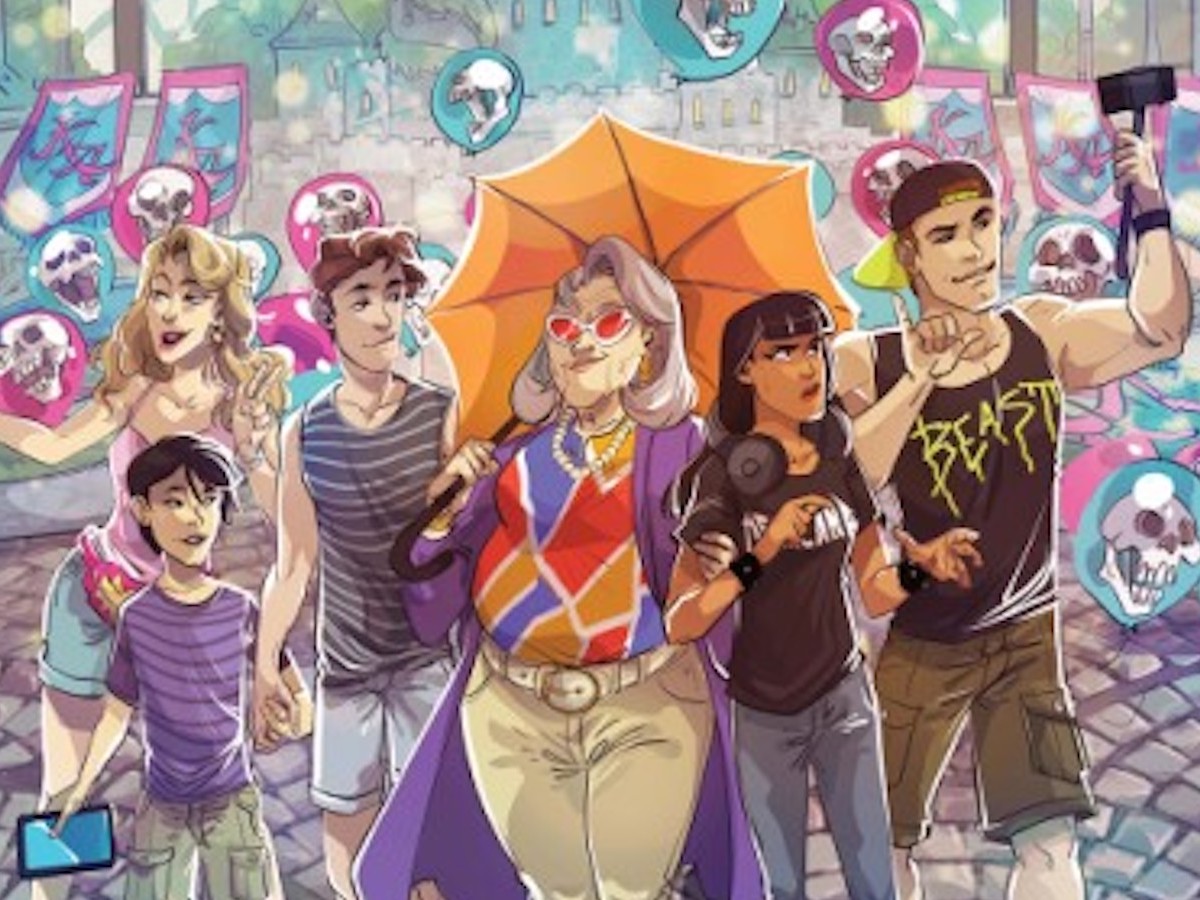 A new imprint specializing in LGBT young-adult graphic novels launches this week with Lifetime Passes from Terry Blas and Claudia Aguirre. Terry has agreed to answer some questions for GeekDad, so stay tuned after this review for an interview with the creator, and the book can be preordered here!

Ray: Working with dark humor and morally ambiguous leads is tricky for the best of writers, and the concept of Lifetime Passes was a doozy right out of the gate. A group of local teenagers finds out that if someone dies at a local amusement park, the rest of their party gets lifetime passes to the park, and hatch a plan to volunteer to bring residents of a local senior home to the park in hopes nature will take its part there. In other hands, it could have been hard to root for anyone here. However, in the hands of Terry Blas and Claudia Aguirre, it becomes one of the best graphic novels of the year.

It helps that our lead, Jackie, is an incredibly likable character. A young Latina living with her aunt and working part-time at the home, she has a painful past—including parents who were deported and a constant sense of uncertainty as a DACA kid. One of the few things she finds comfort in is the local theme park, Kingdom Adventure, where she has a deep cache of good memories from her youth. Unfortunately, annual passes are expensive and her aunt isn’t going to be able to pay for the next renewal, so Jackie is facing exile from the Kingdom.

Her friends are just as invested in the park—although none of them for quite the same reasons or anything as pure. Nikki, a fashionista and would-be influencer, dreams of getting a job as a face character at the park. Her cousin Berke, a YouTube shock jock with a crude personality, is looking to rebrand after his channel got “cancelled.” Daniel, Nikki’s shy gay friend, shares her dream of getting cast at the park, but it may be more following her dream than his own. They all share Jackie’s dream of access to the park, so her plan to volunteer to ferry old folks to the park meets with their approval.

Lifetime Passes comes in at a relatively brisk 165 pages, and it’s sort of short on major events. Once the scheme goes into play, you’re expecting the other shoe to drop as it does in so many teen-centric books. Instead, Blas’ script seems much more concerned with characters learning quiet lessons and gaining a greater understanding of others and of themselves, without needing to be called out or humiliated for their past mistakes. There’s a compassion for almost everyone in this story, which I found refreshing.

The instrument of Jackie’s awakening comes in the form of Phyllis, a flinty, independent old widow who lives at the home and is the first to volunteer for a trip to Kingdom Adventure. While Jackie’s “friends” seem to view her with a mix of amusement and contempt, she demands basic respect—and Jackie has no problem giving it, leading the two to open up to each other as Phyllis reveals a lot of hidden depths and a surprising connection to the park. One thing I loved about this book is the way that Kingdom Adventure has its own mythology—one this book barely scratches at the surface of.

Also important and very welcome—Phyllis is Jewish, something that plays a major role in her bonding with Jackie. Works that explore Jewish/PoC solidarity are rare and often fall into the trap of casting Jewish characters in the role of clueless white folks (CC, Caroline or Change). Instead, Blas uses the deep history of Jews battling against oppression—both their own and that of other groups—to inform Phyllis’ personality and creates a great parallel between the two leads that adds some brilliant emotional context to many of their scenes.

For a book about characters waiting for someone to die, Lifetime Passes doesn’t seem all that concerned with death. When the grim reaper does come calling for someone near the end of the book, it’s an emotional but subtle scene that isn’t dwelled on for too long—and also nicely serves to illustrate which of Jackie’s friends are flawed but decent people who need a push, and which aren’t really her friends at all.

A lot of the best scenes in this book are quiet ones, such as Jackie bonding with Daniel’s little brother, a transracial adoptee from Korea. The book has such a warm tone that a surprisingly dark turn in the last act took me by surprise, and was the only part of the book that didn’t 100% work for me—I was never sure if I was supposed to laugh or feel bad for the character.

Lifetime Passes is the debut book from the new Surely imprint of Abrams ComicArts, a line of graphic novels curated by Mariko Tamaki and focusing on LGBT voices and characters. It’s a fantastic start from two incredibly talented creators.

1. This is one of the few graphic novels I can remember dealing with topics like aging and death so frankly. What are you hoping readers take away from the story about these thorny topics?

Blas: What I hope readers get is that aging means you’re here. It means you’ve survived everything that’s been thrown at you and that you’ve probably got some great stories to tell. I’m Mexican and our relationship to death is a bit different than what most Americans have. We’ve got a whole holiday to remember the ones we’ve lost and it’s not a sad day. Losing someone you love is always sad, but remembering their life is the way to honor them. At the beginning of Lifetime Passes, Jackie is a bit insensitive, never really having had a relationship with an elderly person due to not knowing her grandparents. The best part of the book for me, is seeing how she changes by getting to know people.

2. The world of Kingdom Adventure is already incredibly fleshed out from the little we see of it. What were your biggest influences in developing this fictional theme park?

Blas: I’d say that my biggest influences were the years I lived in Southern California and the culture around theme parks. People are obsessed with them, and rightly so. They offer you the promise of an amazing experience, a fantasy and while I lived there I began researching funny stories and strange occurrences at theme parks. I also had friends who worked at various parks and they’d tell me some interesting things. That’s sort of where it began.

3. Social media plays a pretty big role in the story, especially in the character of Berke. What advice would you give teenagers about it if you could?

Blas: This is a loaded question. I’d tell kids to stay off of social media as much as possible which I’m sure makes me sound like a crusty old grandpa to them, but honestly, it’s done a lot of harm to my attitude and self-confidence. If I post that I like grapes, inevitably someone will tell me why grapes are terrible and how I shouldn’t like them. A good friend of mine told me that he tries to use social media to promote his work and try to make someone’s day better and that’s it. It’s a tool for many artists and writers to promote their work today, but a carpenter doesn’t go to his work bench and stare at his tools for hours, you know? Also, social media has the power to permanently damage our ability to focus on one task at a time. I used to be able to sit and draw or read for hours. Now, I go to my phone ten minutes into a task and check it. That’s not great. In Lifetime Passes, Berke and Nikki are concerned with followers and attention and I think today we have a culture where people expect an immediate response to everything and they have made their opinion a vital part of their identity that they think should be respected. Many artists and writers I admire don’t spend a lot of time on social media. They are too busy making cool things.

4. Which of the other characters you’ve written (from Reptil, Hotel Dare, etc.) do you think would get along best with Jackie? How about Phyllis?

5. It was great to see the casual but consistent representation of PoC characters, LGBT characters, and Jewish characters in this book. What are some of the other comics and graphic novels featuring these groups that you’re loving right now?

Blas: I personally do my best to always include Latinas at the forefront of my books. The fastest growing demographic in the United States is the college-educated Latina, so they need to feel represented and seen. As a member of the LGBTQ community, all my books contain queer characters as well. I love the work of Ethan M. Aldridge, whose Estranged books feature this kind of representation. Sina Grace is terrific and I’m excited for his next book, Rockstar and Softboy. Hamish Steele’s Deadendia books have seamless and wonderful representation in them and I’d also encourage everyone to check out Surely’s other title, Flung Out of Space by Grace Ellis and Hannah Templer. 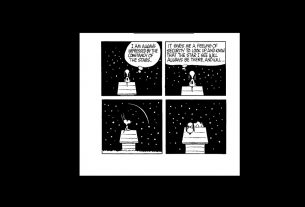