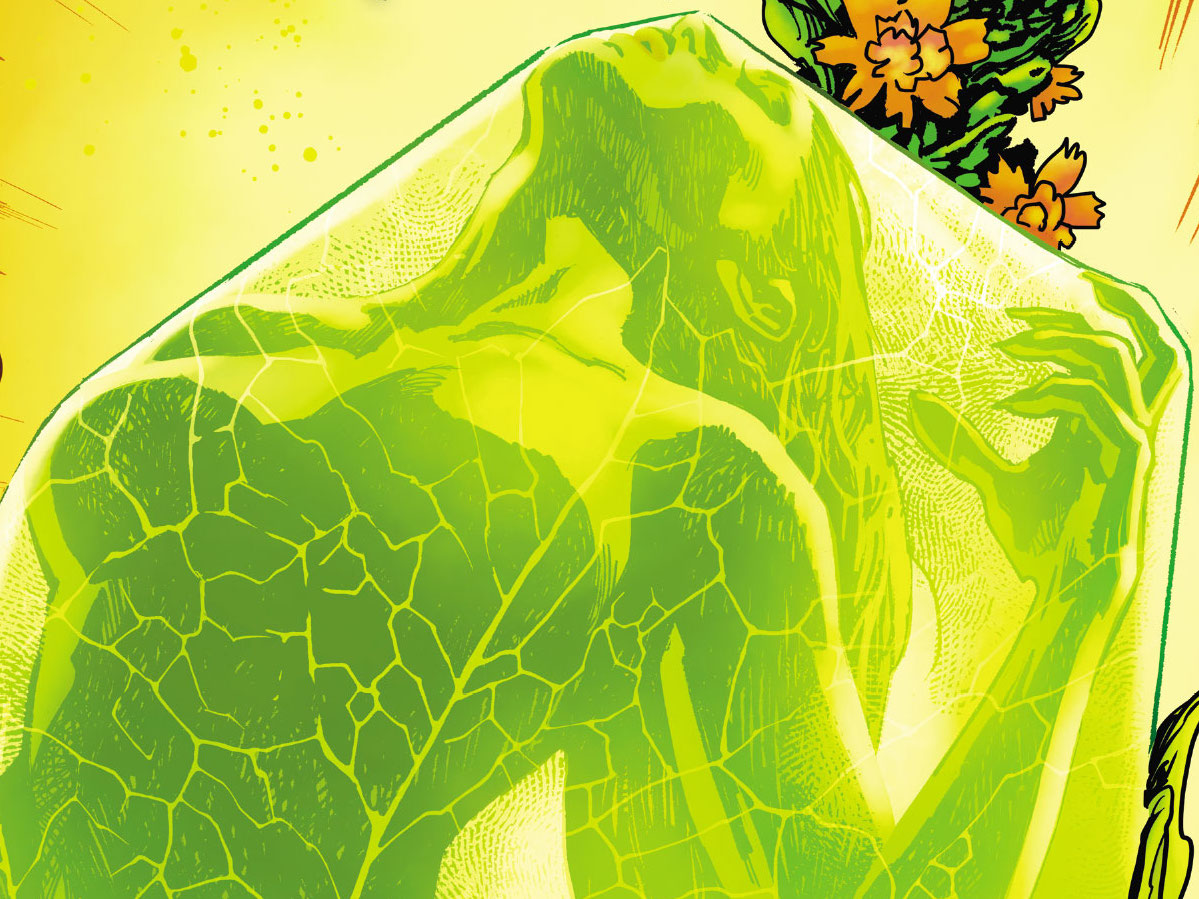 Ray: Ram V’s part in Fear State wraps up this month, along with his Catwoman run as a whole. It’s been a great ride, with probably my favorite Selina status-quo in a long time. By reinventing her as a champion of the underdog and surrounding her with a new status quo in Alleytown, it’s paid tribute to what comes before while also introducing many new elements. The last arc has focused on the Magistrate’s siege of Alleytown, as Selina tries to keep her friends alive while also delivering the “seed” Ivy to safety where she can be reunited with the more ruthless Queen Ivy. Part of what makes this run so much fun is how Selina works with both the heroes of Alleytown and the villains who have been able to switch sides. Characters like Croc, Knockout, and Cheshire have provided valuable backup, and even Riddler has worked as mission control since Selina saved him from capture early in the run.

This final issue has three artists, making it feel a bit like a jam issue. I don’t know if it was intended that way or if it was a fill-in scenario, but the style remains relatively consistent. I also loved a little Easter egg honoring the late John Paul Leon in one panel. This final issue has to carry a lot, and some elements wind up a little rushed, like a betrayal that happens and is then subverted in only a few pages. This Selina is canny and able to turn the tables quickly, but also more vulnerable than we usually see, I’m glad the character of the Whyte Witch will get a follow-up in an anthology in the coming months, because it didn’t seem like her plot really got resolved at all. Tying in with an event is always tricky, especially when it’s a title’s last arc, but I think V got all the big things right here. The last few pages were genuinely emotional and set up a lot of great elements that I hope the next writer builds on.