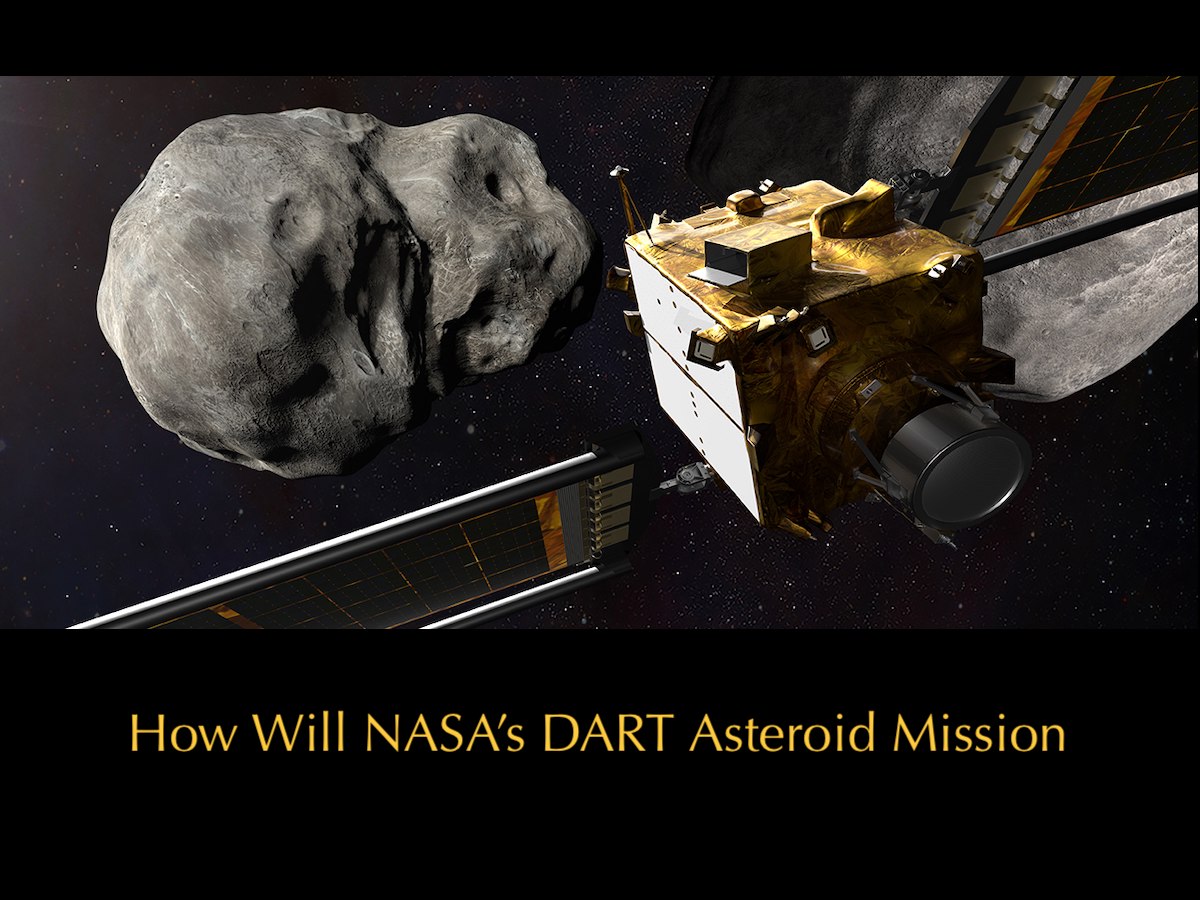 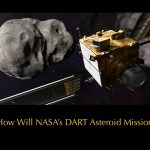 You may have heard that SpaceX launched their Falcon 9 rocket from Vandenberg Space Force Base in California very early Wednesday, November 24, and that it was carrying the NASA DART spacecraft, intended to help defend our planet from asteroid impacts. But what is NASA’s DART asteroid mission, and how will it protect us from near-Earth objects?

DART stands for Double Asteroid Redirection Test, and it is the world’s first mission to test technology that was developed to protect Earth from asteroids and comets. There is no known threat to Earth right now from a known asteroid or comet, but every year we have close encounters—some closer than others. In 2013, a small asteroid about the size of a six-story office building entered Earth’s atmosphere, and then broke up and exploded over Chelyabinsk, Russia. Over 1600 people were injured from the shock wave, which also damaged over 7,000 buildings, shattering glass, breaking in doors, and collapsing roofs. The event could be sensed by seismic monitoring equipment all the way in Antarctica. In 1908, also in Russia, an asteroid exploded over Tunguska, leveling eight hundred square miles of forest, with eighty million trees laying on the ground in a radial pattern around the blast site. People forty miles from the blast site experienced heat so intense they thought their clothing was on fire. Below you can see an image comparing the sizes of the two objects (CM is Chelyabinsk and TM is Tunguska) with two well-known buildings for reference. 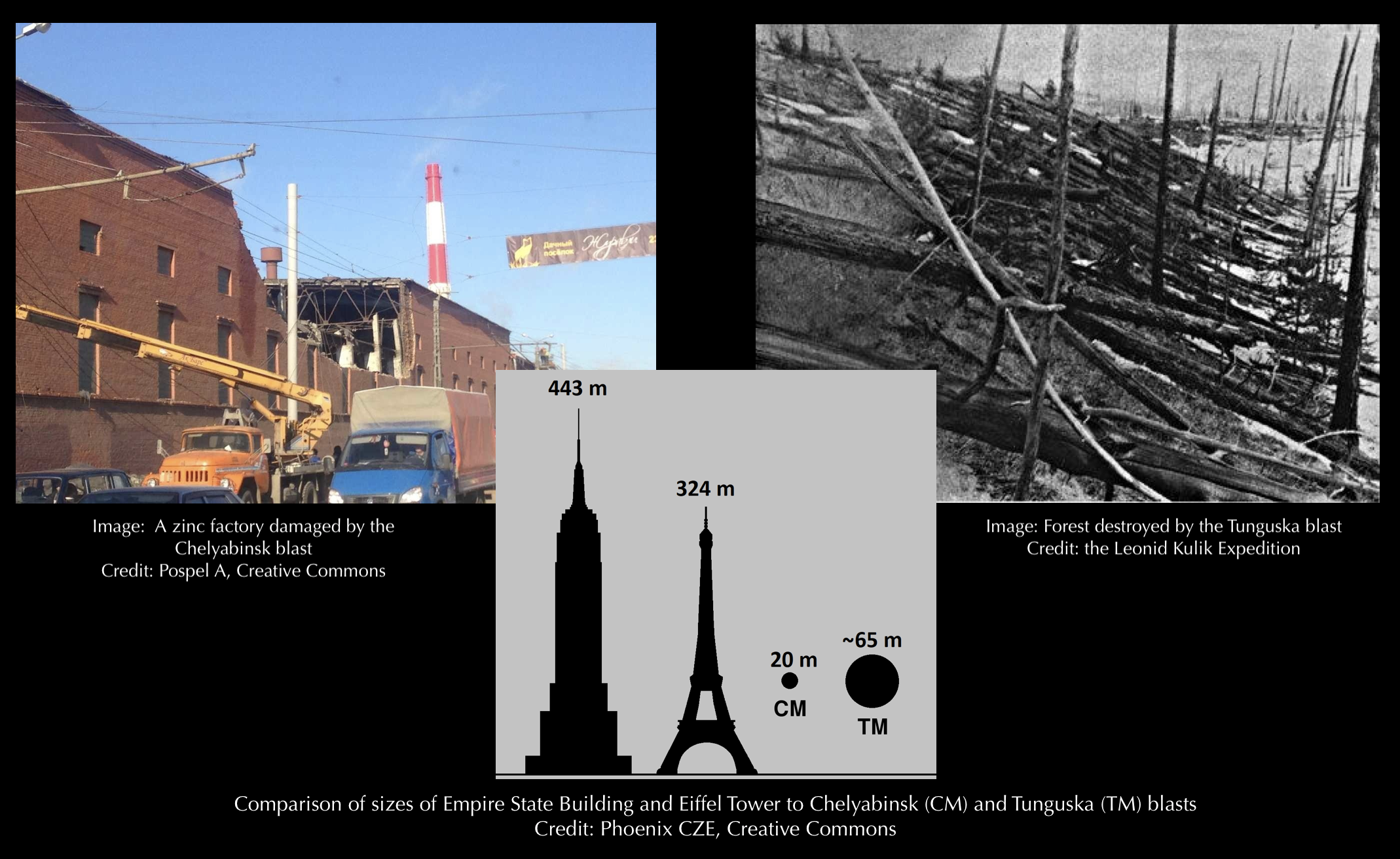 If these two relatively small 20-65 meter asteroids could cause damage like this, something larger, say 200 meters, could cause widespread devastation. For comparison, it’s thought that the Chicxulub impact, which is thought to have wiped out the dinosaurs, was around 20 km in diameter. Scientists have been working for some time to develop ways we can defend Earth from these threats. We have systems of tracking larger asteroids, and networks of amateur astronomers who help with this as well. Protecting Earth from asteroid impacts has been the topic of many conference papers and presentations. And now, we might just have the beginnings of a viable solution.

“DART is turning science fiction into science fact and is a testament to NASA’s proactivity and innovation for the benefit of all,” says NASA administrator Bill Nelson. “In addition to all the ways NASA studies our universe and our home planet, we’re also working to protect that home, and this test will help prove out one viable way to protect our planet from a hazardous asteroid should one ever be discovered that is headed toward Earth.”

DART’s destination is a two asteroid system called Didymos. These two asteroids do not pose an impact threat to Earth, but they are a well-characterized system: we are very familiar with their orbits and their expected behaviors, though we don’t know for certain what they are made of. DART’s target is the smaller of the two asteroids, called Dimorphos, which is about 160 meters in diameter. (Its partner asteroid is about 780 meters across.) When DART is about ten days from the asteroid, it will release a cube satellite, LICIACube, developed by the Italian Space Agency, which will begin imaging the interaction between DART and the asteroid. From there, the plan is for the 676 kg DART to collide with Dimorphos at a speed of 6.6 kilometers per second when the asteroid is at its closest point to Earth (about 11 million km). LICIACube will record what happens, and many Earth-based telescopes will be watching as well.

What do we want to see from the collision? The mission has four criteria for success:

Beta has to do with the conditions on the asteroid. The DART craft will hit it at the same speed no matter what, but depending on how porous the material of the asteroid is, the collision will have a different effect. Tightly held material with no porosity will result in no ejecta, microporosity will have moderate ejecta, and loose rubble will have maximum ejecta. Therefore, if the asteroid is metallic and not porous, there will be no ejecta and little movement due to the low momentum increase caused by DART’s collision. NASA scientists believe Dimorphous is a somewhat porous asteroid, however, and so is a perfect target for this test mission.

DART is part of a multiphase, multinational effort called AIDA, Asteroid Impact and Deflection Assessment. Hera, the next phase of the project, is a craft built by the European Space Agency that will orbit the Didymos asteroid system and allow us to study the impact crater from DART in more detail. It’s scheduled to launch in 2024 and will reach the asteroids in 2026. By studying this impact thoroughly, it will allow us to replicate it in the case of success or make changes to ensure success with the next attempt.

Another part of this program is the NEO (Near Earth Object) Surveillance Mission, or NEOSM, which is a space-based infrared telescope developed by the Jet Propulsion Laboratory designed to find and characterize asteroids and comets that are near Earth. It will be situated between Earth and the Sun, and will “look” out toward the solar system. It’s easier to detect near-Earth objects by measuring infrared light than it is to use visible light, because many of them are too small to reflect the amount of light necessary for us to see them. This will launch in 2025.

“At its core, DART is a mission of preparedness, and it is also a mission of unity,” says Thomas Zurbuchen, associate administrator for the Science Mission Directorate at NASA’s headquarters in Washington D.C..

We can only hope we’ll never need to defend Earth from impact. But history has shown we will more than likely see this possibility in the coming centuries. NASA, ESA, and other agencies around the world are working to ensure we are prepared.

Click through to read all of “How Will NASA’s DART Asteroid Mission Work?” at GeekMom.If you value content from GeekMom, please support us via Patreon or use this link to shop at Amazon. Thanks! 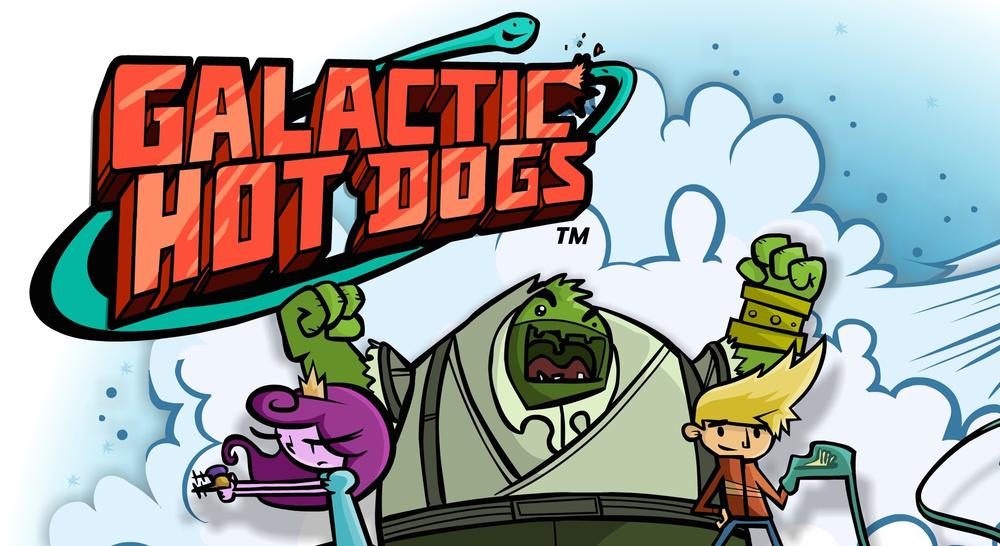 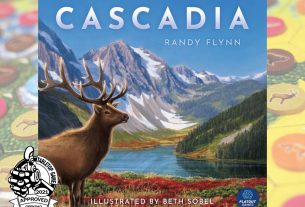 Reaping the Rewards: Build the Best Habitat in ‘Cascadia’