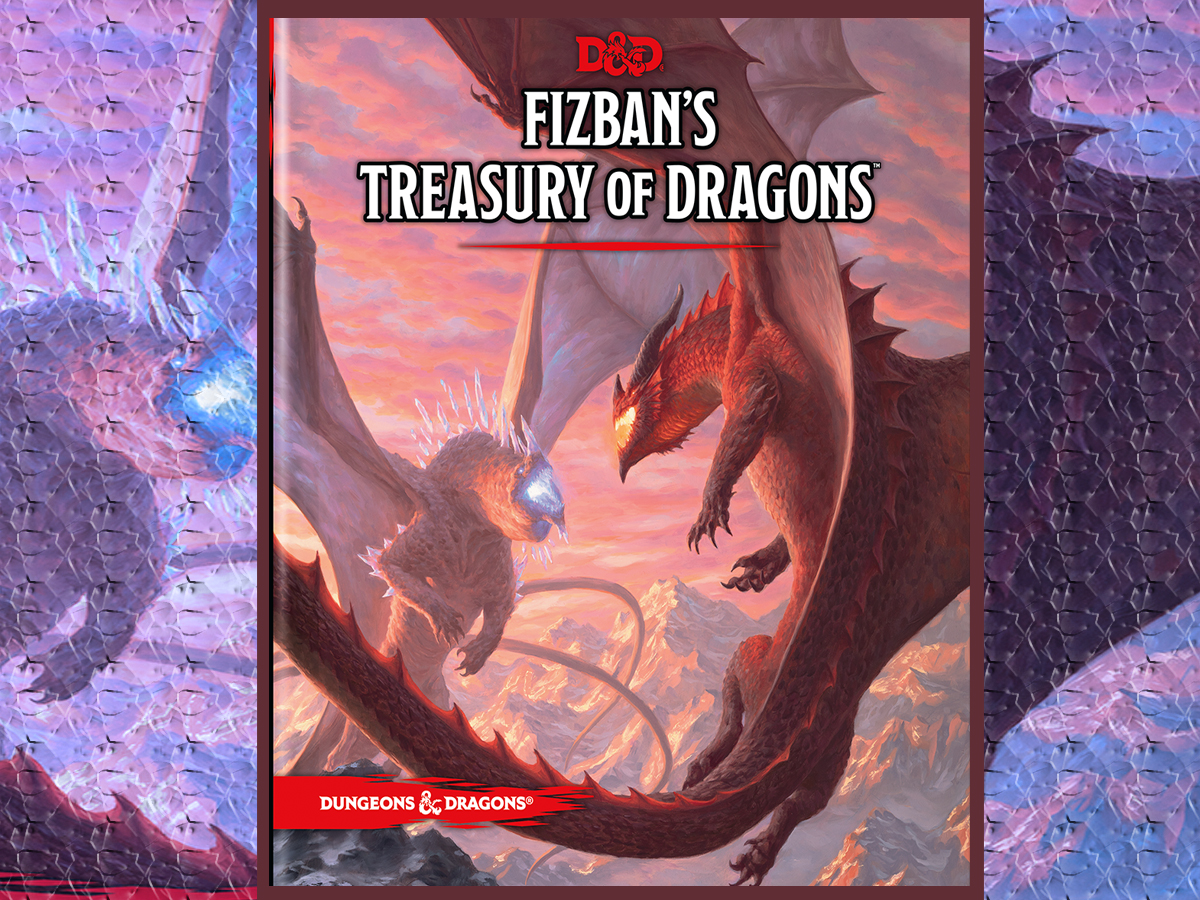 It’s been a long time coming but finally, with Fizban’s Treasury of Dragons, Dungeons & Dragons’ 5th edition has a whole book dedicated purely to their eponymous monster overlords. Dragons are here in abundance; now we just need to wait five more years for the Dungeons bit…

I didn’t have a lot of expectations for this book, hidden as it at the tail end of the year and taking up the usually less exciting, non-campaign book position of the annual D&D release schedule, but Fizban’s Treasury of Dragons really took me by surprise. It’s an excellent compendium of all things dragon. From playable races to lairs and hoards, this tome really has it all.

But, if you’re anything like me, you probably just want to discover a whole truckload of new and fearsome dragons to set against your players. And if there can be something unexpected, exciting, and especially dangerous about those dragons, then even better!

Thankfully, as you might expect, Fizban’s Treasury of Dragons does contain a whole truckload of new, exciting and dangerous dragons. There are 70 dragon-based creatures and monsters in this book, and they range from Ancient Deep Dragons to Egg Hunters, and from Hoard Mimics to Draconian Mages.

And for Dungeon Masters, there’s something even better than the bestiary here: it’s the Draconomicon, a catalogue of how to create, develop, and play your dragons as the colossal terrifying threats they are. This unparalleled tool gives DMs everything they need to build an unforgettable dragon encounter, from creating your dragon and its lair, to setting out the adventure, Fizban’s Treasury of Dragons really does have everything a dragon-loving dungeon master needs.

I could write endlessly about how impressed I am with this book and how excited I get just thinking about destroying my friends with dragons, but instead I’m going to list my top 5 dragons included in Fizban’s collection and explain why I think they’re so good and why my players should be scared.

This dragon is a beast, not because they’re particularly hard to defeat or will likely rip your players apart, but because they look so cool. At challenge rating 18, your players will probably find a way to defeat this dragon relatively easily, but the narrative of who they are and why they look like they do is too fun to miss. My gaming group recently finished a 5-year-long campaign and it ended at the Nexus of Reality (I know, right!) where the heroes had to sacrifice themselves to save the universe. I couldn’t resist having this hollow dragon be the guardian of the Nexus, and their Radiant Breath and Ghostly Binding abilities really took my players by surprise. This was a fun dragon to play. 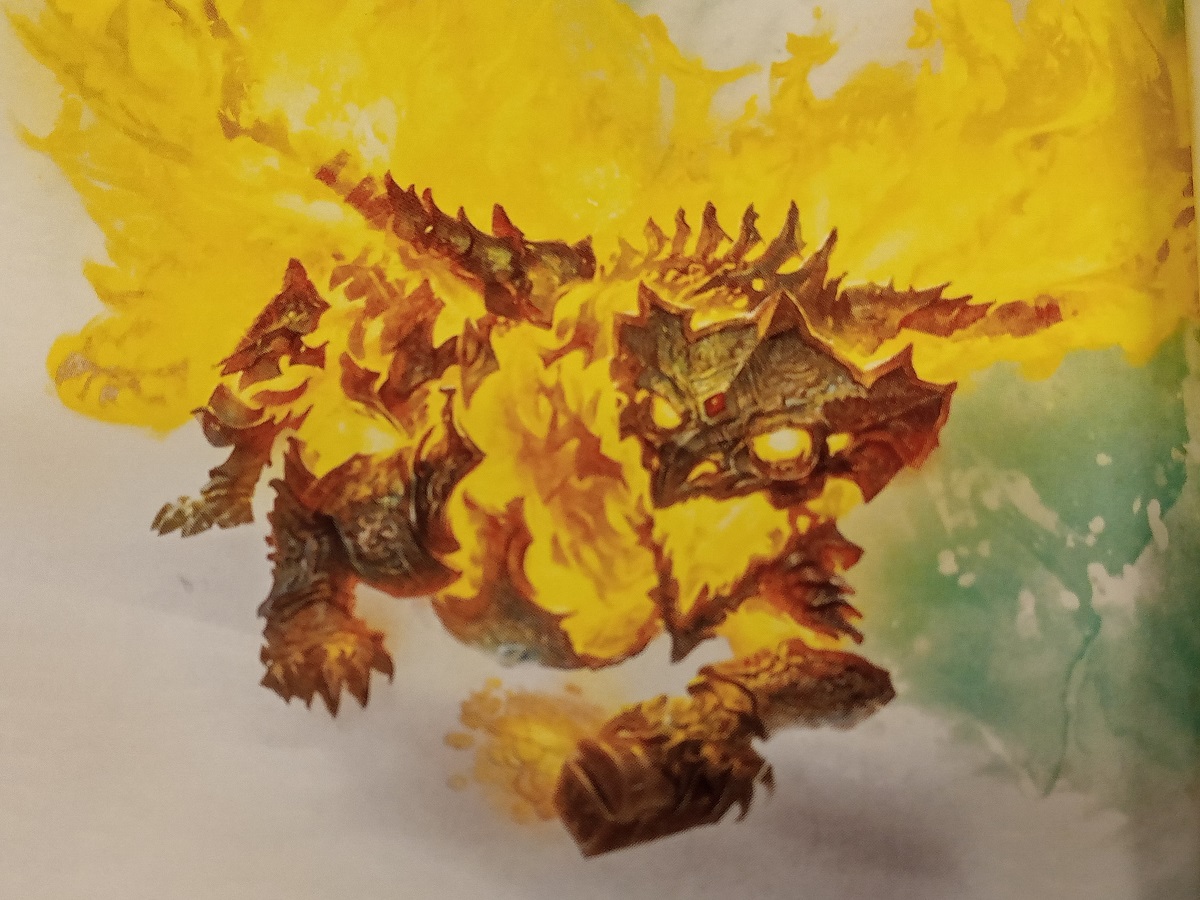 Mindflayers are one of the scariest kinds of monster you can fight in Dungeons & Dragons and until recently I assumed that the Elder Brain was as scary and terrifying as it got. Then this happened. The Elder Brain Dragon is a gross, disgusting, gargantuan aberration that can serve as a powerful general to an illithid army, free from the confines of an Elder Brain’s brine pool. At challenge rating 22, this could be a terminal threat to most adventuring parties, and they better watch out for that Tadpole Brine Breath, which in addition to dishing out masses of psychic damage also infests its enemies with Mindflayer tadpoles, eventually enslaving them to be a part of the great Mindflayer society. 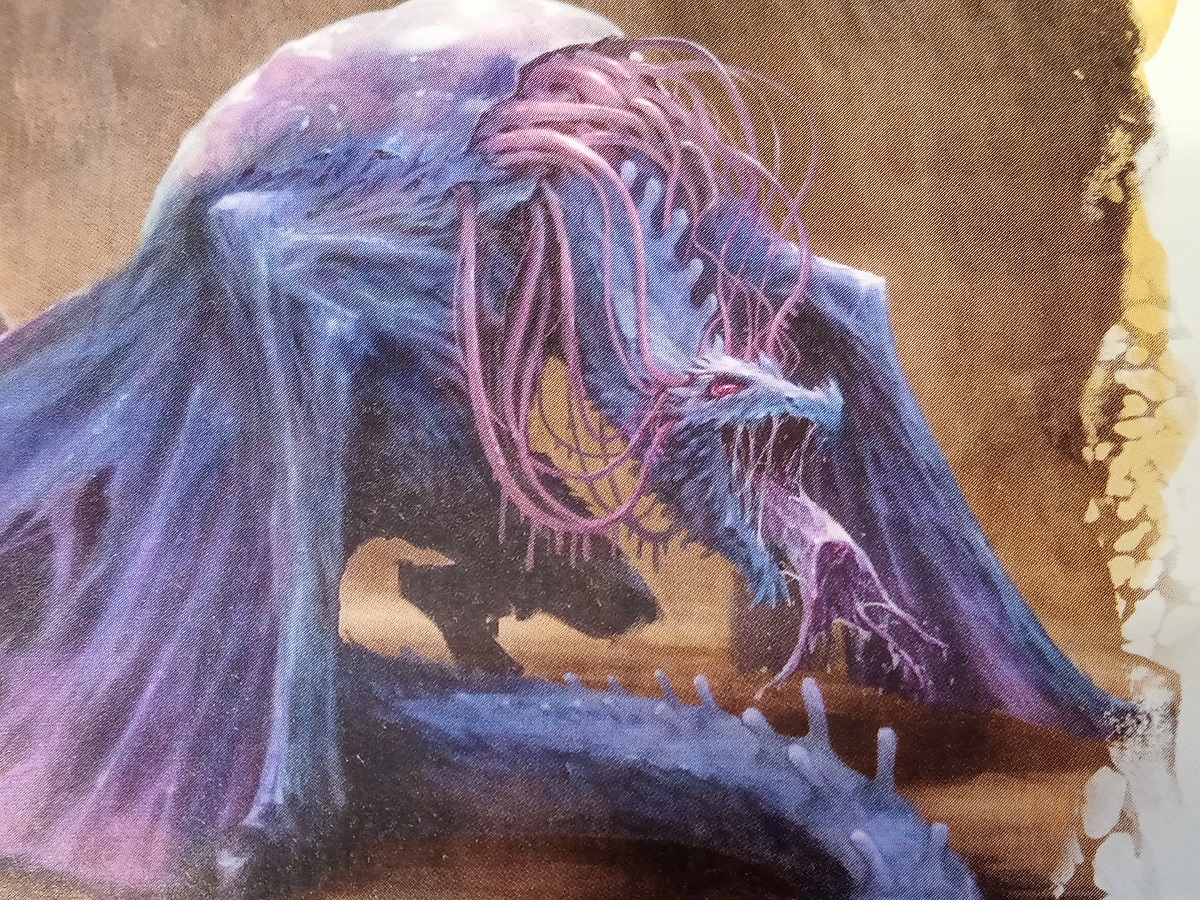 A dragon with five heads—what’s not to love? This challenge 11 monstrosity is a great foe for mid-level heroes. It has all the benefits of being a hydra—head regeneration and all—with the added draconic bonuses of being able to fly and shoot out its fearsome Prismatic Breath weapon. The dracohydra’s prismatic breath is a multicolored mass of energy that contains the essence of a chromatic dragon’s elemental power. 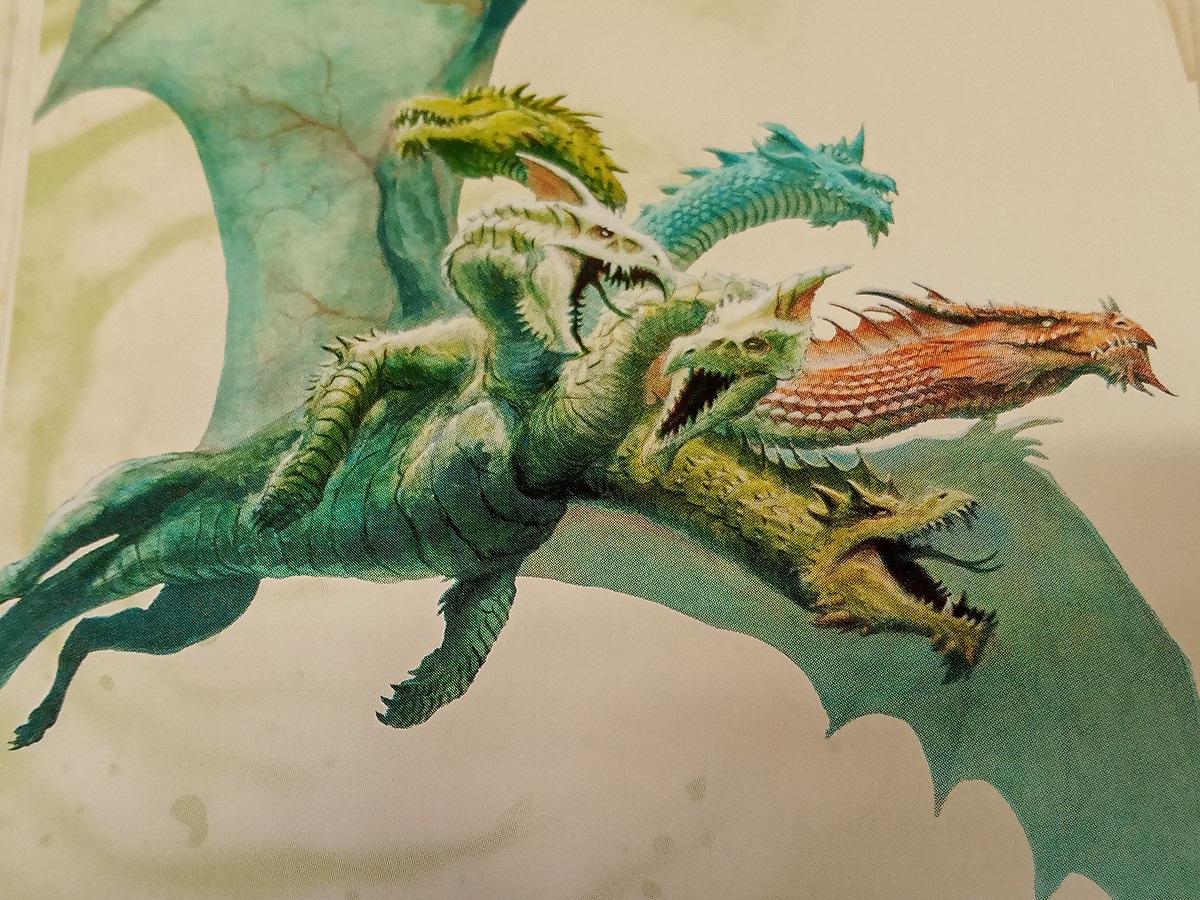 Fizban’s Treasury of Dragons introduces two significant new aspects to dragons for 5th edition: the greatwyrm class and the gem variety of dragons. The Gem Greatwyrm is the perfect combination of these two aspects.

Prior to this tome, an Ancient Dragon was as big and as bad as they got, but the Greatwyrms outmatch them by miles. Greatwyrms are ancient dragons that have ascended into creatures of god-like power. Often at least 12 centuries old, they have hoards worth millions of gold pieces. Chromatic and Metallic dragons were also as far as the types of dragon went before Fizban’s came along. Now, however, there are a whole host of gem-based dragons which can be just as fun and unexpected.

So, with a challenge rating of 26, the Gem Greatwyrm is a formidable foe with access to almost unimaginable power. Over 500 hit points, 4 legendary resistances, teleportation, psionic spellcasting, and a breath weapon that deals 11d12 force damage make these dragons some of the fiercest you’ll come across in your roleplaying career. 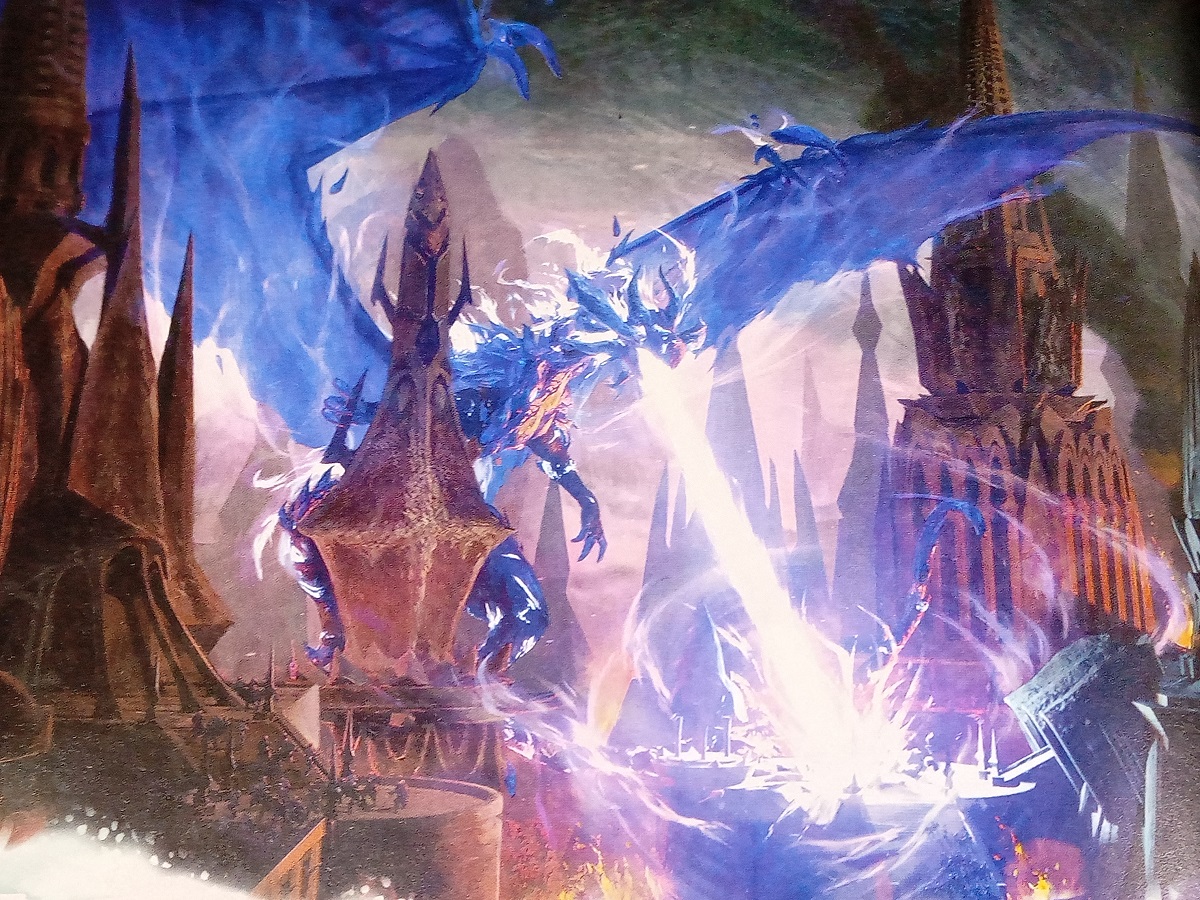 Okay, so this one technically isn’t in Fizban’s Treasury of Dragons, but you can use this book to make the standard Monster Manual version of the Ancient Black Dragon into something truly epic. If it wasn’t already epic enough. Essentially the Draconomicon section of Fizban’s Treasury of Dragons acts as its own Dungeon Master’s guide and you can use it to create an entire story based around each featured dragon type.

There are five pages solely devoted to making the most of your Black Dragons—this is the same for all of the chromatic, but Black Dragons are my favorite and so earn their place here.

Here’s my first attempt at using the book to roll an ancient Black Dragon, its connections, lair, and hoard:

Personality: I have witnessed the rise and fall of civilizations. What considerations does a creature as pitiful and short-lived as you deserve?
Ideal: Serenity. Observing a culture sliding into oblivion along the trek of time puts life in perspective.
Adventure: A Black Dragon and a group of Adventurers are hunting the same treasure in the ruins of a partially sunken city.
Connections: The decades-long machinations of an Ancient Black Dragon and an evil Archmage are nearing fruition. If their pact succeeds, they will unleash devastation on a continental scale.
Lair: A derelict chapel in a swampy lake filled with grasping muck and noxious gas.
Treasure: A lavishly illustrated genealogy kept in a magically sealed container that disputes a current monarch’s right to the throne.

Just from those six features alone I can already see a whole campaign forming in my mind. And that is just for one dragon type! This book really is very good. 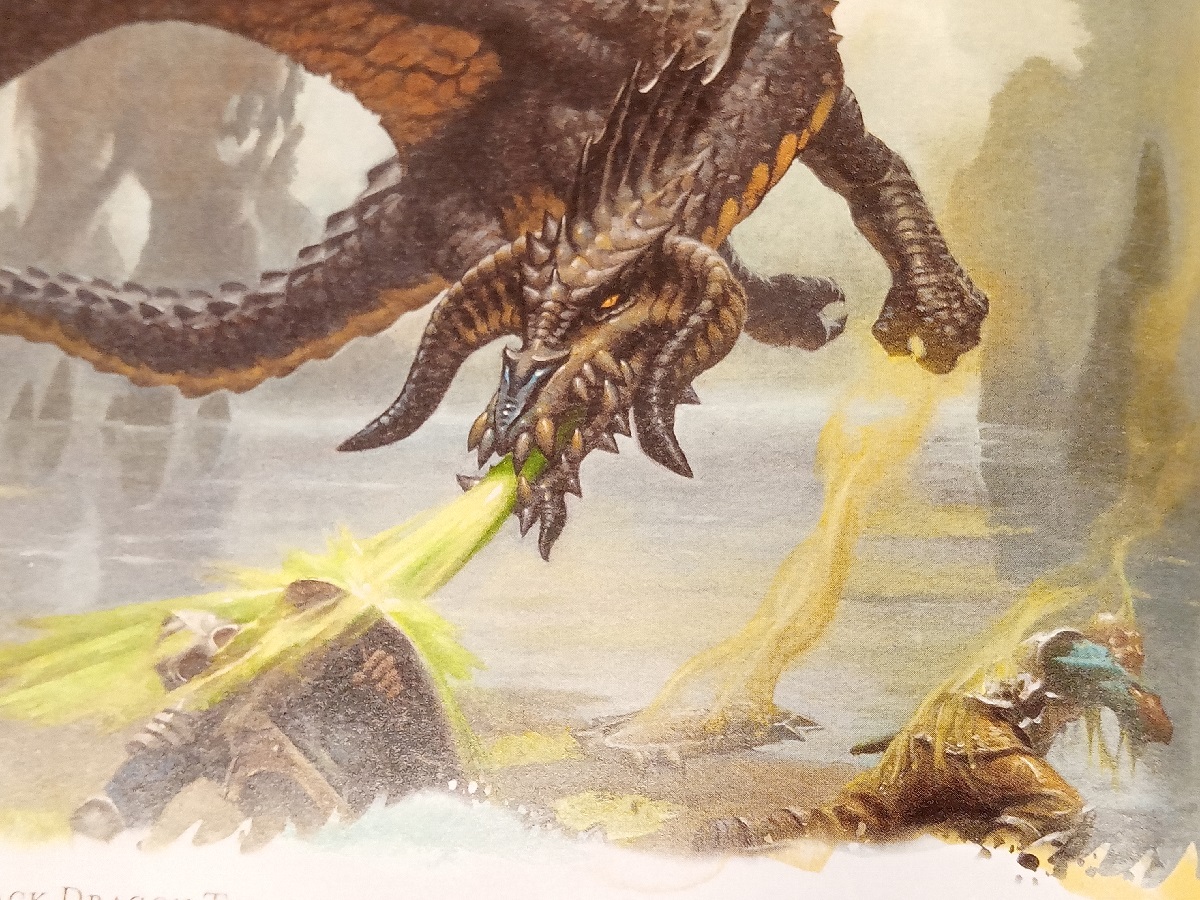 Fizban’s Treasury of Dragons has more than I could have hoped for and it will make my future games of Dungeons & Dragons all the more terrifying for my players. The biggest difficulty is going to be deciding just how to fit 70 types of dragon in to a single campaign story. I sense another 5-year-long campaign on the horizon.

GeekDad received a copy of Fizban’s Treasury of Dragons for review purposes. 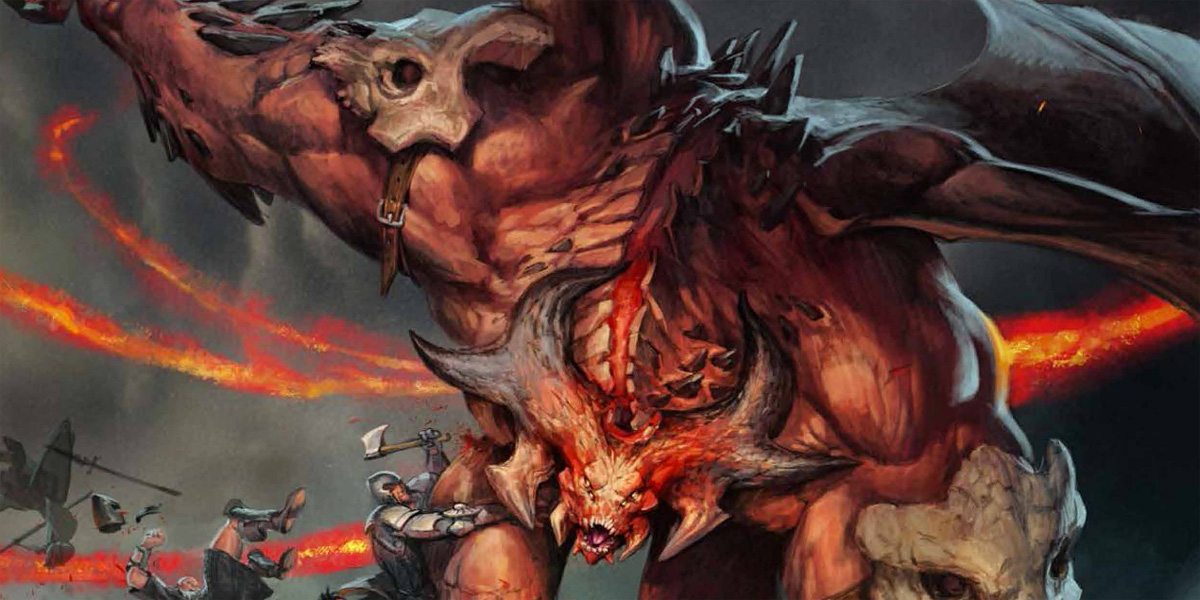 ‘PACG Wrath of the Righteous’: Into the Worldwound