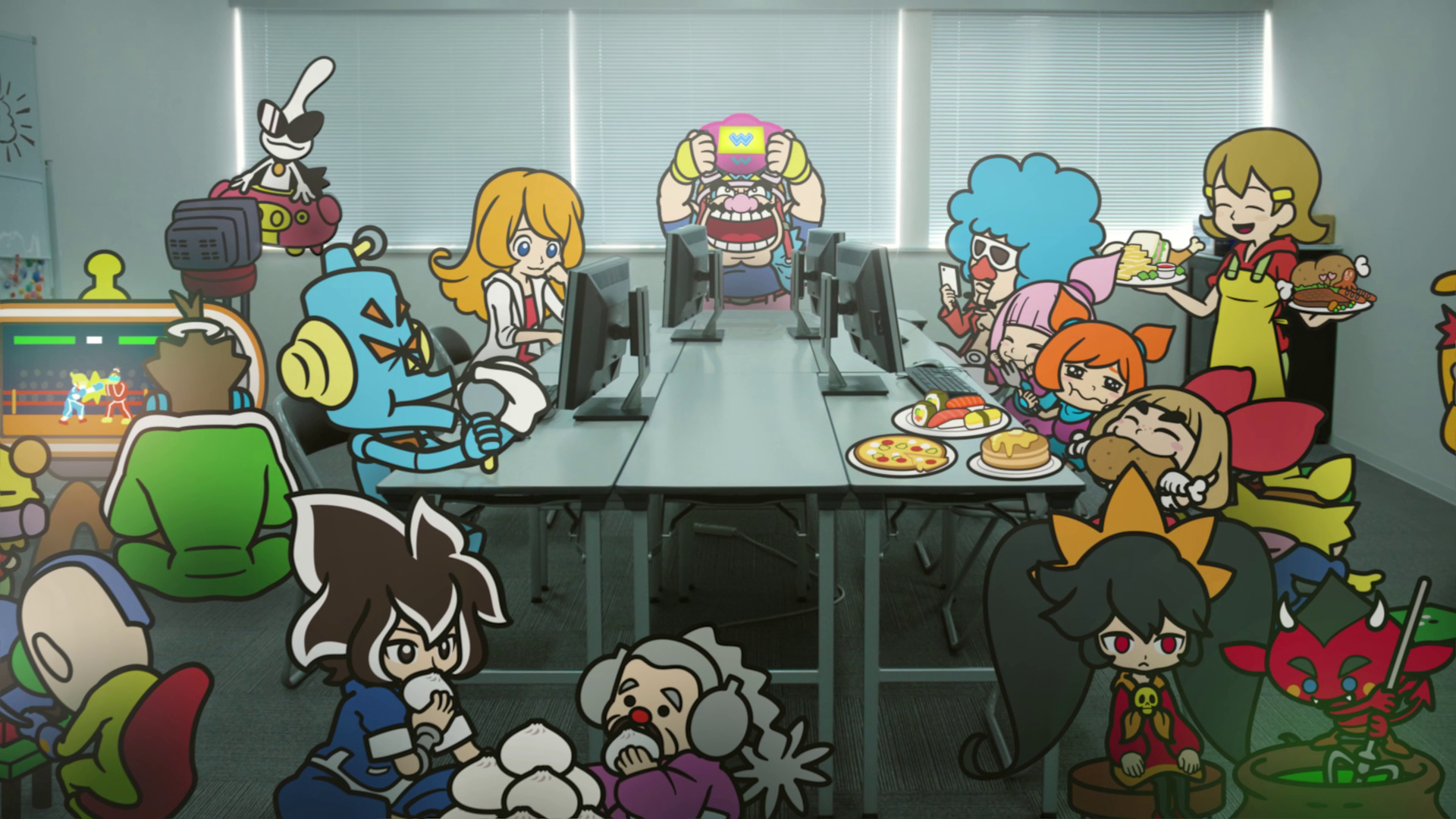 While Wario is known for his unlikely sports prowess, his sweet chopper, and even his occasional shape-changing antics, I reckon we can all agree that nothing screams “Wario” quite like the WarioWare franchise. Realizing that there’s more money to be made by creating videogames than by starring in them, Wario first began combining fast-paced gameplay with minimal instruction all the way back in 2003. Since then each new edition has added a little something extra to the series’ ridiculous canon, with the latest title, WarioWare: Get It Together!, landing on the Nintendo Switch later this week.

As the name implies, Get It Together! is all about exploring the easy multiplayer afforded by the Nintendo Switch. This extends to the game’s core Story mode, which tells the tale of the WarioWare crew being sucked into the game world of its latest creation, but it also includes multiplayer in its more traditional modes of play as well.

One or two players can experience the Play-O-Pedia, an ongoing list featuring all the microgames thus far unlocked. Similarly, the Variety Pack mode boasts a bevy of one- to four-player games, including co-op content like Daily Grind (my favorite part of my early preview) and the ball-bopping Gotta Bounce and competitive games like the Pong-inspired Puck’er Up and pseudo-tabletop game Sly Angle.

This all helps to make WarioWare: Get It Together! a great experience for family gaming, as clearly the passing of Joy-Cons is written into the title’s very DNA. However, this never occurs at the expense of the single-player experience.

To that end, Get It Together! employs a team-based approach so that, even when you’re playing alone, you’re never really alone.

The overworld map of the Story mode is divided into various separate themed worlds—like you do—and from the jump-off (in this case the Intro Games tier), Wario is ably assisted by his quirky coworkers. You begin with a three-person team consisting of the man himself backed up by martial artist Young Cricket and uber-gamer 18-Volt.

Then, as you make your way through the map, you unlock additional characters and more slots to fill out your active team. Obviously, this is where all that classic WarioWare fun and funkiness comes into play, with fan-favorite characters (like Jimmy T and Dr. Crygor) tied to appropriately odd microgame theme-packs (like Sports and High Tech respectively).

Things get really interesting when you make your way to the Fantasy and Nature worlds. These bring in pairs of characters instead of single new additions, with one of each inextricably tied to both the first and second player positions.

The Fantasy realm gives us Diamond City cabbies Dribble and Spitz, both of which control similarly in their matching flying taxis, save that Dribble always fires his bazooka projectiles to the right while Spitz can only shoot to the left. Ninja sisters Kat and Ana—first becoming available in their Nature-themed world—behave similarly, which Kat tossing shuriken to the right and Ana to the left. Their true movement quirk, however, is that they continually jump. And therein lies the real genius of Get It Together!

Even singletons like witch Ashley, the extraterrestrial Orbulon, and retro-gamer 9-Volt (found in the Food, Culture, and Nintendo Classics game worlds—likely the very best this edition of WarioWare has to offer) have specific control characteristics that can quickly make them your absolute favorite or your most dreaded inclusion.

The Crew mode gives you space to practice with these disparate control types, like Ashley’s omnidirectional spells and Orbulon’s bottom-mounted tractor beam. It also houses your Play Data, providing you the number of plays, number of wins, and overall win rate for each available character.

Of course, as WarioWare lives and dies by the content of its microgames, that’s where each character’s controls are truly put to the test. Whether you’re squeezing toothpaste with scooter-girl Mona or exploring ridiculous takes on Nintendo titles (including everything from iconic levels from Super Mario Land and Ice Climbers to hilarious modern fare like the tea party mini-game from Fire Emblem: Three Houses) with 9-Volt, you’ll experience all the fun and frustration that Get It Together! has to offer.

Particularly devious entries include microgames like the Fantasy world’s Bubble Count, where you’re tasked with counting items that are—get this—destructible. This means that on your way across the screen to the number four, you might pop a bubble, changing the correct answer to three even as the seconds tick down. Also in Fantasy you’ll find Fishy Felines, a microgame that wants you to only collect the specific number of fish—no more.

With these (and even the more basic microgames) things can really take a turn at higher levels, where you’re expected to achieve more challenging goals under more stringent circumstances. In true Wario fashion, the addition of one or more additional players to the mix just means that there’s plenty of blame to spread around when things inevitably go sideways.

And that, my friends, is the very magic of WarioWare: Get It Together!; you get to experience all of the silly suggestions, slowly-burn anxiety, and epic failure you’ve come to expect from WarioWare… now with a built-in audience.

Losing that last collective life on your way to an over-the-top bossfight means sacrificing hard-earned coins for the chance to continue, and when you’re pulling those from a pool the whole family has contributed to, things can get heated. So grab a friend, fire up your Nintendo Switch, and pick up WarioWare: Get It Together! when it launches this Friday. Because all the associated laughs, groans, and petty disagreements are exactly what Wario had in mind!

Review materials provided by Nintendo of America. This post contains affiliate links. 5-Volt’s angry-mom-warp is truly the stuff of nightmares. 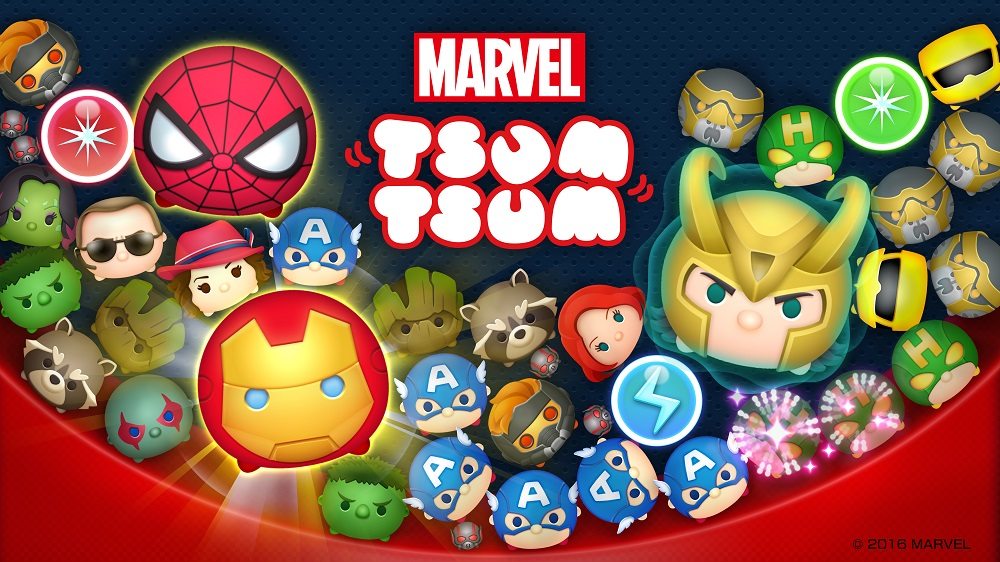