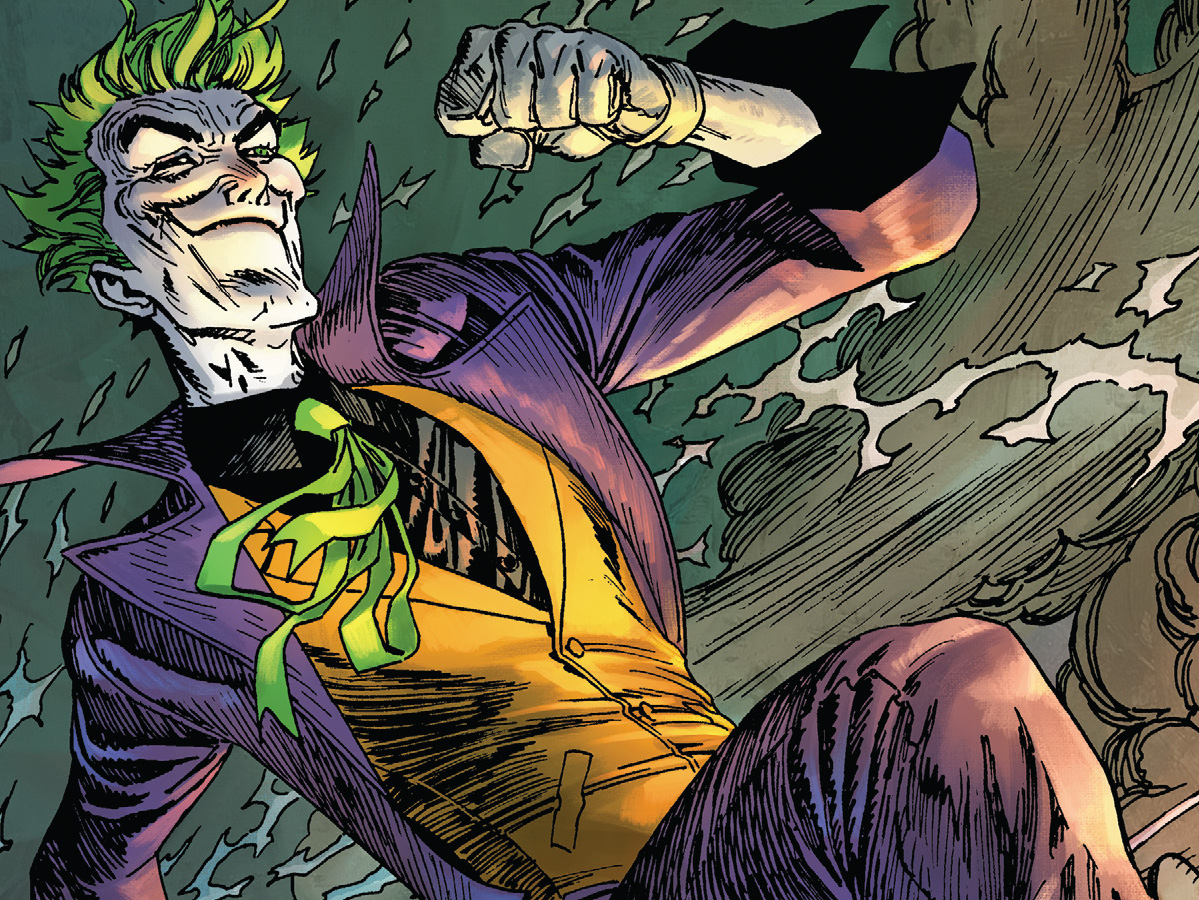 Ray: After a one-month hiatus for an excellent flashback story, we’re back to the main narrative—but Joker is surprisingly absent. The clown went into the night after he spared Gordon in the aftermath of the battle in Belize, and he hasn’t resurfaced yet. Jim has traced him to Paris, but the case has gone gold, and he’s left alone with his thoughts. I’m loving how the old-school noir narration is giving us so much new insight into the type of person Jim was off-panel when he wasn’t solving crimes—and it’s not always the prettiest picture. He may have been a great cop, but he wasn’t a great husband or father all the time—and it cost him a lot. But at the same time, conversations with Barbara and Bullock show how much trust he’s built over the years.

There might be no Joker in this issue, but that doesn’t mean the stakes are low. Last issue we were introduced to a deadly new clan of villains, a wealthy family whose youngest son was a serial killer locked up in Arkham Asylum. But is that actually what’s going on here? It turns out that there might be a far more dangerous secret the family is covering up. As Jim explores Paris looking for clues—and finding himself increasingly out of place—he gets a little too close to some dark secrets and finds himself in deep trouble—just in time for one of his benefactors to make her return. This is an old-school detective thriller wrapped up in Gotham vigilante trappings, and I’m loving how it slowly unwraps its mysteries.

The Punchline backup has taken a step up since Sweeney Boo took over on art, with her vivid facial expressions being perfect for the story. This issue finds Harper getting close than ever to her target, going undercover in Blackgate to interrogate punchline personally. But while Harper’s a competent vigilante, she may just be in over her head for the first time as she gets played repeatedly by Alexis. Just as creepy? The slow radicalization of her brother Cullen as his new friend brings him into the cult of Punchline. Strong stories all around.