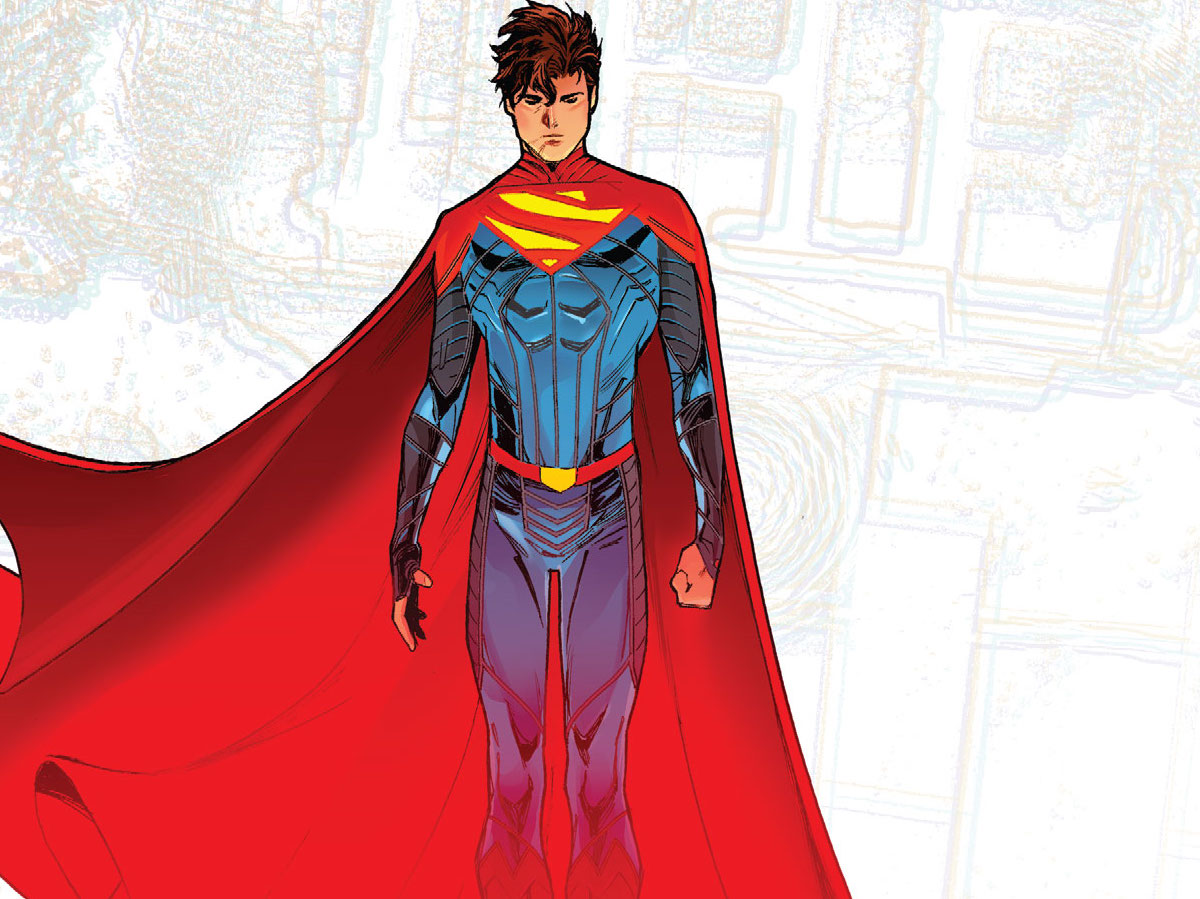 Ray: This is the most human Superman book we’ve had in years—it just happens to not star the Superman we know. The first issue of this title set up a young Superman who might not be satisfied with Superman’s way of reacting to crises rather than trying to change the world for the better, and this second issue doubles down on that concept. The story opens with Jon taking on a new secret identity so he can have a normal life as a college freshman—only for it to fall apart in record time as he’s forced to reveal his powers to prevent a school shooting. That, combined with a mysterious guerilla vlogger exposing the plight of refugees from Gammora, leads Jon to ask his father a hard question—why doesn’t Superman do more? Clark has a good answer—he’s not truly of Earth and always feels afraid to overstep—but that sets up the idea that Jon, as a true son of Earth, is perfectly suited to do more.

Much like last issue saw him try to interfere to help a young meta, this issue Jon takes some much bigger issues on. When the Gammoran government denies the existence of the refugees and they’re facing certain death, Jon lifts them to Metropolis—only to then have to make sure they don’t fall into the hands of a cruel and abusive government. The mysterious vigilante The Truth, who has a scary mask and seems like he was set up to be an adversary, soon proves to be something else entirely. This is a comic that has a lot on its mind and seems pretty angry about the state of the world, which is why it’s interesting that it ultimately feels so uplifting. Taylor seems to have faith that Gen Z superheroes, both real and fictional, will step up to help the world. The ending cliffhanger is a deep cut and sets up an unexpected first major villain for Jon to go up against in what could wind up being the best Super-book in a while.