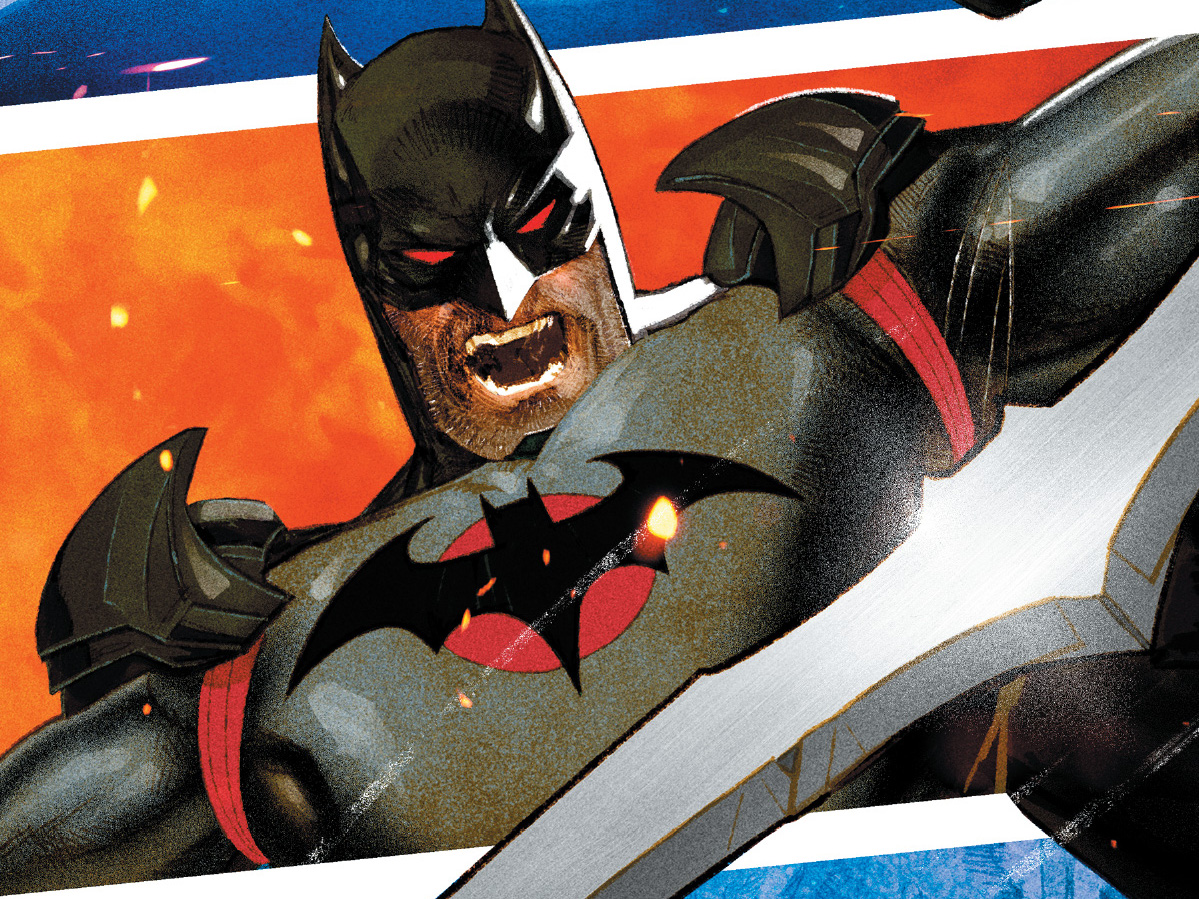 Ray: Things are heating up all across the multiverse, as the many different plots start to come to a head. The unlikely partnership of Thomas Wayne and Calvin Ellis is easily one of my favorite parts of this series, although I’m still skeptical about any possible redemption for Thomas after the recent events he was part of. We get a better look at President Superman’s world with this issue, and the shocking death of one of his greatest enemies raise the stakes pretty significantly. Someone is also looking into the mysteries of the multiverse—and they want to keep those secrets to themselves. Meanwhile, we finally get information on the fate of Cameron Chase, who seems to have been rescued from certain death by Director Bones. But if he was expecting gratitude for saving her life, he’s barking up the wrong tree—she wastes no time in turning on him and continuing to investigate the mysteries of this series.

The ending of the last issue had Roy Harper—under the control of the Black Lantern ring—being confronted by the revived Infinity Inc., led by Jade. Fortunately, this is dealt with fairly quickly—Jade is smart enough to not be suckered into a generic hero vs. hero battle, and this gives us the opportunity to catch up with some characters who haven’t had a spotlight in a decade, like Damage and Atom Smasher. And in the background, we’ve got Barry running for his life and the Justice League of the Multiverse dealing with their own affairs—until a shocking betrayal from one of their own throws the entire concept of the series for a loop and introduces a powerful new threat with a very specific goal—end the intermingling of the multiverse permanently and restore the old status quo. This is more character-driven than many events, but it still feels every bit like an epic multiversal crossover.