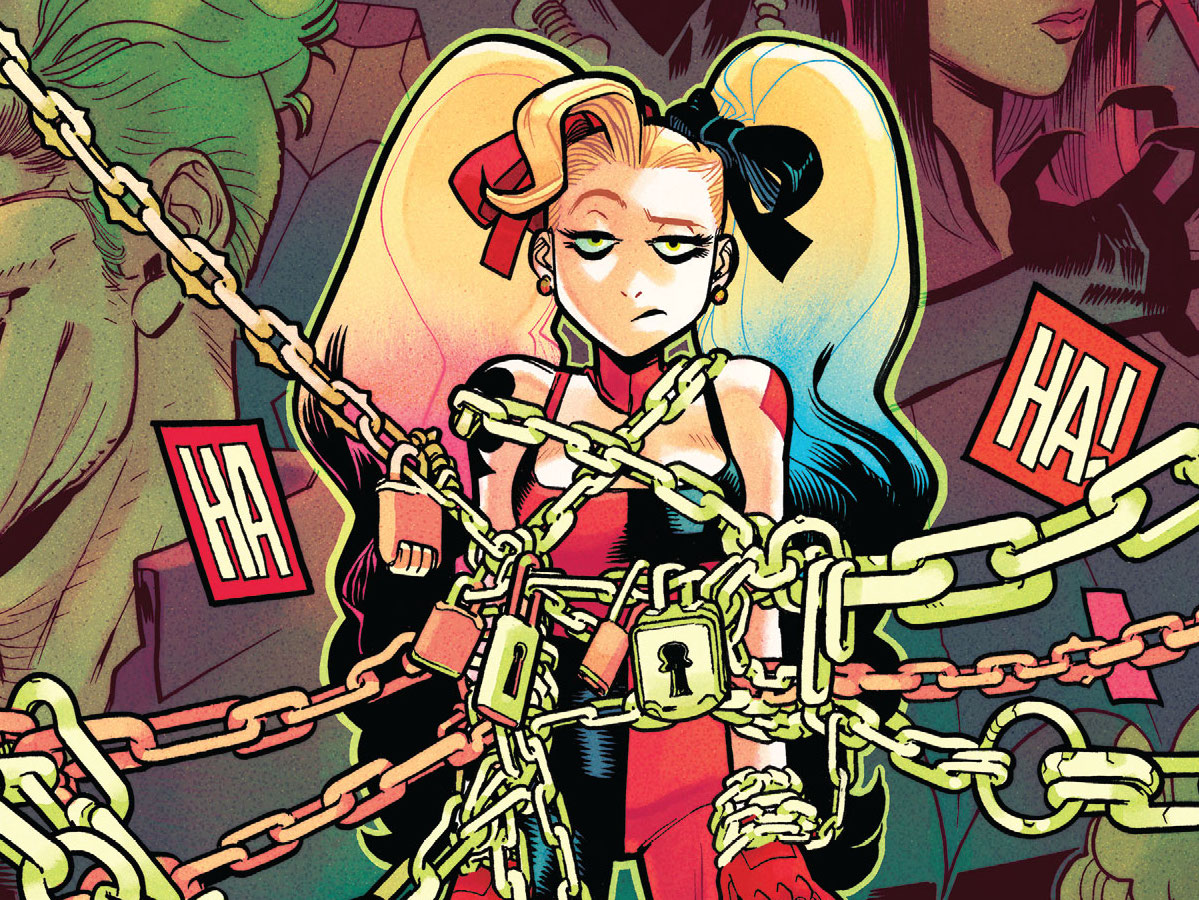 Ray: Many annuals make themselves side stories that don’t really affect the main narrative of the story, making it easy to skip. Not so much for Harley Quinn, which is coming only one arc into the main series. This is actually the first time we see Harley face off against the new villain Keepsake, who has been lurking around the background of the series since the beginning. In the main series, he’s a creepy stalker who seems obsessed with the villains of Gotham. Once he pulls the mask off this issue… not so much. He’s a D-list Gotham henchman who worked for and got fired by just about every villain in Gotham, started working for Joker around the same time Harley did, and has been obsessed with her ever since. At first, he seems like a generic Nice Guy villain, but as the story goes on, it’s impressive just how dangerous he becomes and how far he’s willing to go to fulfill his sick obsession.

While Harley’s caught in a complex game of cat and mouse with him, it falls to Kevin to play hero. A very different kind of ex-henchman, Kevin winds up tracing the case of Keepsake through his various former employers and cutting deals with Solomon Grundy, Mr. Freeze, and even Penguin to get back to Harley. Phillips has jettisoned most of Harley’s old supporting cast from the past run for this fresh start, but I do think Kevin is a great addition that adds some really interesting connections to Harley’s past. The twist ending of what Freeze wanted exactly is a good laugh, but even though this issue has some light moments, it also has some surprisingly dark twists. Keepsake may seem laughable, but he’s the type of villain who a lot of people—especially women—have encountered repeatedly. He’s a guy who has gotten lost in the twisted narrative in his own head, and that makes him more deadly than he looks.