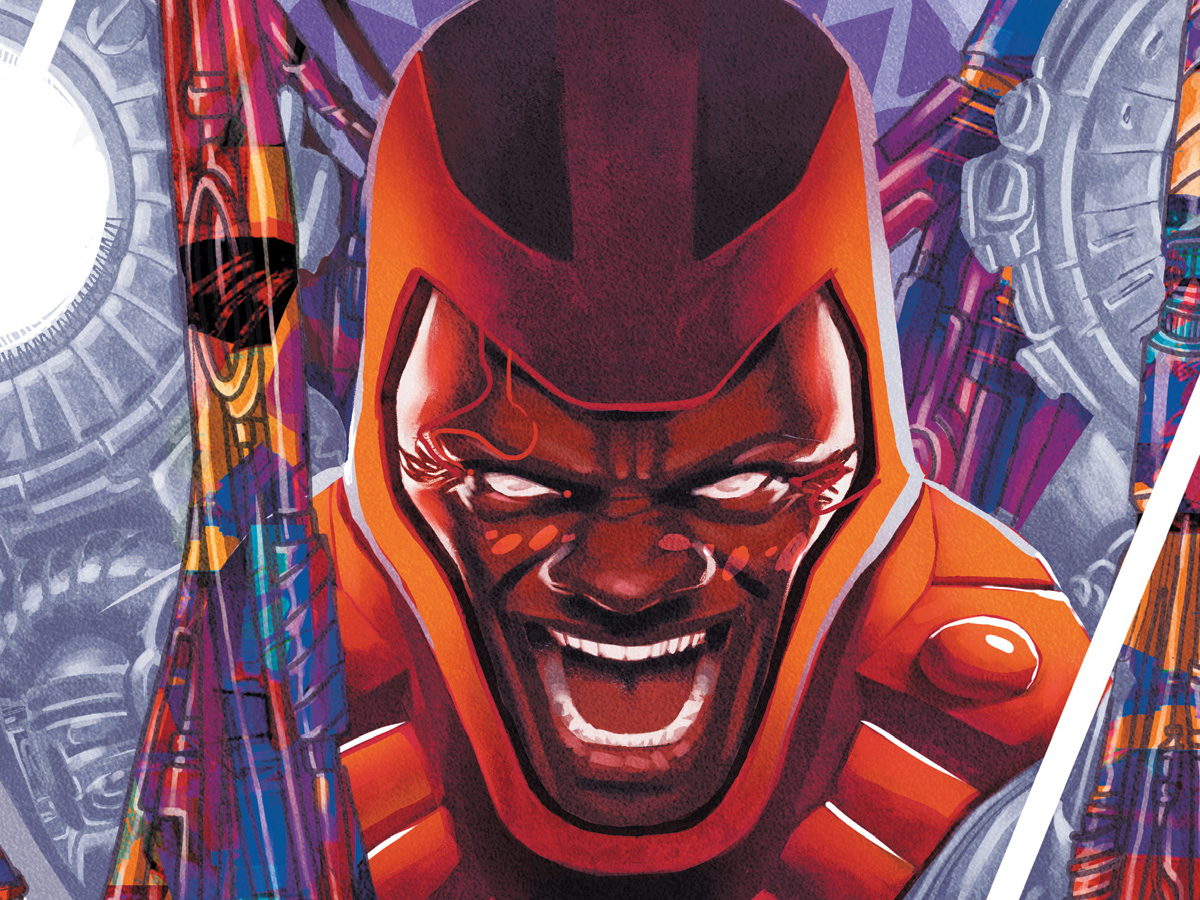 Ray: Of all the Milestone revivals, this is probably the one with the highest bar to cross. Hardware isn’t the most marketable of the Milestone heroes (Static) nor is he the one whose original run was the most acclaimed (Icon), and he never got to have the mainstream presence the other two did. What he does have? A raw, relatable story that takes him far above what he could have been in lesser hands—a grittier Steel or a black Tony Stark. There is no shortage of armored heroes out there, but Brandon Thomas starts this one in a unique place—as the most wanted man in America, blamed for triggering the Big Bang that led to the creation of countless superheroes and supervillains.

To bring this to life, you don’t get better than the art team of Cowan and Sienkiewicz, who have been turning out gritty, dark superhero stories for almost four decades. They haven’t lost any of their edge, and this story is a bit more action packed than you usually see from the art team. As Curtis Metcalf flashes back to his youth and how he went from a struggling activist family to being of the most powerful men in the world—and right back down to the bottom—we see him elude countless attacks from paramilitary forces. This is a hero who has no love for “law and order” and has no problem defending himself from what he sees as a frame-job—one set up by the man he called a mentor, Edwin Alva.

Obviously, Alva is no stranger to the Milestone universe. One of their most iconic villains, he’s a corrupt corporate executive and brilliant scientist. But what’s interesting about this issue is that it seems he’s NOT the man who set Curtis up. If his narration is to be believed, the plot against Curtis was set up by the authorities and Alva actually believes it. That doesn’t make him any less toxic, though. The dialogue between him and Curtis near the end of the issue sets him up as a smug snake with some deeply racist views towards his protege. Starting its tech-hero off with the whole world hunting him down is an intriguing start, but the stakes are high and this first issue is a strong start all-around.