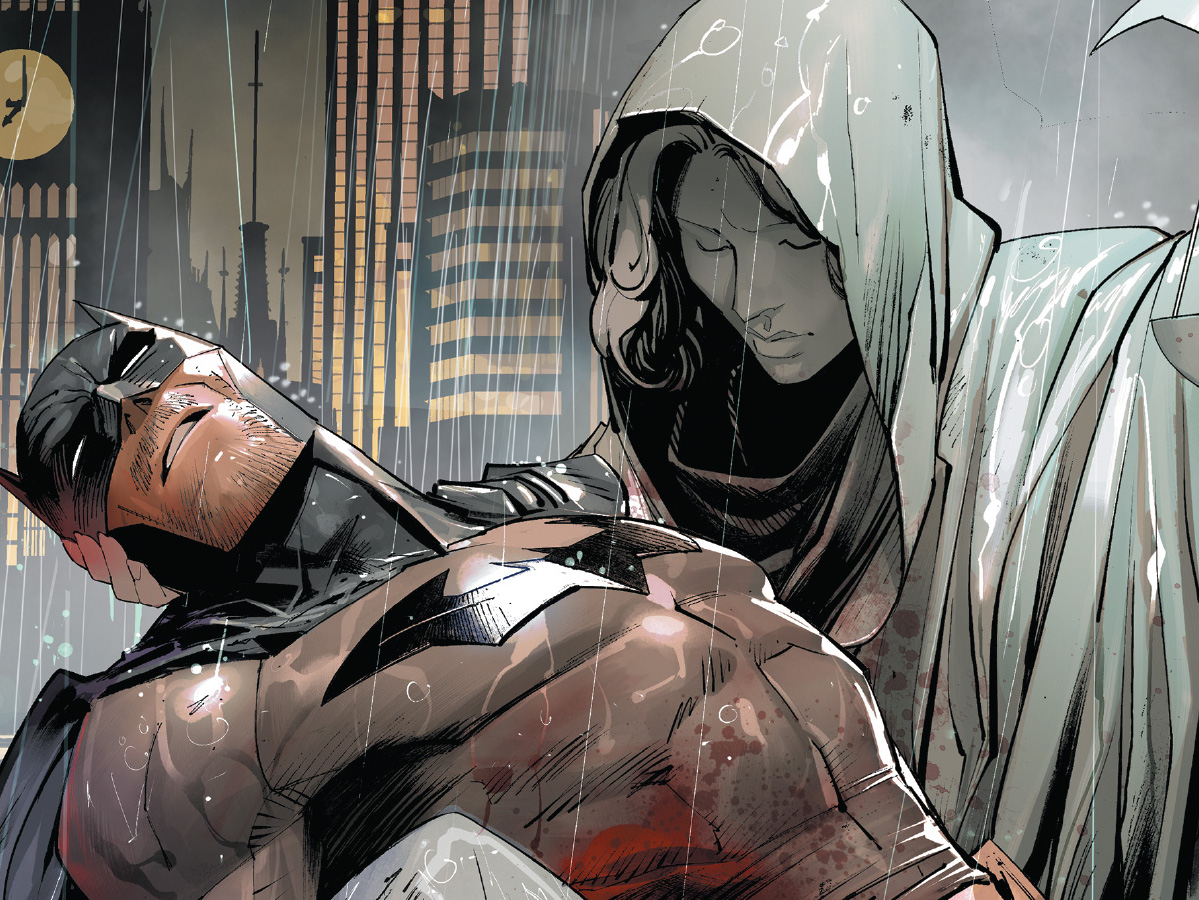 Ray: Bruce Wayne may have lost much of his fortune in Joker War, but Mariko Tamaki seems determined to take his situation from bad to worse in this run. While he was in jail being investigated for the murder of Sarah Worth, her deranged father had his house burned and Batman’s underground tunnels bombed. The real culprit, the deranged, parasite-infected Hugh Vile, has been captured by Worth and is being used to make bio-weapons, and Bruce is reduced to skulking around the city like a hobo hoping no one recognizes him. It’s an amusing total reversal of fortune for the powerful man, but it also emphasizes just how much power Worth has in the city—even the law and justice isn’t enough to stop him.

While the threat of the parasites is decreasing and some of the victims are recovering, Batman finds a new threat chasing him as he is ordered to turn over Bruce Wayne by a group named the Jury. It turns out to be a motley crew of villains led by Worth and Penguin, aiming to conduct a show trial of Batman filled with guns and poison in Bruce Wayne’s place. The narration does a great job of illustrating how all of Bruce’s views on justice are sort of falling apart around him in this story, and the ending delivers one last twist in the saga of Hugh Vile. Worth is maybe a bit too one-note as a villain, but he’s an effective first adversary for a Bruce Wayne who has lost much of his former power.

Coming up in the backup is a preview of the upcoming Task Force Z book, which will feature resurrected versions of Gotham villains led by Red Hood. It focuses on Deb Donovan, as she investigates weird goings-on around Arkham, checks on the bodies of the victims of A-Day—not all of whom are where they were left—and gets threatened by a gun-toting goon trying to get her to drop the story. But when even Vicki Vale can’t scare her off the story, she winds up getting a visit from a surprising character who offers her more information. It’s an intriguing, slow-burn start to what’s likely to be one of DC’s more offbeat books. 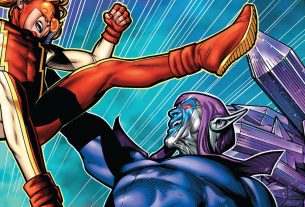 Review – The Flash #779: Reunion in Gemworld