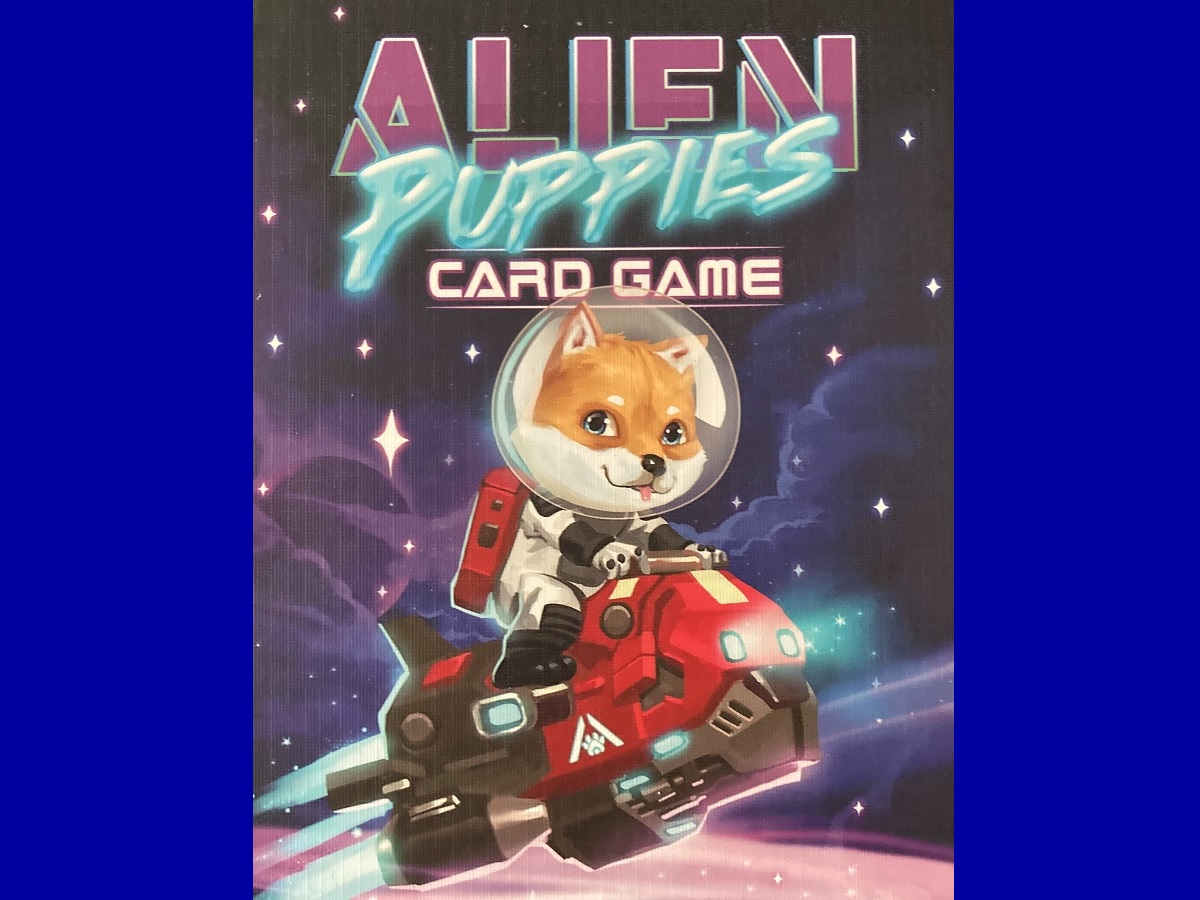 In a future not so distant, humans are no longer in charge. Instead, an advanced civilization of Puppies rules the universe. Puppies on Earth seem to have everything under control. However, the threat of Barkmageddon threatens. Can Alien Puppies help save the day for all puppykind?

In this Reaping the Rewards article, I take a look at the finished product from a crowdfunding campaign. Alien Puppies was initially funded through Kickstarter in October 2020, and was shipped to backers in April 2021. It’s currently available from the designer’s website as well as from Amazon. This review is adapted from my initial Kickstarter Tabletop Alert.

What Is Alien Puppies?

Alien Puppies is a game for 2-5 players, ages 7 and up, and takes about 15-20 minutes to play. Alien Puppies was designed by Piotr Hoang and Kim Anh with artwork illustrated by the artists behind Cyberpunk 2077 and Titan Comics.

Alien Puppies consists of a deck of 77 cards of the following types:

The Alien Puppy cards are the ones you need to win the game. They can be played to a player’s backyard and provide a unique special ability when they are played. Some abilities are instantaneous while others continue as long as that extra-terrestrial canine is in your backyard.

Each Earth Puppy card features a unique name and artwork. However, all of these cards function in the same manner. You want to collect sets of two or four of these puppies to create a special power.

The majority of the cards in the deck consist of Action cards. There are eleven different actions with 2, 4, or 6 copies of each Action card. Some of these allow you to steal Alien Puppies from another player’s backyard. Others let you shuffle the draw pile, view another player’s hand, or even stop another player from playing a card and sending it to the discard pile instead. Most of the action in the game takes place with the Action cards.

Barkmageddon is the card you do not want to draw. When you draw this card, you must either send an Alien Puppy from your backyard to the discard pile or discard three cards of your choice from your hand.

How to Play Alien Puppies

The goal of the game is to be the first player to collect three Alien Puppies in your backyard.

Setup is quick and simple. Shuffle the deck of cards and then deal 5 cards face down to each player. Next, put the remaining cards in the deck face down to create the draw pile. The area immediately in front of each player is their backyard. You are now ready to play.

In Alien Puppies, players take turns that consist of two parts. First, a player gets one action. One possible action is to play one Alien Puppy from their hand to their backyard. Another action is to play an Action card. Finally, a player may play combos of Earth Puppies. By discarding two Earth Puppies as one action, a player may destroy one Alien Puppy in another player’s backyard and send it to the discard pile. Or the player can take any card of their choice from the discard pile. By playing a combo of four Earth Puppies, a player can destroy two Alien Puppies or take two cards from the discard pile. A player can also choose not to take an action. Some cards when played let players take additional actions. After the action part of the turn is completed, the player must draw a card from the top of the draw pile. There is no maximum hand limit and this part of the turn cannot be avoided.

Why You Should Play Alien Puppies

Alien Puppies is a quick card game that is easy to learn. It is perfect for a game night to play along with other games or for when you want to play a game and don’t have a lot of time. Since it only takes about 15-20 minutes to play, it is easy to play several rounds at a sitting—and I am sure one round will not be enough. Comparisons will be made with other games of this genre such as Exploding Kittens. However, I like the cyberpunk look and the art on the Alien Puppies cards better. I also like the quick gameplay where players play a card, or a combo, and then draw a card. This keeps all players engaged as they are watching each other and preparing for their own turn. Earth Puppies can be quite powerful when played in combos. The ability to destroy another player’s Alien Puppy or to get a card from the discard pile, such as an Alien Puppy, can really change the game. I really like the Action cards and the different abilities they provide. They really give a “take that” aspect to the game, which further keeps players on their toes. Finally, the Alien Puppy cards are great. Some of their abilities are better than others. I won a game in a single turn when I only had one Alien Puppy in my backyard. I played Nebula Pincher, which then allowed me to play another Alien Puppy from my hand to my backyard. Luckily, no one played a Stop action card on me.

I had a great time playing Alien Puppies. After playing one game, everyone will want to play another, especially those who did not win the first time. The cards are completely family-friendly. The suggested age is 7 years and up. However, I would base it more on a child’s reading level and whether they can understand what the cards do. When playing with young children, a few rounds of practice are a great idea where they can get some help playing their cards. While the game is easy to learn, there is also a lot of strategy involved in winning. In addition to playing Alien Puppies with my family, I also used it during a game analysis project for my high school game design class. The students were required to play a tabletop game and then break down the various features of the game and then essentially write a mini review of the game. The group that chose Alien Puppies had good things to say about the game. They liked that the rules were fairly simple and that they could get started playing within just a few minutes of opening the box. They also enjoyed the ‘take that’ aspect with the action cards as well as the short play time so they could play several games within a session. From my observation of them playing, these teenagers were very engaged in the game and having a good time playing it. After playing the final product, I recommend Alien Puppies as a great addition to any game collection and especially for families where cute puppy art and quick gameplay make this a game that will hit the table frequently.

For more information on this game, visit the Alien Puppies website. 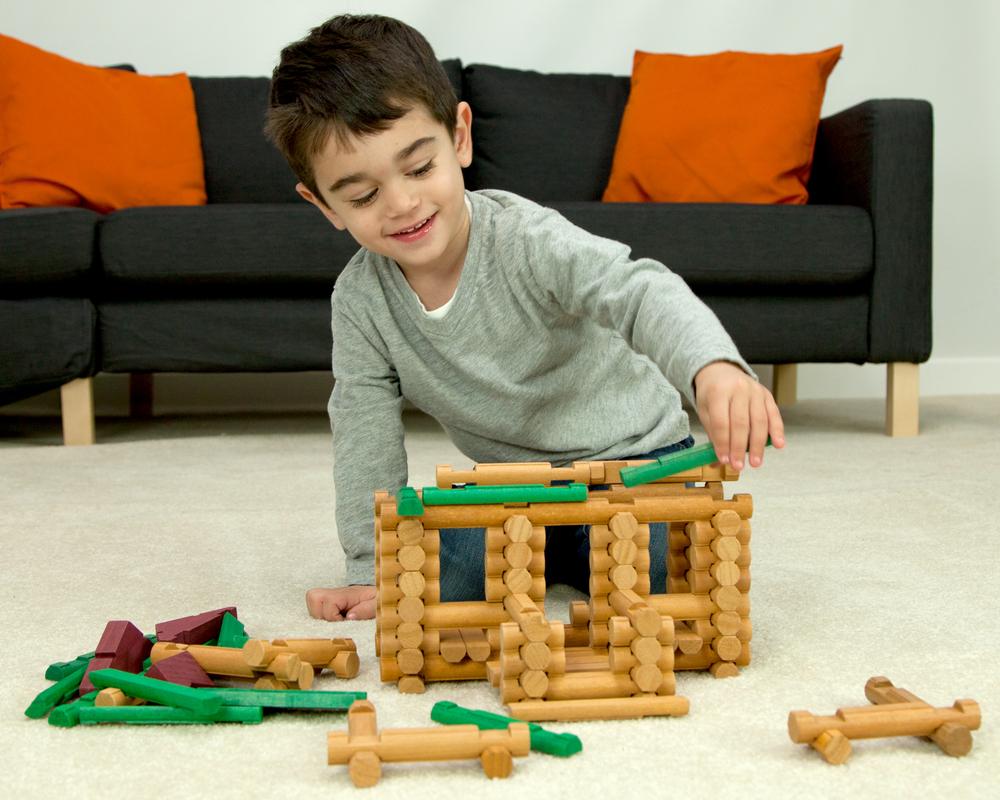 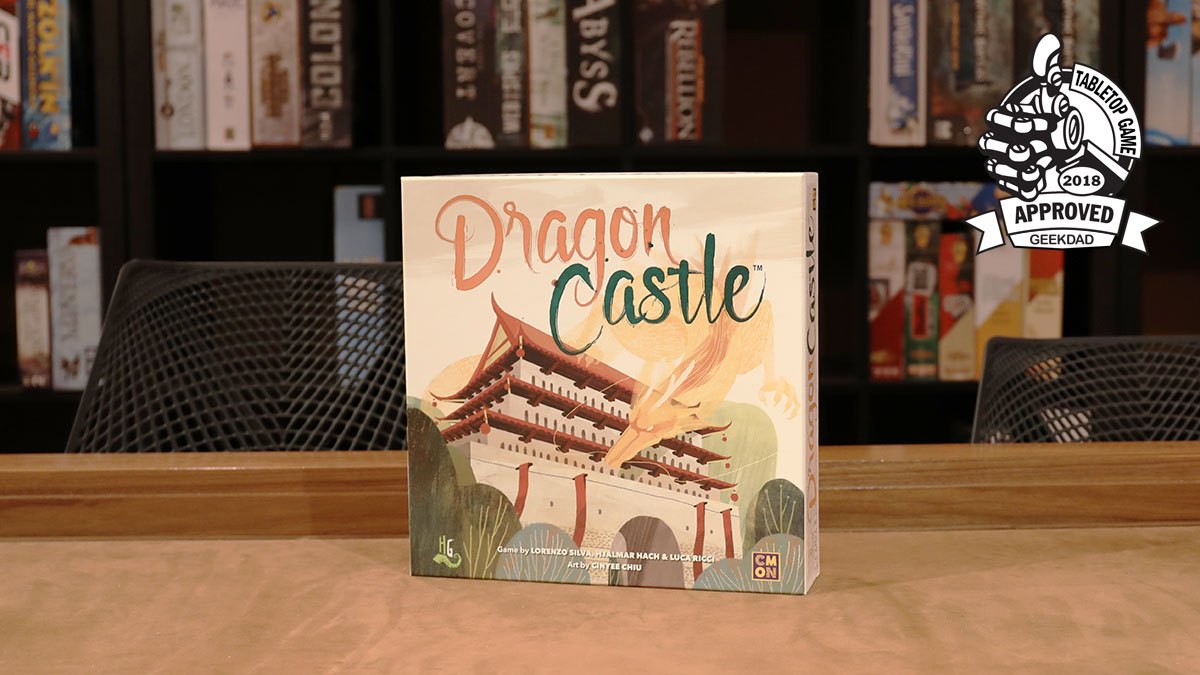 1 thought on “Reaping the Rewards: ‘Alien Puppies’ Have Landed”