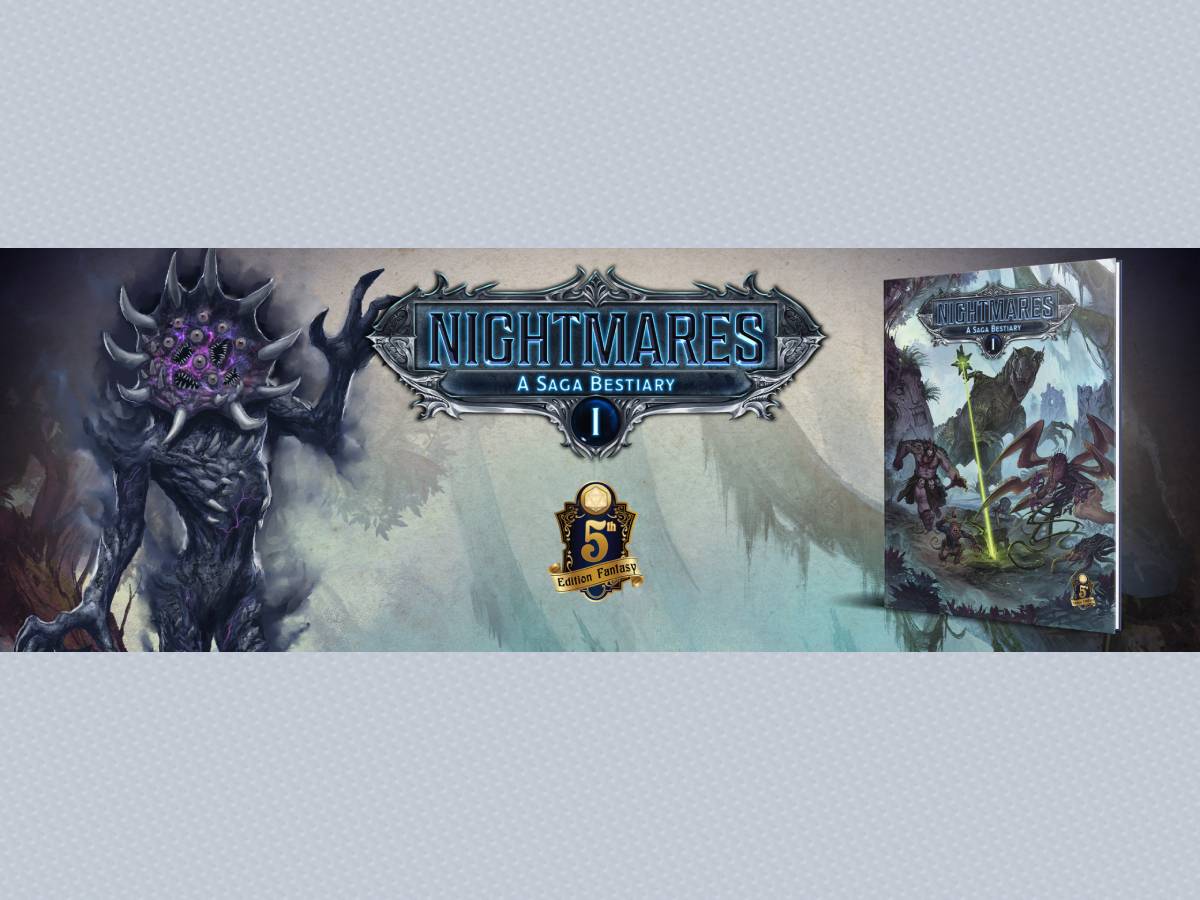 Back in 1981, game designer Sandy Petersen was one of the main authors of the now-classic Call of Cthulhu tabletop roleplaying game from Chaosium. Sandy went on to work on many other projects, both in tabletop and video games, but the works of H. P. Lovecraft have always been near and dear to his heart. In 2018, Sandy Petersen’s Cthulhu Mythos was published by his own company, Petersen Games. This sourcebook provided rules and background material to incorporate the works of Lovecraft into a fantasy roleplaying setting, and editions were made for Dungeons & Dragons 5th Edition, Pathfinder, and The Dark Eye. Petersen Games also began to create original Lovecraft-infused campaigns called Cthulhu Mythos Sagas. GeekDad writer Ricardo Rebelo reviewed the first one, Ghoul Island, while I took a look at the more recent Dark Worlds saga.

What Is Nightmares: A Saga Bestiary 1?

Nightmares: A Saga Bestiary 1 is a 175-page, fully illustrated hardcover collection of all of the encounters from the first 3 Cthulhu Mythos Sagas, as well as 11 additional monsters, created just for this book. The encounters range between 0 CR (challenge rating) and 22 CR. The encounters are all designed for compatibility with Dungeons & Dragons Fifth Edition, so they can be incorporated into anyone’s 5e campaign.

Much like in the D&D Monster Manual, the encounters are listed alphabetically. There’s a Table of Contents in the front for quickly searching for an encounter by name. In the back of the book, there’s an index that lists each monster by CR instead, something arguably of more use for most game masters.

Each of the entries has a description of the creature, an illustration, and a stat block in 5e format that gives you all the necessary information for running the encounter.

If you’re familiar with the works of Lovecraft, you’ll find several familiar beings, such as the Mi-Go, Yithians, and Shoggoths. But there are a diverse number of each of these creatures, extending far past anything that H. P. Lovecraft ever wrote. You won’t just be meeting standard Deep Ones in Nightmares. Instead, you’ll be able to encounter such fearsome horrors as the Deep One Hammerhead, the Deep One Barracuda, and the Deep One Hybrid Ape.

Dinosaurs are nothing new to Dungeons & Dragons. I’m currently running a campaign of Tomb of Annihilation, and there are multiple dinosaurs that can be encountered in that jungle setting. NIghtmares adds 22 diverse dinos. Many of these are perfectly normal, like the Ankylosaurus or Pterodactyl. Others have been technologically enhanced by the Great Race of Yith, another Lovecraft creation. As if Velociraptors weren’t scary enough, now you have ones that can suddenly teleport right next to you!

It’s not just monsters to be found in Nightmares. Also included are several NPCs which can be incorporated into your 5e campaigns:

One of the more interesting entries is for a Kaiju. This is more of a template, allowing you to create various giant monsters. Just don’t be expecting to make yourself a Godzilla or Ghidorah with the Kaiju encounter; these are for creatures Huge size or smaller.

The Ghoul Aristocrat is one of my favorite creatures in Nightmares. Not so much because of his abilities, but I just love the idea of a monster that wants to be accepted into high society.

Why Read Nightmares: A Saga Bestiary 1

If you’re planning a Lovecraftian D&D campaign, then Nightmares: A Saga Bestiary 1 is a no-brainer. While Sandy Petersen’s Cthulhu Mythos already contains over one hundred encounters within its pages, Nightmares adds roughly the same number. And even if you’re playing a more traditional fantasy campaign, there are plenty of monsters and NPCs in Nightmares’ pages that will fit well into just about any 5e setting. Players can get pretty bored with the same old goblins and displacer beasts. It can be nice to throw the occasional Naked Ice Borer or Tar-Zombie Kentrosaurus into the mix. And then there’s always that 22 CR Atomic Colossus with its Thunderous Smash…

And even if you’re not working on a campaign, Nightmares is still an enjoyable read. It’s full of characterful descriptive entries for the various monsters and NPCs, supplemented by gorgeous and often creepy illustrations from the many artists that contributed to the book. Even the artwork framing the page margins is a delight.

Nightmares: A Saga Bestiary 1 retails for $29.99. It is currently available to purchase from the Petersen Games webstore.

Note: a copy of this book was provided by Petersen Games, but they had no input into this review. 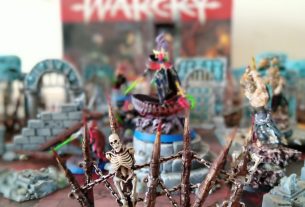 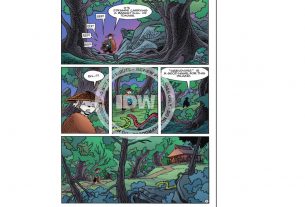 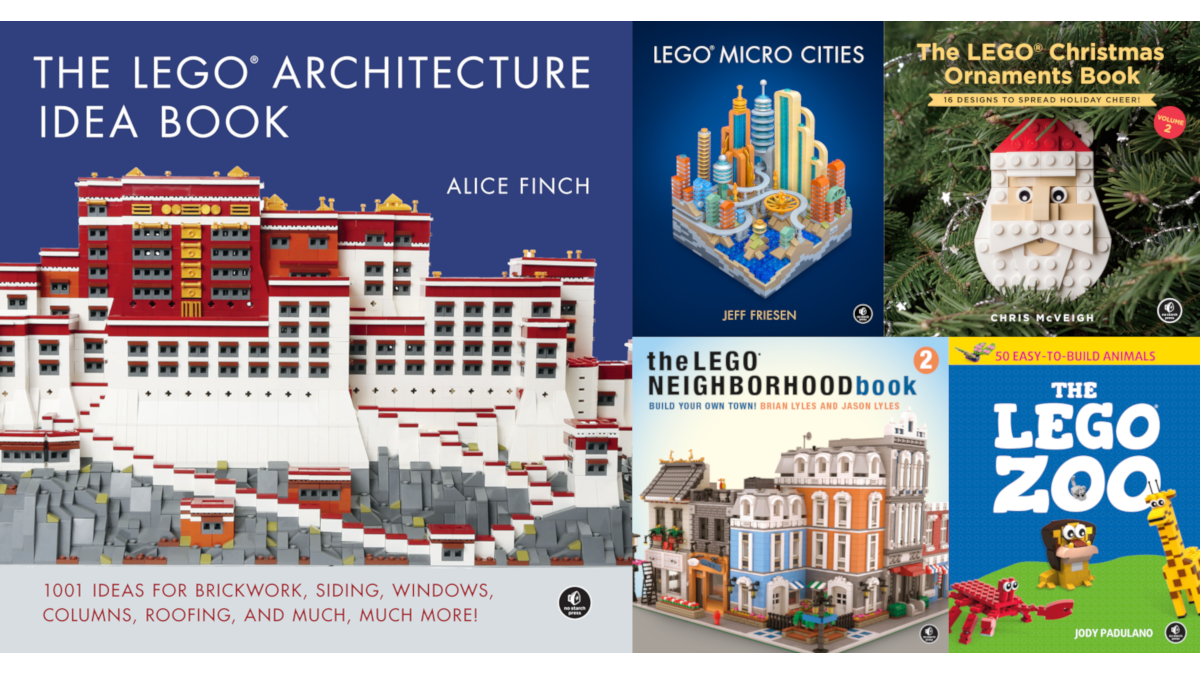