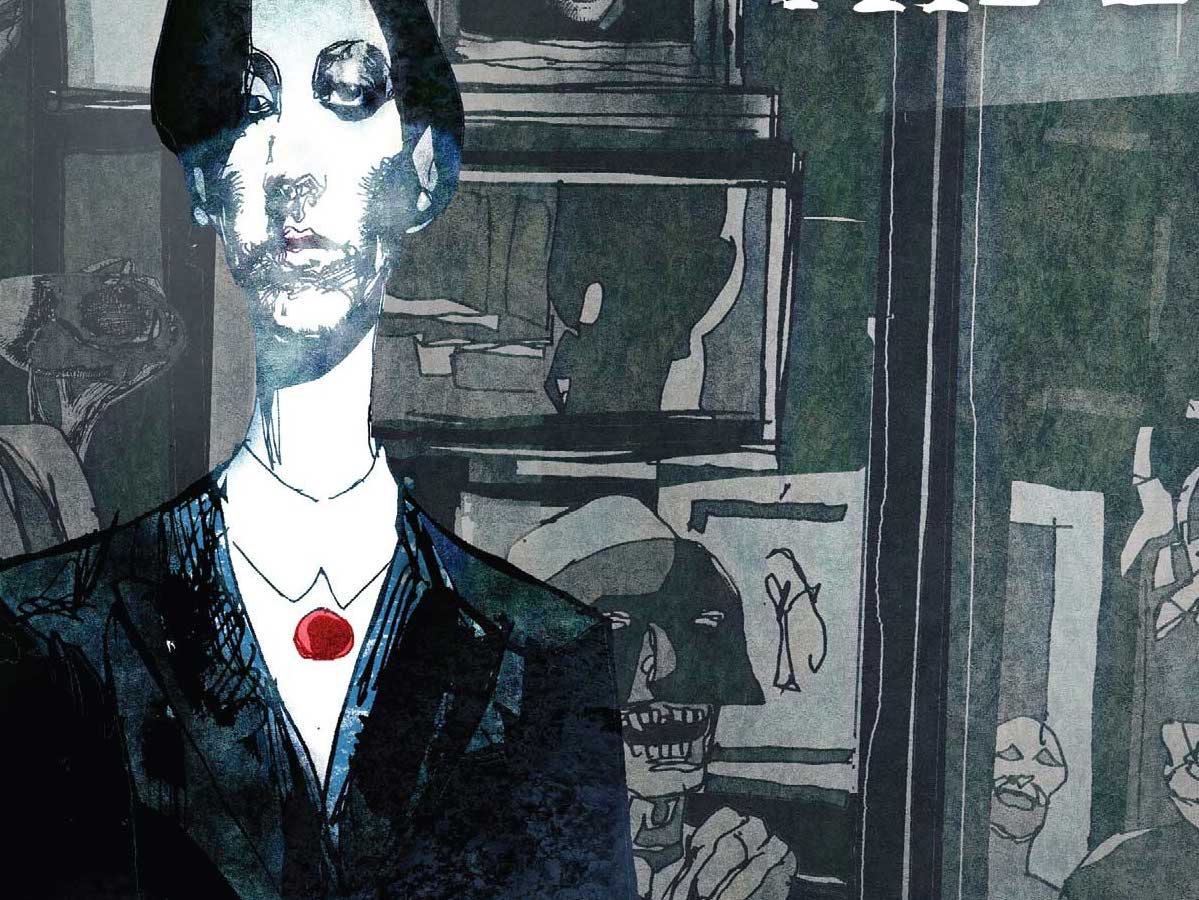 Ray: And now for something completely different. For their first entry into the new DC Horror imprint—which seems to be picking up where things like Vertigo and Hill House left off—DC delves into the acclaimed ghost story world of The Conjuring. Licensed comics are usually a mixed bag, but this one has some big names attached—including the screenwriter of the later Conjuring films, and one of the biggest names in comics. We’ve got two tales in this first issue.

First up is the main story, written by Johnson-McGoldrick and Rex Ogle, and it opens with a disturbing visual of a ritual involving the sacrifice of a goat. At the same time, a teenager is hesitant to return to college after having a nervous breakdown last semester, but her mother isn’t sympathetic. As the story plays out, we get a more complicated picture of this girl, Jessica—someone who struggles with social anxiety, has a possibly unrequited crush on her best friend who took a gap year before college, and is struggling to cope with stress—and with mysterious and creepy things lurking around her. It’s a slow-burn story, but Garry Brown’s creepy visuals at the haunted college are enough to sell this story.

After some clever parody retro magazine ads for decoder rings and muscle-builders that fit the ’80s-set story, it’s time for the second tale—Tales from the Artifact Room: The Ferryman by Scott Snyder and Denys Cowan. This spins out of the real-life museum of haunted artifacts that Ed and Lorraine Warren kept, and this story delivers a nice creepy punch. A man who made the foolish decision to steal a coin from the Ferryman as a child has been cursed, and has spent the rest of his life tracking the coin down to end the curse of everyone he loves dying. Both creators here are veteran horror hands, and they build the tension and provide just enough hope before dropping a final creepy twist. It’s a fun first issue for horror fans.