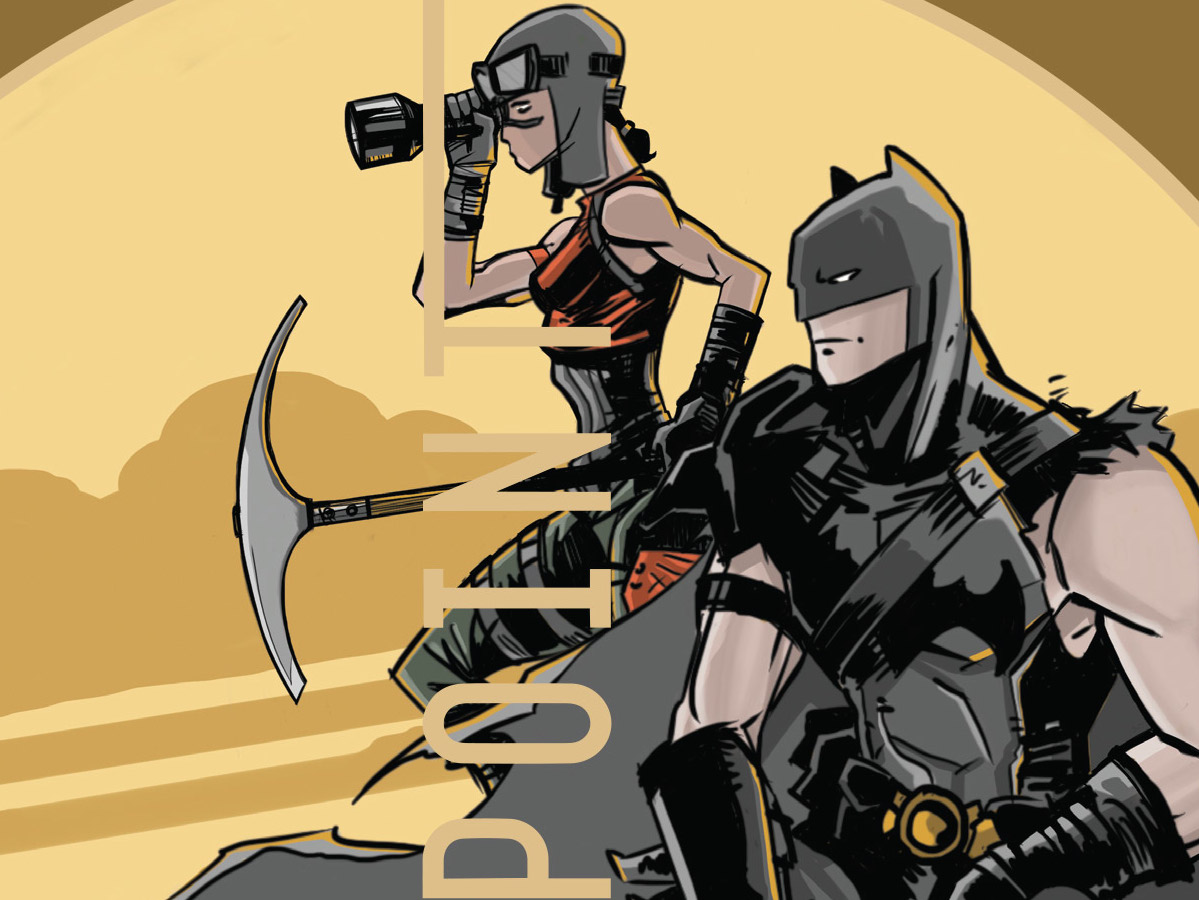 Ray: This continues to be one of the oddest Bat-stories in recent years, and it’s only getting odder from here. At the end of last issue, Batman finally escaped the loop and found Catwoman again—only to be met with Deathstroke as well. The standoff this issue—with none of them actually remembering who they are—is a fascinating exercise in tension, and ends with them all declaring a temporary truce long enough to get to wherever home is. That leads to the reveal that Deathstroke isn’t working alone—he’s formed an alliance with some of the best warriors in Fortnite history. And that’s where this issue loses me a bit—I’m not sure if I’m supposed to know any of these characters. There’s a skull-faced astronaut, a viking warrior, some sort of goldfish mutant. I’m not sure if these are random original characters or something else, and the issue doesn’t help me figure that out.

We get to see these random characters bicker for a bit before we move on to the next act—this motley crew trying to crack the code of Fortnite Island and find a way to get home safely. That leads them into a series of underground tunnels that seem to be the staging ground for the battles—supplying them with weapons and the like. They’re guarded by all sorts of ridiculous traps and guardians, which gives the story a fun chaotic vibe. The issue is at its best when it’s just Batman and Catwoman, trying to solve the mystery of their unique connection even without their memories. I don’t care about what happens at the end of the issue because I’ve been given no reason to, but we’ve got an intriguing cliffhanger for the final act that reveals one of these freedom fighters might be in on whatever twisted game is going on here. It’s not flawless, but it’s better than a nonsense crossover like this has any right to be. 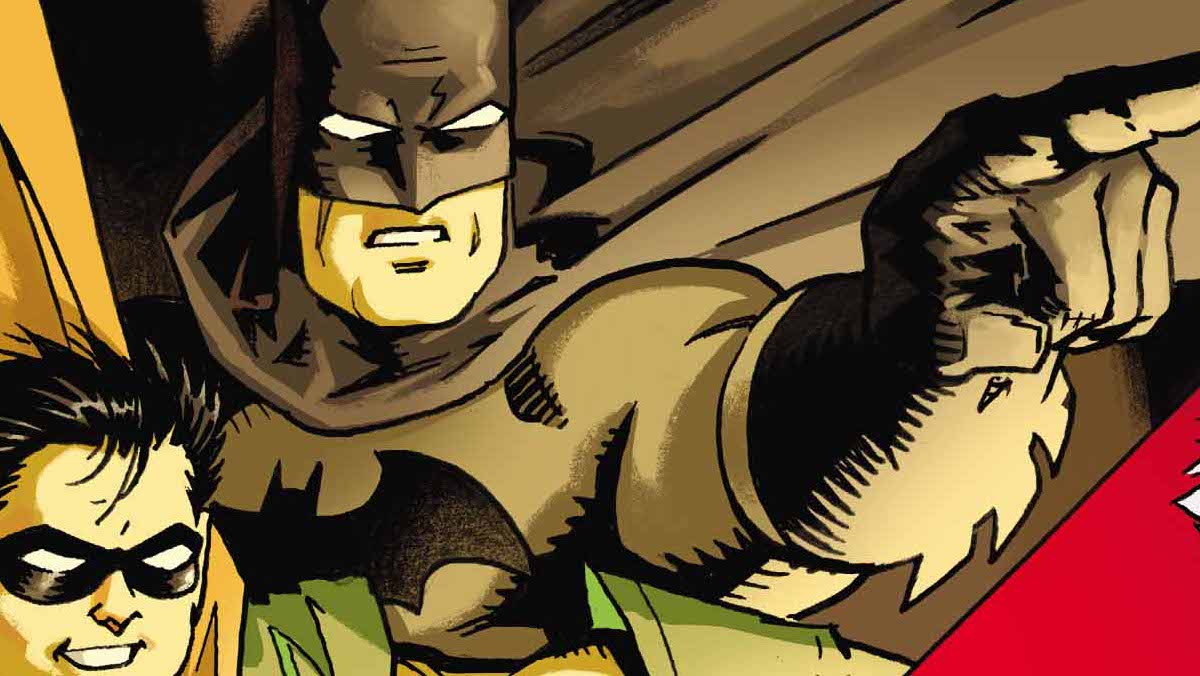