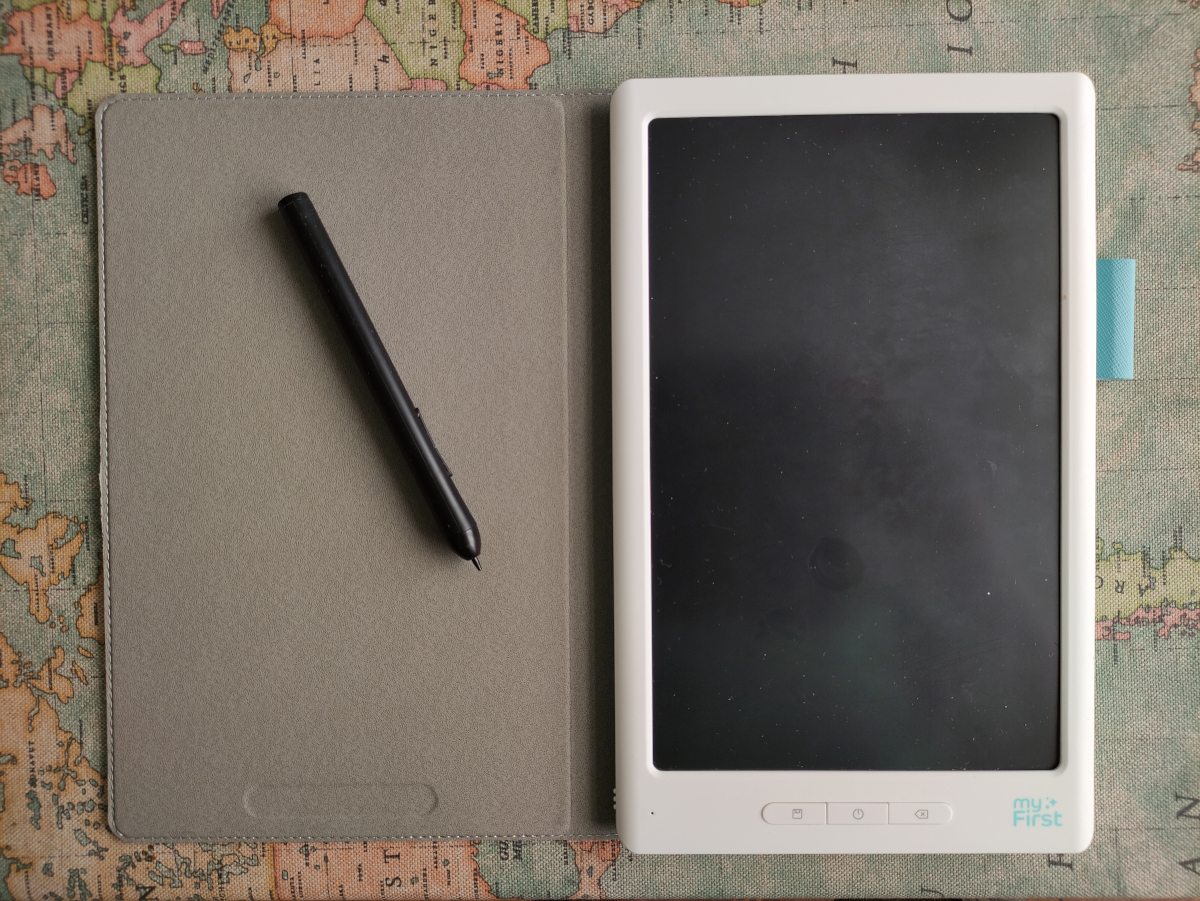 Children love to draw, and as parents, we love to encourage them to do so. Yet there are so many different things vying for their attention, that children often forget the joy of letting their imagination run free. I am probably guilty of seeing technology as something that stifles creativity. It feels like they’re forever looking at something other people have created rather than creating something of their own.  Perhaps though, I could harness technology to inspire them where a pen a paper wasn’t working? Enter My First Sketch Book.

What is My First Sketch Book?

It’s an app-enabled drawing pad aimed at younger artists. To get the most out of its functionality you need to download the MyFirstSketch app and set your device up. It connects via Bluetooth. I have used the My First Sketch Book with both my android phone and my Ipad and it works easily and well with both.

Once you have connected to the app, you can select “Real Time Drawing” and away you go. Using the provided stylus you can draw to your heart’s content. The device maps directly to the screen, but whilst the stylus will always give you a narrow line on the drawing pad, you can vary the thickness of the lines that appear on the screen. Similarly, the drawing pad is monochrome but you can vary color to almost any shade you can imagine, within the app. For the artistically minded I think the power of the pad and app together is almost unlimited.

When you’ve finished the drawing, you can press the save button and a digital copy of your picture is saved to the device on which the app resides. You can retrieve your pictures later, add to them, or even play a slow-motion video of your drawing exploits. You can even use the app to import other pictures from your device into the app and edit them using the sketch book, which is pretty neat.

Finally, in the box, you also get a book jacket style case in order to protect and carry around your sketch book.

What do you do if you’ve Made a Mistake?

Deleting is easy, but perhaps a little counter-intuitive, and something you have to get used to. There is what looks to be a backspace button on the tablet, but really it functions as a “clear all” button. Directly on the sketch book, it is only possible to wipe the entire picture. To do this you double-click the backspace button. This sometimes takes several attempts, which isn’t ideal, but better I suppose than being so sensitive you accidentally wipe stuff. Note: Clearing the sketch on the pad in this way will also clear the sketch on your device, so make sure you’ve saved anything you need before doing so.

Within the app, there is also a delete button. Pressing this will step you back through time, deleting line after line. This works only on your device screen and does not remove the lines you have physically drawn on the tablet. If you want to then redraw the deleted line using the sketch book, you can do so but you have to draw over the original lines on the physical sketch book, that have now been deleted from the digital version.

If you save your picture, you can reload and add to it but again, there is no way of bringing an old picture to the physical sketch book. Another thing to look out for is that, if you press and hold the save button on the My First Sketch Book, it will save your picture within the app, but it will then wipe your picture from sketch book and app. If you want to add to it, you need to reload it as outlined above (and of course you can’t add it back to the sketch book.)

There are a number of ways you can play with the output from the sketch book. Again, on the physical pad output is always the same. There’s no way to change the color or thickness of the provided stylus. However, you can vary several settings within the app, to change the effect you end up with on your picture. These have the potential to be quite powerful but will take some experimenting to get the best results.

First, you can choose between 2 choices of “pen” that you draw within the app. One starts of narrower, more like a pencil. The other is a felt-tip/highlighter. This draws thicker lines and also is not opaque, so you can draw over it to increase the strength of the color. If you draw over other lines in highlighter mode, they will still show through.

All the settings can be altered for each pen type you used. Firstly, you can change the color, using the settings within the app. This has access to a continuous blend of color, so you can find pretty much any shade you are looking for. Opacity can also be increased for both pens, from opaque to barely leaves a mark. Finally, you can use the app to alter the width of the line drawn. I tend to prefer narrower lines, as they’re more accurate. You have to remember that if you’re using thick lines, what you have drawn on the tablet remains thin, so you’ll need to visualize how you want it to look when drawing.

Altering thickness or opacity within the app is easy. The stylus also has a switch on it with which you should be able to alter the thickness of the lines, but I found this to be hit and miss. Sometimes no amount of pressing will change the thickness. At other times, if you accidentally press it, you change the thickness of your line mid-drawing. To be honest, using the app to change thickness is so easy, I would have rather the pen didn’t have any such ability. This would mean no accidental changes of line width or repeated frustrated pressings of the pen switch.

This is a fun drawing tablet, at a good entry price. I’m not sure for most families it will ever replace pen and paper for things like school-work. I wanted to have a look to see if the tablet could be used in lessons when we were homeschooling. Whilst it probably could, I’m not sure doing so buys you much over using more traditional methods.

Where it is great is for drawing on the go. I often leave the pad in my car, and then connect it to my phone, if I have my son with me, whilst we wait for his brother to come out of a class or practice. He loves the ability to change colors and sketch away epic Star Wars battles to his heart’s content.

I’m not terribly artistic, so I’m not the sort of person likely to get the most out of the My First Sketch Book but I definitely think that with some sustained practice, you could use its pallette and line styles to produce some amazing pictures that you wouldn’t be able to manage with more conventional materials.

All in all, the My First Sketchbook is a fine entry-level drawing tablet, for wannabe artists of any age.

You can pick up the My First Sketchbook, here, where, at the time of writing, it is on sale. The Sketchbook app is available on Android and Apple App Store.

Disclosure: I received a copy of this product in order to write my review.

Health and Fitness Week at GeekMom 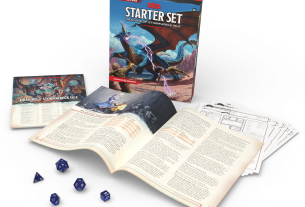