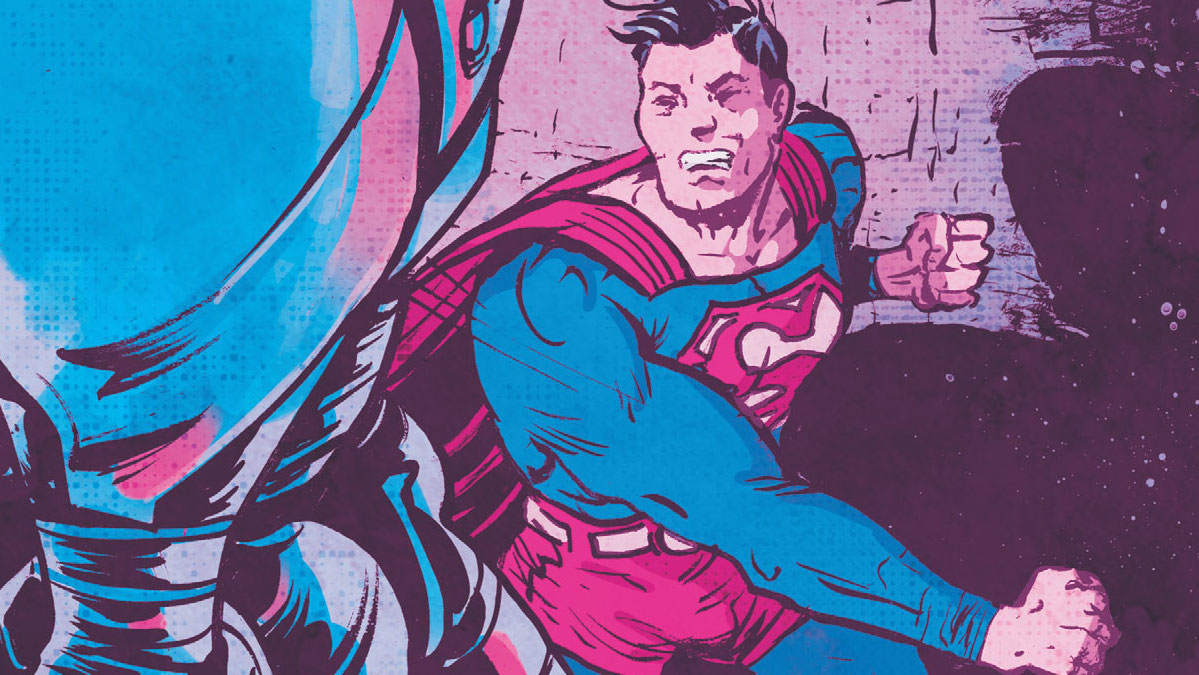 Ray: It’s another collection of two-toned Superman stories, but this month’s installments are a little more eclectic, bringing in indie creators from around comics. How do they stand up to past issues?

First up is a story by Jesse J. Holland and Laura Braga that celebrates both Superman the hero and Clark Kent the journalist. Clark is rushing to make dinner with Bruce and Diana, but he also has to make a tight deadline at the Daily Planet. While he makes a mad dash around Metropolis—stopping for a few supervillains and other emergencies—Bruce and Diana debate which obligations he’ll be able to make and what he’ll let go. It’s a light, funny story with a better take on the dual nature of Superman than I’ve seen in a while.

Next is legendary cartoonist Michel Fiffe on a story that’s as offbeat as you’d expect from him. Focusing on Superman leading a Justice League composed of Cyborg, Booster Gold and Hawkgirl against the cyborg menace Kilg%re. This is a combination of fast-paced action with some oddball dialogue that shows how Superman interacts with this trio of friends. It’s definitely far closer to Fiffe’s Copra than his brief stay at Marvel Comics was, so look for this issue to become a cult hit among his very devoted fans.

Next up is a tale by Brandon Thomas and an artist I believe is new to DC, Berat Pekmezci, and this one is basically perfect. It’s the story of an ordinary man, Dr. Charles Miles, who has been saved by Superman more times than he can count since childhood. A nice little touch is the way Superman’s costume changes during the various retcons. But then, things switch around and Dr. Miles finds himself in an unexpected position—having to save Superman’s life. Really nice story, with a great new black character for Metropolis who I would love to see more of.

I don’t know why the writer of Secret Empire is in this issue, given that he hasn’t done anything for DC in over ten years, but he’s paired with Christian Ward on the fourth story. The art is strong, but the story is probably a bit too jumbled—combining flashbacks to Krypton’s last minutes with a field trip for orphaned kids to the Fortress of Solitude. Add in an attack by Toyman, and it’s essentially a full issue of story in one issue. It has a few nice moments, but doesn’t really connect—but is still miles above the writer’s usual fare.

Finally, it’s the iconic James Stokoe on the story Little Star, which is basically a perfect example of how to tell a Superman story in only a few pages. A meteor is bearing down on Earth, threatening destruction—or so it seems. When Superman tries to repel the giant rock, he discovers something else entirely and a brief but epic battle ensues. But this is Superman, and his greatest superpower is his compassion. Not only does the story work, but the art is some of the most gorgeous stuff Stokoe’s drawn in a while.

Overall, four of the five stories here are excellent, as this line of books continues its hot streak. 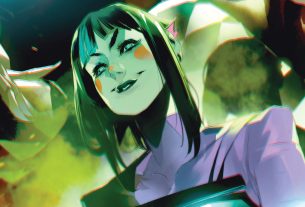