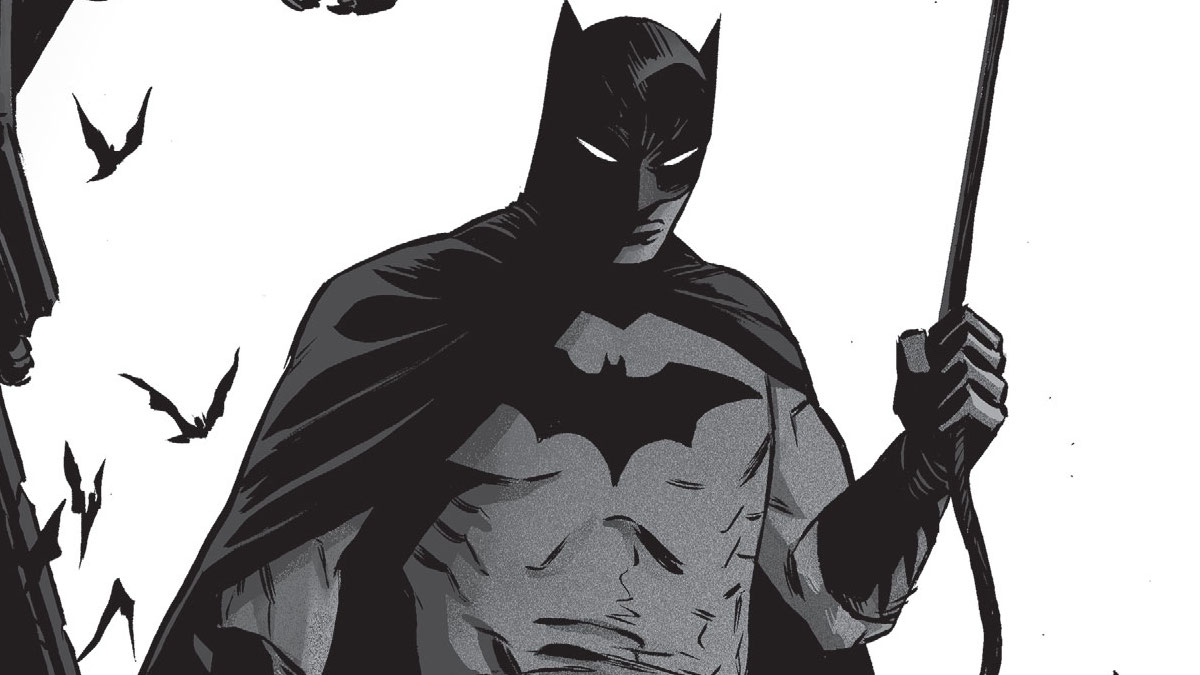 Ray: The latest issue of this all-star anthology has some of DC’s top writers and artists—and the return of a fan-favorite character from one of DC’s biggest cult classics of recent years.

First up are Josh Williamson and Riley Rossmo for a light, funny story about a day in the life of a bat. No, not Batman. A fast-paced tale of what happens when one of Batman’s bats gets captured by a gang trading in items from Batman and the Bat-rogues’ war, it can be a bit chaotic thanks to Rossmo’s detailed art—which works a little better in color, I think—but it’s a great tale for animal lovers and once again shows that Williamson’s handle on writing the Bat-family is among the best in the industry.

I wasn’t looking forward to any story as much as Karl Kerschl’s for one reason—the return of Maps Mizoguchi. This bubbly, hyperactive Gotham Academy student is probably the greatest Robin that never was, and in this solo story she gets that chance. Why Maps is Robin is never explained—this doesn’t seem to be in continuity—but she gets to accompany Batman on a dark, disturbing ghost story in the Davenport Manor as he helps a mysterious old woman solve her granddaughter’s disappearance. Brilliant art, clever twists in less than ten pages, and easily my favorite Batman/Robin partnership since Stephanie Brown’s brief stint. Now a Gotham Academy revival, please.

Next up is Chip Zdarsky and Nick Bradshaw’s Poison Ivy tale, and it’s as excellent as I’d expect for this creative team. As Ivy attacks Wayne Manor—even digging up the Wayne parents’ bodies—she demands to speak to Bruce Wayne about her elaborate plan for creating a plant-based utopia. But even as Batman battles her attack, he also dismantles her plan and points out the hidden agenda behind it. This is a nuanced take on Ivy that I really liked—driven to do good, but unstable enough that her methods are often horrible. And the art, especially the splash pages, are shockingly detailed.

But if you want detailed art, look no further than writer-artist Daniel Warren Johnson. His story is next up, and it doesn’t disappoint. We open with Batman captured by Two-Face’s goons, seemingly being beaten within an inch of his life. But this story is paralleled with a flashback to Bruce’s childhood with Alfred, as his mentor teaches him the art of playing chess. And after all, crimefighting is largely a game of chess in itself. Despite being full of Johnson’s trademark ultra-violent action, this is largely a feel-good story that does a great job of driving home Alfred’s impact on the man Bruce grew up to be.

Finally, it’s Becky Cloonan and the Dodsons on a clever story set in an unusual location—Haly’s Circus. It turns out the night Dick’s parents died wasn’t the first time Bruce encountered the circus—here he’s investigating the mysterious death of a fortune teller who was stabbed to death. Along with a younger Jim Gordon, he interviews an animal tamer, a strongman, Mr. Haly—and even the Flying Graysons, watched by their young son. This is a twisty mystery with a surprising number of turns for less than ten pages, and the Dodsons’ art looks excellent in stark black and white.

All in all, another fantastic issue without a single weak link. 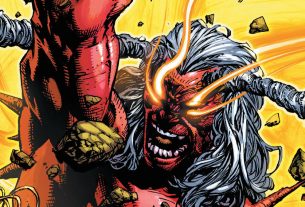