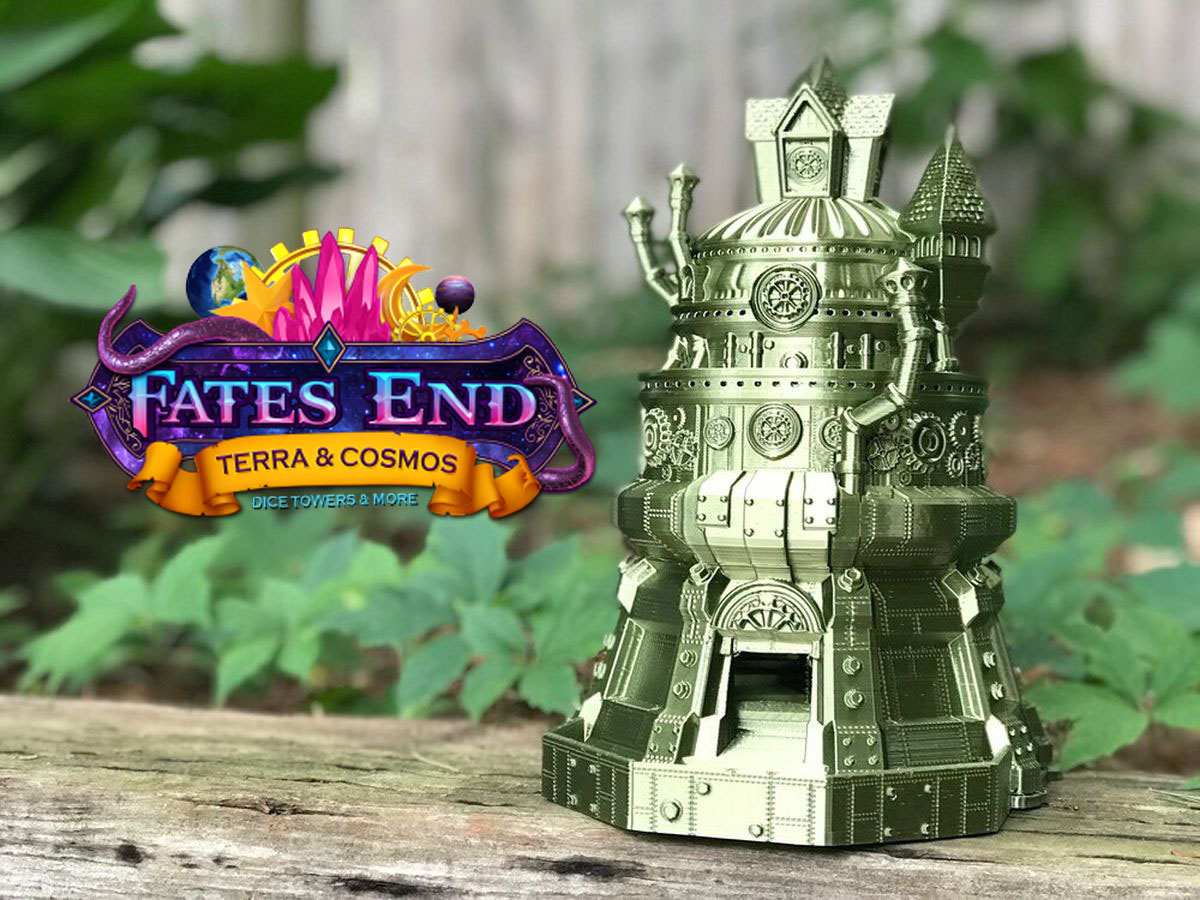 Got a 3D printer but not sure what to make?  How about a few fantastical dice towers and dice jails to go along with your favorite tabletop games?

Kickstarter Quick Picks are short looks at projects currently on Kickstarter that are of interest to me, and by extension, many of our GeekDad readers. A Quick Pick is not an endorsement of the Kickstarter campaign, nor have I (as yet) received any product copies to review. If you like what you see here, go check out the campaign and decide for yourself if you’d like to back it, or wait until GeekDad has had a chance to do a review. As always, caveat emptor- let the buyer beware.

What Is Fates End 2 Terra and Cosmos?

The brainchild of gaming nerd and 3D modeler Kim Bourrie, Fates End 2 Terra and Cosmos is the followup Kickstarter campaign to the unsurprisingly titled Fates End. Working with concept artist Matthew S. Armstrong, Bourrie has designed 3D-printable dice towers, dice jails, dungeonmaster screens, and paint organizers. All of the designs are in high-resolution stl files and intended to print support-free.

While the previous Fate’s End campaign was fantasy-based, Fates End 2 Terra and Cosmos focuses mostly on space and Earth-based themes. The standard pledge includes 10 dice towers, 4 dice jails, and one DM screen, for $38. At the time of this writing, there were also 13 different stretch goals unlocked, including a dragon paint organizer, and alternate files to print all of the towers as terrain instead.

The designs look fantastic, but anyone that’s ever grabbed 3D printing files off of Thingiverse know that sometimes things won’t print out quite the same as the pictures looked online. Thankfully, the Fates End 2 Terra & Cosmos campaign offers one of their designs from the campaign free to try out. If you’ve got a 3D printer of your own you can grab it and get to printing. But whether you do or not, I decided to do the work for you and print one myself.

I chose to print the Mayan temple as one complete file, though you do have the option of printing the tower and the tray as two separate pieces. As I’m currently in the process of reviewing the Elegoo Neptune 2 3D printer, I used that machine for the print. I loaded the design into the slicing software, and created the file I would load onto the printer. I used Hatchbox green PLA filament for the print.

I did have the detail set fairly high, so that print time is pretty accurate. Making sure to level the build plate before starting, I loaded up the filament and let the printer go to work. Here’s a gallery of the print in progress during the almost two days it took to produce:

Here is the completed tower:

And here are a couple of closeups, to show off the details:

As you can see, the dice tower came out quite well! Looking at the initial designs, the Mayan temple didn’t appeal to me that much. But after printing it, I really quite like the piece. And, most importantly, you can toss a die in at the top and it rolls out at the bottom…so it’s good looking and functional.

Why Check Out Fates End 2 Terra and Cosmos

If you like gamer bling, odds are you either own a dice tower or two, or you’ve at least contemplated picking one up. They’re great for when you don’t have a lot of room on your game table, or for keeping dice from flying off your table during errant rolls. And know what’s better than a plain dice tower? A themed dice tower, that matches the game that you’re playing!

Just within this one campaign, I’ve already picked out quite a few that I’d like to print, both for myself and my gamer buddies. There’s the Warforged Garrison, which is perfect for games of Warhammer 40K(well, unless you’re playing Orks as there will be far too many dice to roll). The Haunted House for games of Arkham Horror. The Zombie Ghost Town for the upcoming Zombicide: Undead or Alive. And that’s not even including the various dice jails! That Alien Pod would be great for Nemesis…

As this is Kim’s second campaign, you can also be confident that she’ll deliver on solid designs. The original Fate’s End campaign delivered 34 different fantasy-themed dice towers, one of which you can see printed at the top of this page. To view those designs and see photos of some that were printed out by backers of the original campaign, you can go to the Fate’s End website. Backers of Fates End 2 Terra and Cosmos can also pledge $72 to get all of the files from both Fate’s End campaigns.

To check out Fates End 2 Terra and Cosmos, you can head over to their Kickstarter campaign page. The Kickstarter ends on Wednesday, March 31st. Backers will start to receive files from the campaign at the beginning of April, with delivery continuing through the winter as Kim produces designs. If you’re curious as to how her process works, you can also watch the video below as she works on the Cthulhu dice tower. 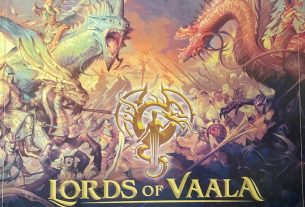 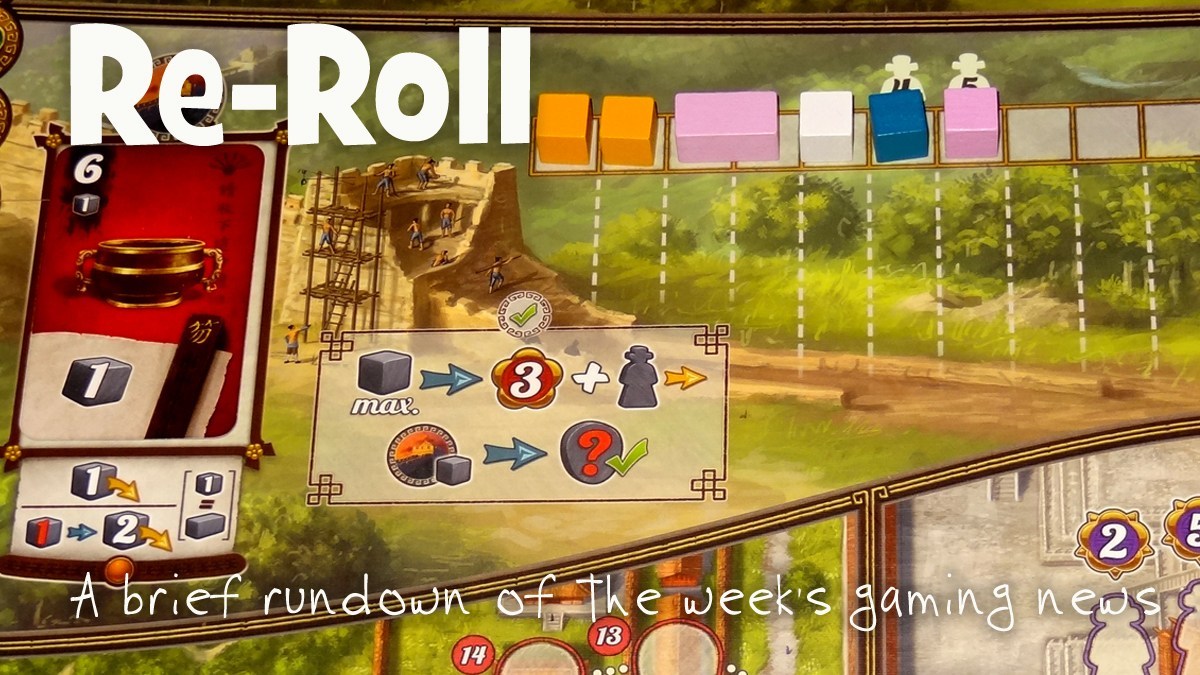