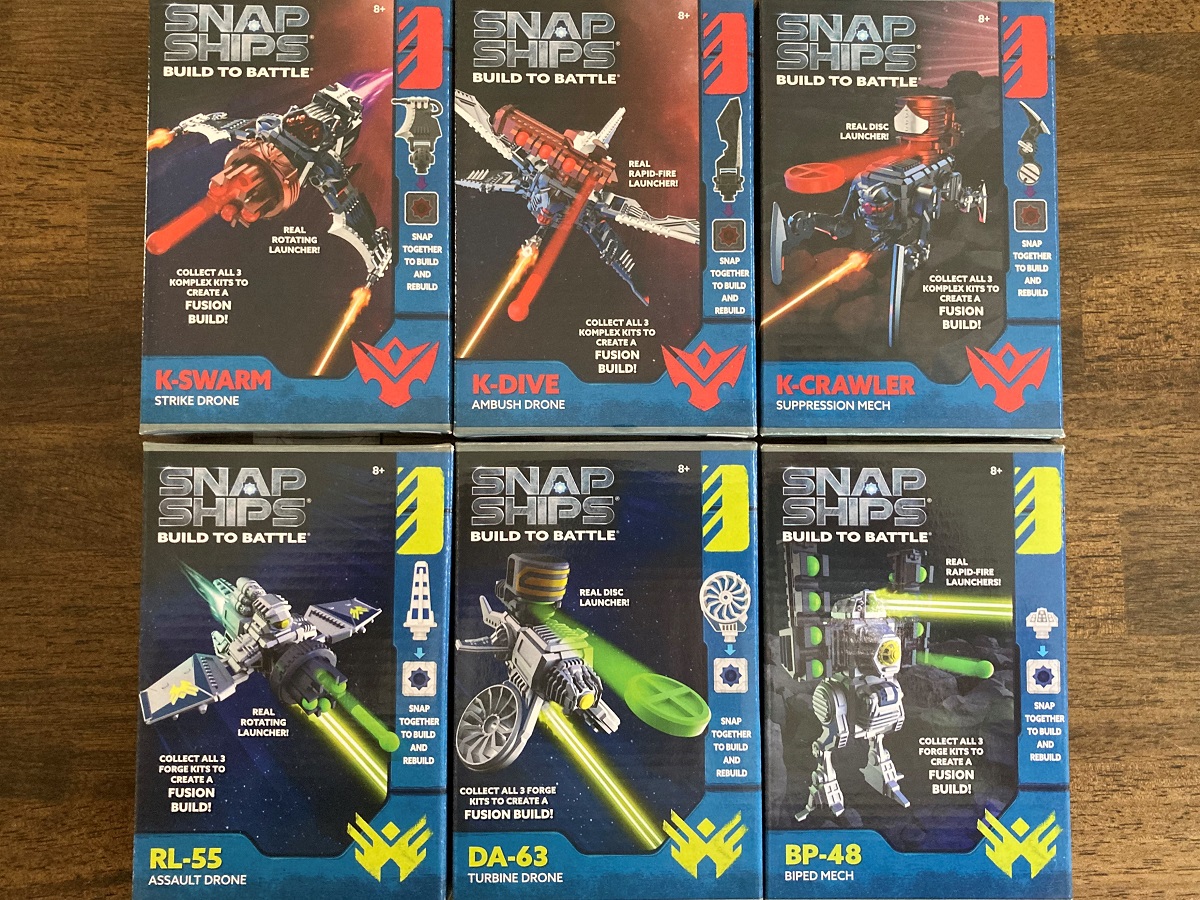 The Snap Ships building system was released back in August of 2020. This innovative system let users create science fiction space ships and vehicles out of unique parts that snap together and included lots of cool detailed parts attached to the main base structure. Here is a link to my review of Snap Ships. Now Snap Ships has released six drones, three for each faction. The drones for each faction can be combined to create a larger fusion build.

What are Snap Ships Drones

Snap Ships Drones are the latest releases to the building system by PlayMonster. These smaller sets are meant to compliment the original Snap Ships sets as well as to stand on their own. They are designed for children 8 years and up. There are six drone sets available for $5.99 each and can be purchased directly from PlayMonster.   Amazon offers two different faction bundles of Snap Ships Drones for $17.99 each. The Forge Bundle includes three drones including the BP-48 Biped Mech, the RL-55 Assault Drone, and the DA-63 Turbine Drone. The Komplex Bundle includes three different drones: the K-Dive Ambush Drone, the K-Crawler Suppression Mech Drone, and the K-Swarm Strike Drone.

What do you get?

The Komplex faction also has three drones of their own. The K-Swarm Strike Drone features the rotary launcher. The K-Crawler Suppression Mech, on the other hand, has a disc launcher and four legs. The last of the three drones, the K-Dive Ambush Drone has a rapid fire launcher. Each drone set features some unique and stylish parts.

The fusion build for the Komplex, the K-Form, bristles with weaponry. It is also armed with the rotary launcher and the disc launcher. The building directions for this model can also be found on the Snap Ships website. The parts from the three drone sets can also be combined in even more ways limited only by the builder’s imagination.

Why you should get Snap Ships Drones

I was very impressed with Snap Ships when they released last year. The free Snap Ships app for mobile devices not only has videos telling the story of the Snap Ships universe but also offers lots of building instructions for combing various sets. The Snap Ships Drones sets are smaller and less expensive than the original sets. This provides a great way to try out Snap Ships and the drones are easier to build than the original sets. I like how each drone includes a weapon system that fires either missile-like projectiles or discs. These three weapon systems are new to Snap Ships and not found in any of the non-drone sets. Another aspect that appeals to me is that the drones sets are designed to be combined with one another to create a fusion build.

If you have never tried the Snap Ships system, the Snap Ships drone sets can be a great place to start. After constructing the drones, builders are then ready to take on the fusion builds which are a bit more complex. However, all of the building directions are easy to follow with each step usually  adding only 1-3 new pieces. For those who have already begun assembling their Snap Ships fleet, the drones are a super addition. The three new types of weapons systems can be added to other models or add some firepower to fusion builds of your own creation. I suggest getting all three drones of a faction if you are considering purchasing the Snap Ships Drones sets since the fusion build requiring parts from all three is really a key focus of this latest release. 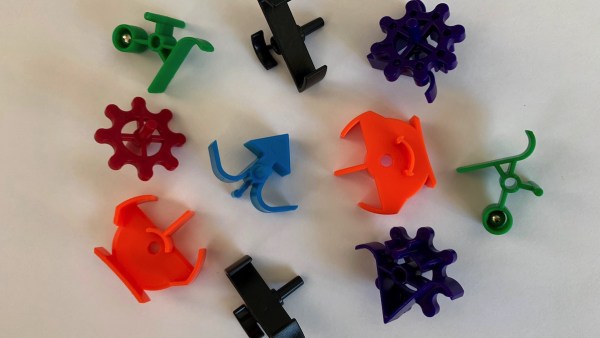 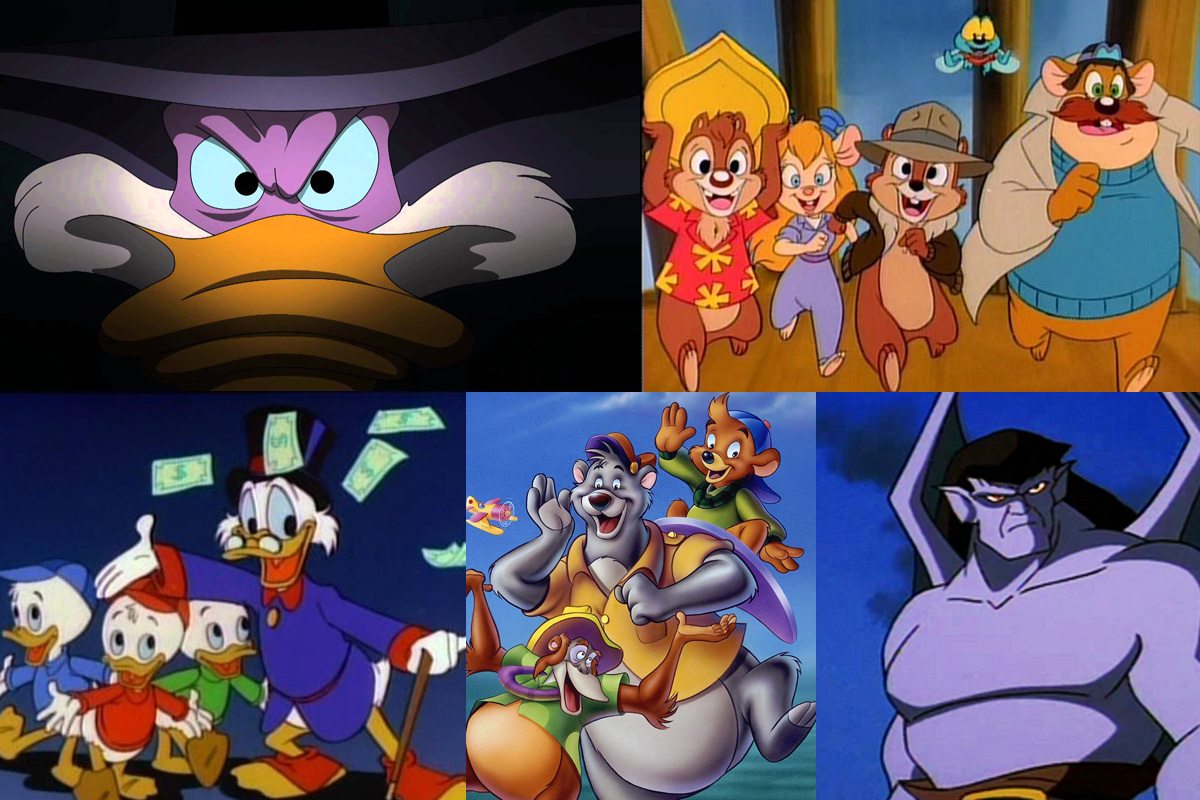 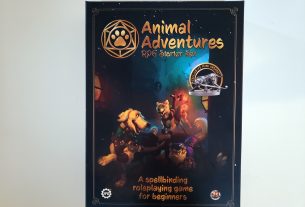