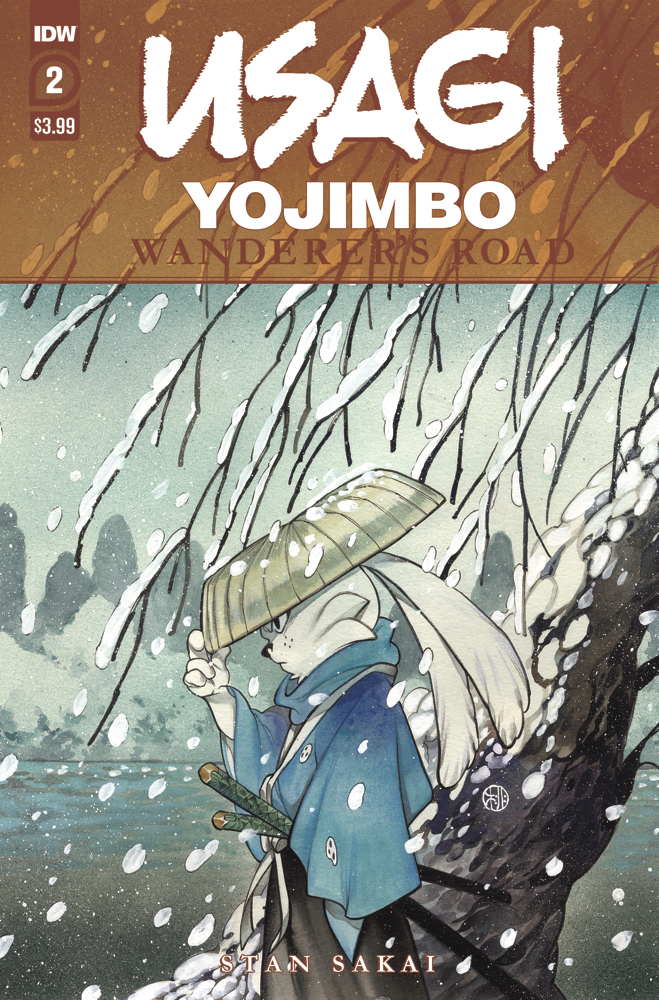 Usagi Yojimbo: Wanderer′s Road #2 starts very lightly: on the road, Usagi befriends an elderly woman and offers to take her to her village.

When they arrive, they witness a thug extorting the villagers. When Usagi confronts him, he even wants to attack Spot, the lizard who is now Usagi′s friend. 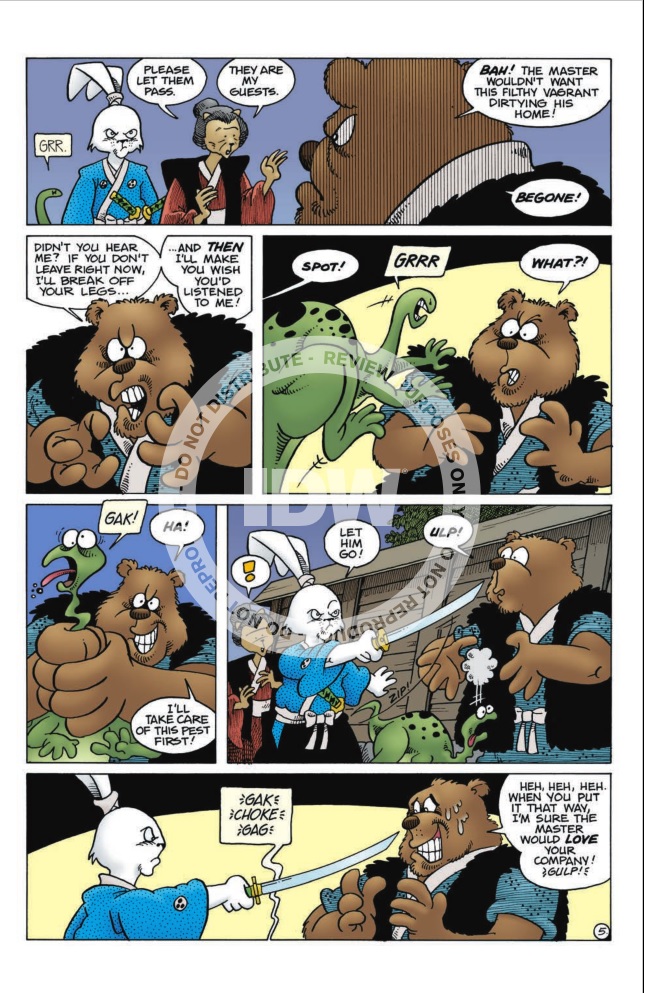 However, this thug receives his orders from a heartless moneylender, who turns out to be, of all people, the elderly woman′s son. This moneylender owns the entire village and crushes every attempt to disobey him with mindless violence. He even strikes his own mother in Usagi′s presence.

Now, there are some bonds of family and honor that are truly extricated into Japanese culture, and this is one of them. The moment in which this elderly woman confesses her shame and asks Usagi to kill her son, we stray from a kids’ story to a young adult story—especially because of the ending.

Usagi refuses to kill this woman’s son. (Of course, he does!) Specifically, he is offended by her offer of money because he is not a hired assassin. Reluctantly, he does accept a dinner invitation, and he approaches the elderly woman’s home with caution because he suspects violence is afoot.

And there is plenty of it.

Even Spot turns out to be violent when provoked, and I have to confess, I did not foresee the ending.

Who knew a classic tale could be so dramatic?