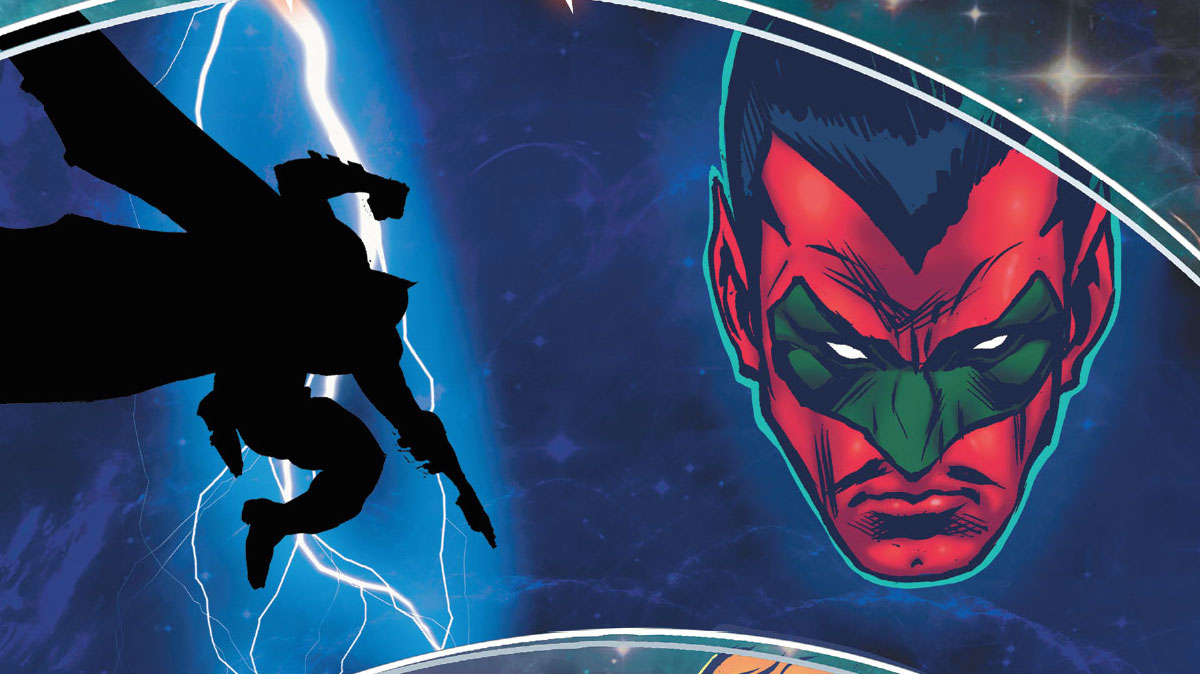 Ray: This oversized two-part series is essentially a celebration of the last four decades of DC continuity, pulling in heroes from across some of DC’s most iconic runs for an epic time-hopping adventure. With Dan Jurgens, Robert Venditti, and Andy Schmidt steering the ship, the first half of this story is chaotic as the motley crew of time travelers find themselves sent to key moments in DC history. Kamandi, Starfire, and Dr. Light find themselves on the dying days of Krypton, Batman ‘39, Sinestro, and Booster land in the Electric City of the far future, and in the most effective segment, Steel finds himself stranded in a primitive landscape with a young Superboy—the teenage version of the man he only recently mourned in the present.

Of course, they don’t have the leeway to explore these new worlds—not only do they face local crises, but Dominus has dispatched an army of time assassins to hunt them down, including famous DC villains like Knockout and Major Force. These provide some fun battles, but the tension of the ticking clock of the Krypton setting and the battle to survive in the distant past provide more than enough tension. While some villains are either too far gone or can’t be saved, others join forces with the heroes to take on the man manipulating them—who has carved out his own twisted reality in a time pocket that will remind a lot of people of a wildly popular TV show running at the moment.

Ultimately, the story here is a little convoluted. Dominus is such an obscure villain who hasn’t appeared in decades that it’s hard to catch up with his plot unless you’re a true DC superfan. But despite that—and it becomes pretty glaring in the last act—this is still a strong story as we see these iconic heroes develop the personality traits and instincts that will eventually serve them as protectors of the world. With only two issues and spaced a few months apart, this doesn’t feel like a core part of DC continuity. It feels more like a tribute to the many eras of DC Comics it celebrates before everything gets reshuffled again for Infinite Frontier. And on that front, we can definitely call this story a win.