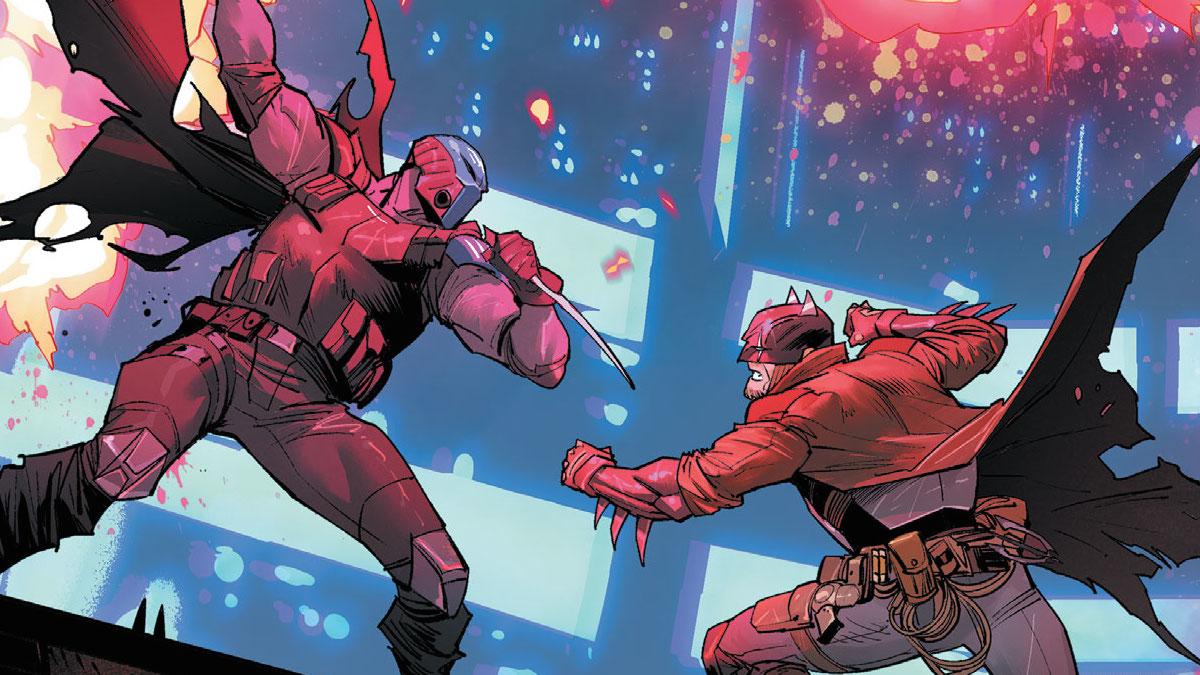 Ray: Mariko Tamaki’s Bat-run is just beginning, but her future-set Bruce Wayne story comes to an explosive close here in an excellent final chapter. Bruce has been skirting around the fringes of Gotham for this series, presumed dead and working under an assumed identity to undermine the Magistrate. This issue we finally see where that plot is going, as his surveillance work brings him into conflict with his host, the paranoid Noah, and his double-agent daughter. Hannah’s role in the Magistrate’s plan has been interesting, as we’ve never been able to get a handle on her exact loyalties until now. This story has taken its time to get going, but it made up for that with great character work. When it does get going, though, it delivers some of the best action set pieces I’ve seen in a while, including a final showdown between a grizzled Batman and the ruthless Peacekeeper-One. If this is any indication of what Tamaki has planned for us in her regular run, bring it on—this has been one of the best stories of Future State.

Equally strong is Joshua Williamson’s Red Hood story, easily the best spotlight the character has gotten in a decade. When we last left off, Jason was working as a mask-hunter for the Magistrate alongside his partner Ravager—but when his name comes up in the most-wanted list, all hell breaks loose. His partner betrays him, he’s hunted by drones and Peacekeepers, and even his mask betrays him in a sense. Add in villainous wild card White Rabbit, and it’s one of the most chaotic and action-packed Bat-stories in a while. Milogiannis’ kinetic, cartoony style is a great choice for the chase segments, and any quibbles I had with the direction this story takes Jason’s character are quickly wrapped up with an excellent epilogue that explains his true agenda. This story will actually be the first to continue in Future State: Gotham, and it’s yet another piece of evidence that Williamson is one of the building blocks of the future of the DCU.