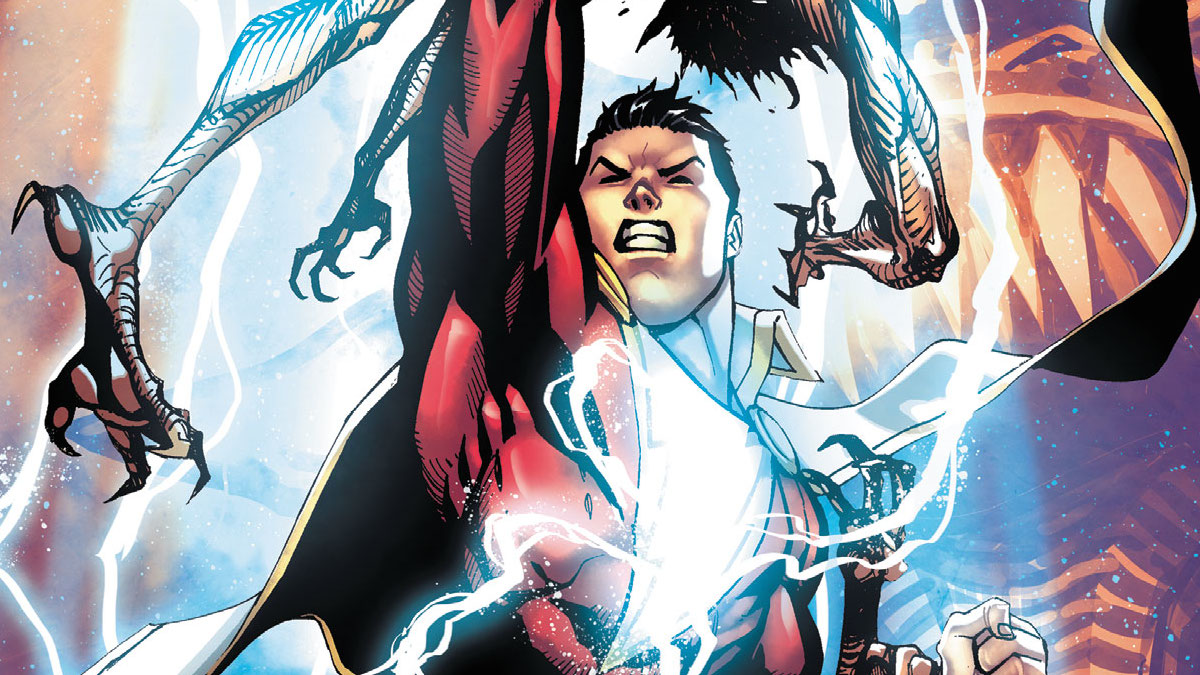 Ray: This issue shares a writer with last week’s Future State: Teen Titans, and it also shares many of that issue’s problems. Both tie in with the upcoming launch of Teen Titans Academy, where Shazam will be a student. In the future, though, his status is much more grim. A depressed loner of a hero who doesn’t return his family’s calls, he’s in a tense partnership with a superhero team that includes Miss Martian, Powerhouse (the second Power Girl, formerly), and a mysterious new Question, among others. The latter seems particularly significant, as they basically stalk Shazam and interrogate him about what he’s hiding. This Shazam is surly, seems perpetually exhausted, and from an opening segment where he’s fighting an army of demons in hell, seems to have gotten into some bad things. We’ve seen darker Shazam stories in the past, and they rarely capture what people want out of the character.

This may be the darkest one yet, though. It gives us a Shazam who has been seemingly corrupted by an outside force, as some shocking reveals midway through the issue show. But it doesn’t quite give us any explanation for how we got there, with a complex setup in Hell as Billy makes a bargain with Neron. Like many of the Future State issues, it feels like it’s just dropping us into the middle of an ongoing story with no preamble. It also takes place in the aftermath of the destruction of the Roy Harper Academy and all the deaths that included, and it’s hard to get invested in any of Shazam’s new teammates when we haven’t seen most of them in a while—or ever. It jumps back and forth from dramatic subplots, and ultimately Shazam starts to feel like a side character in his own book. What does work is the stunning artwork by Eduardo Pansica, especially in the Hell segments. But coming after the excellent Johns run and the Jeff Loveness stand-alones, something big is missing here.