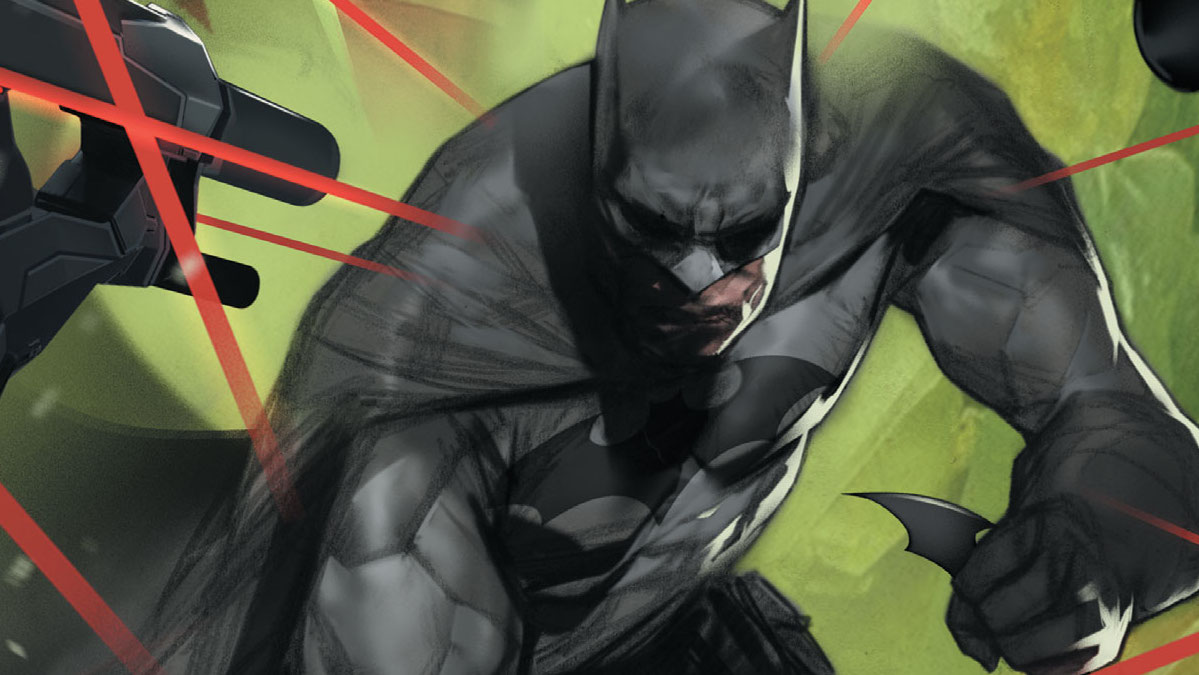 Ray: Gene Luen Yang will be taking over this title in March for a multiversal adventure, but before that, he’s giving us a preview. This story is almost a prelude to Future State, as it takes place in the earliest days of the Magistrate’s occupation of Gotham. Bruce is still Batman; he’s still operating as a vigilante but it’s getting harder, and Gotham’s problems are starting to cross over to Metropolis. When Superman saves a teenage boy from committing suicide, he discovers that the boy’s crisis is due to a faulty metahuman drug—the False Face serum. This shape-shifting drug lets people change their appearance, but it’s now having permanent side effects—which may be what the designer intended. He heads over to Gotham to investigate the source of the drug, but soon finds that Gotham may be a much less hospitable place for heroes than it used to be—even the most famous hero in the world.

Honestly, this issue could have been a regular arc of the main series if it wasn’t for the Magistrate (who is being introduced soon in the main book anyway), so it doesn’t exactly fit in with the other Future State titles. That doesn’t mean it’s not very good, though—this is some of the best characterization for Superman I’ve seen in a while. That’s not a surprise—Yang wrote the greatest Superman story of the 2000s in Superman Smashes the Klan. This issue is mostly about chasing down the source of the False Face serum and staying ahead of the Magistrate, but Yang’s team dynamic for the leads is excellent. And his Superman, while impressive, is definitely vulnerable due to his own compassion—something that leads him to underestimate the issue’s main villain. If this is a preview of what Yang has planned for the characters in the main series, count me in as sold.