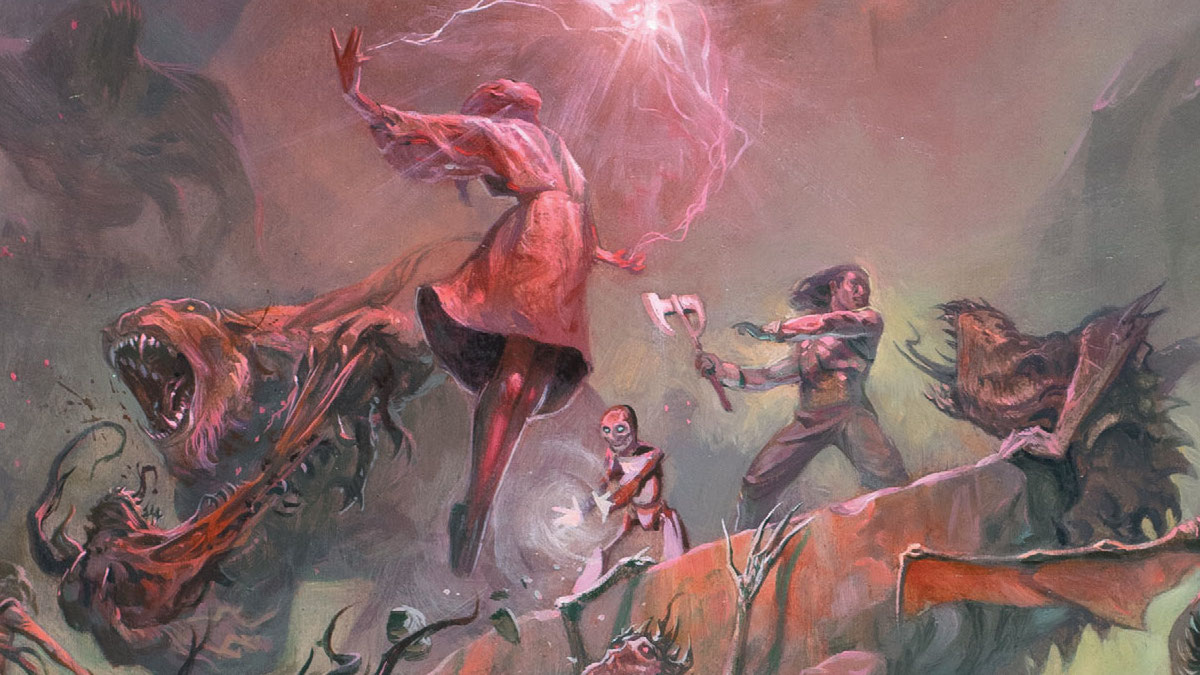 Ray: Johnson and Federici’s creator-owned epic ends its first saga this month, and gives us the promise of more chapters to come. But before we get there, there’s a final battle to be had against the abomination unleashed by Tyr’s actions ages ago. That fight, which has sacrifices by unlikely characters and a surprising rise of a hero, delivers with some phenomenal visuals and dramatic double-page spreads. It’s everything I’ve come to expect from this series. But where this final issue truly excels is in the aftermath, as the remaining characters return home to a song by one of the survivors and go on with their lives. Choosing to end this book with ten pages of lyrics and wordless segments of everyday life was risky, but necessary after the epic and horrifying journey they went on. This is truly unlike anything DC has put out in a long time, and it seems destined to be a classic for high fantasy fans.

Ray: This spin-off from the White Knight series has maintained solid quality thanks to one main thing—a strong take on Harley Quinn, one of the most popular characters from the main series. Having reformed and now working with the FBI to track down a new serial killer, she gets advice from her better angels—namely the imprisoned Bruce Wayne and her de facto nanny Leslie Thompkins. But she’s starting to suspect her partner Hector may have his own ties to the new killer Starlet, and that’s borne out this issue in a big way. The reveal of Starlet’s identity and her ties to Hector are twisted and compelling in a soap opera sort of way, but it’s nowhere near on the level as Murphy’s deranged antagonists like Neo Joker and Azrael. Overall, this continues to be a good Harley story, but I’m not sure how much more there is to tell in the White Knight universe—especially if Batman’s story seems to be over for now.

Ray: How interested are you in serial killers? That’s basically the defining question of how much you’ll enjoy this book. It’s version of Joker is twisted, sure, but he’s very much a case file and now a supervillain. This issue finally sees Harley cross the line as she decides she wants the killer in custody to be finished by her, not sent to jail, so she “clears” him and has him released so she can track him. Needless to say, this doesn’t go too well, and soon he’s on the loose to plan his most spectacular act of performance art yet. The death sequences in this book are inventive in a twisted way, enhanced by the realist art, although we’re seven issues in and Joker still seems almost deliberative as he moves through the story. Overall, with a few tweaks this could easily be a generic killer vs. detective drama. It has its entertaining moments, but it doesn’t quite work as a spotlight for Harley, who remains barely recognizable. 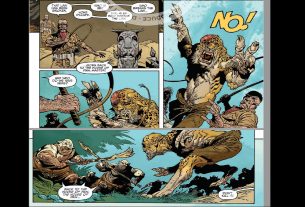