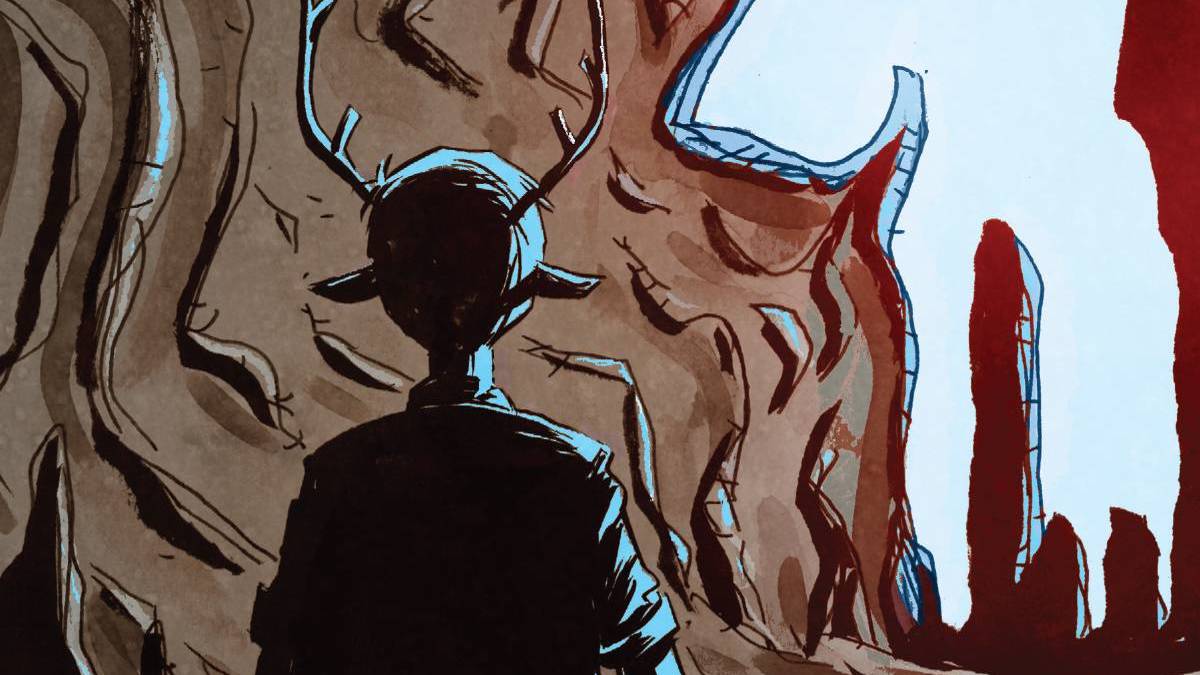 Ray: Jeff Lemire’s return to his first DC work has lived up to the original in every way so far, but there’s a distinct darker edge this time. While the original Sweet Tooth was a story of found family amid an apocalypse, this one is a haunted game of questions as a boy who shouldn’t exist tries to figure out his purpose. When we last left off, the young Gus—who somehow looks identical to the character who lived and died ages ago—had made a run from his cruel “father” and the nannies and guards who kept him at his seemingly bucolic cabin in the woods. There he seemed to encounter Jepperd, but the old man disappears as soon as he arrives and Gus is on his own again. We still don’t know much about the world beyond the woods, but Gus gets his first taste of it when he encounters a young girl named Penny who becomes his first friend—until they’re captured and dragged back down below, leaving Penny’s mother searching for her daughter.

The information comes fast and furious this issue, with the truth of Father’s plan for Gus finally revealed. The hybrids aren’t extinct—they’re apparently in control on the surface, sending the humans into underground bunkers. Father intends to create a perfect poison out of Gus’ blood, but the humans in the village seem to view Gus as a savior. What is the truth? Not even Gus knows, and that’s what makes this series so fascinating. I don’t know the last time we’ve seen a series so firmly and compellingly grounded in a single character’s eyes. Gus is a mystery to himself as he is to us, and Lemire’s brilliant writing and art immerse us in every part of this world. It’s a fast read, but one that doesn’t waste a single panel. I have a hard time believing a story this intriguing can be wrapped up in only six issues, but hopefully that’s just the first arc. When Lemire is on his game, few writers or artists can match him.

Review – Lucifer #2: Faces of the Devil