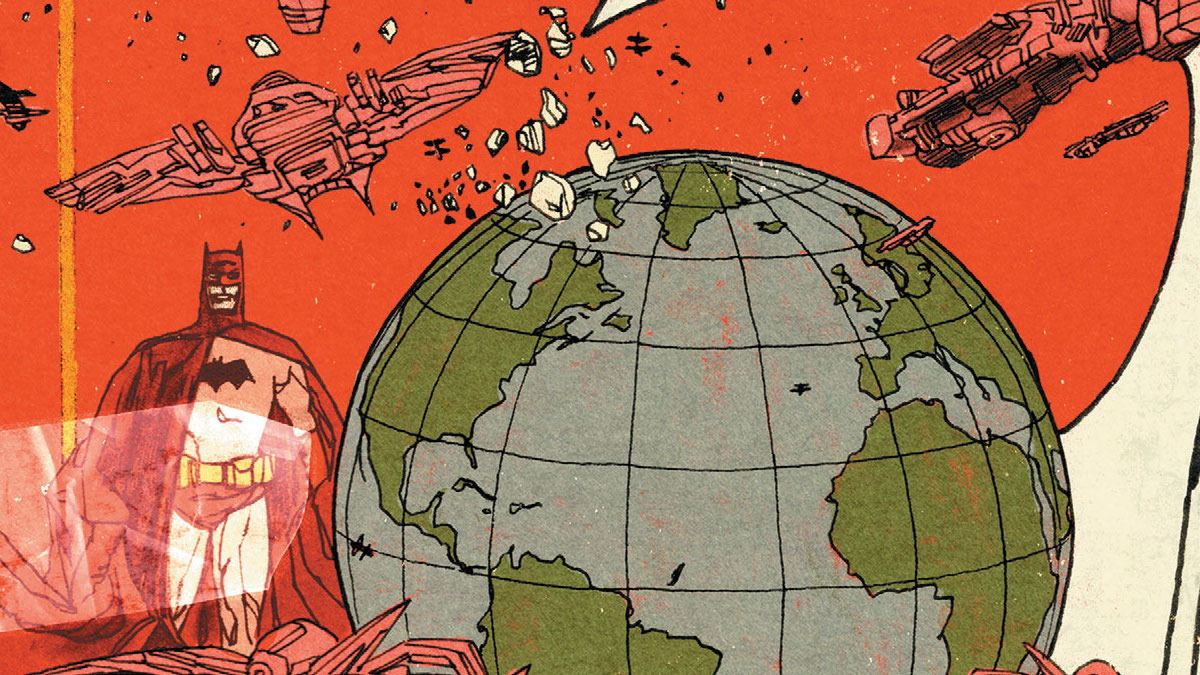 Ray: War comes to Earth as we pass the halfway point, and one thing that Tom King and this powerhouse duo of artists have done really well is turn the Pykkts into a genuine menace. We know so little about them that it’s highly effective, particularly in the opening segment as Adam Strange confronts a Pykkt scout. The standoff turns into a shootout, something that threatens to tear a rift between Adam and Batman later in the issue. Batman doesn’t kill because he’s a superhero. Strange doesn’t have that luxury because he’s a soldier—and he’s the only one who knows that what Earth is facing is a total war, one of the most dangerous they’ve ever experienced. Mr. Terrific is totally absent from this issue, as King has explained the two characters will largely alternate issues in the main story. He’s missed, but the main story is no less compelling for its singular focus.

We’ve been dancing around the big question of where Adam went when he and his daughter went missing, and what actually happened to her. A confrontation between Adam and Alanna sheds some light on one of the big secrets of this run, but the flashback segments may give us more information. At some point, during the war, the Zeta beam started malfunctioning and Adam was gone for unexpectedly long periods. The truth behind this involves a Pykkt spy in human clothing, and one of the most traumatic periods of Adam’s career. We see just enough of some of the things that happened to make it really effective, although this is one of the denser and more challenging issues of the series. There are some haunting and surreal visuals that really sell these scenes, even if it’s not always the easiest to follow. Another effective chapter in what’s shaping up as a modern masterpiece.