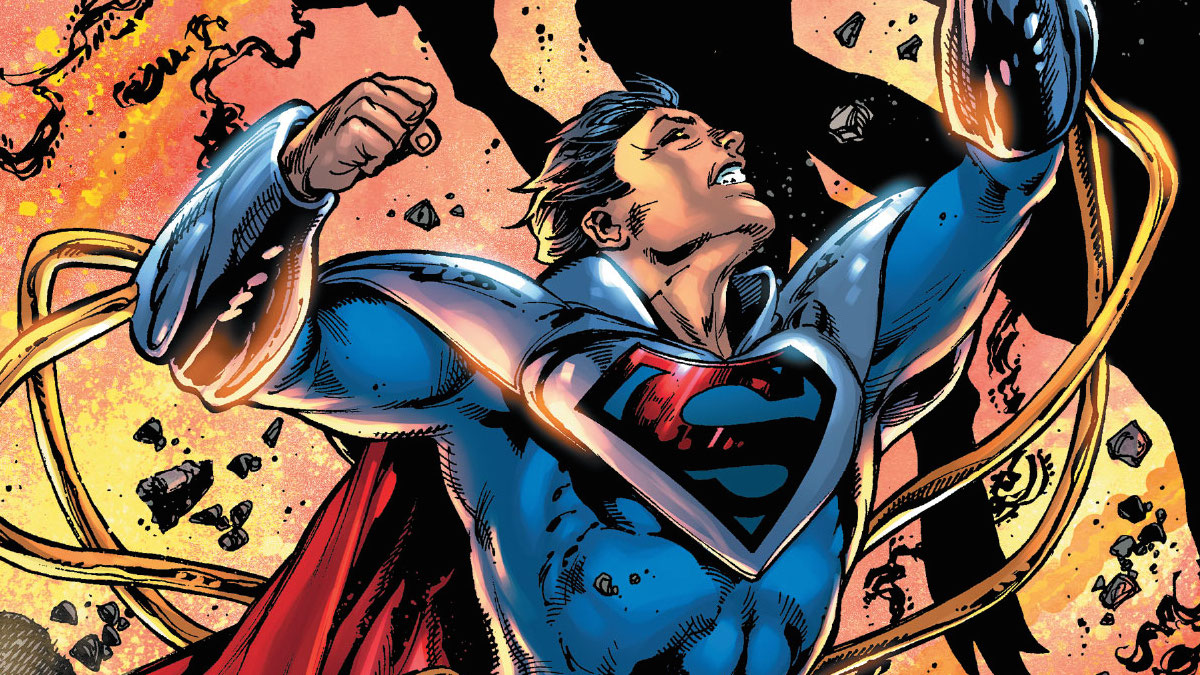 Ray: One of the longest-running plotlines in Geoff Johns’ tenure at DC has been the strange, sad saga of Superboy-Prime. The Superboy from a world that resembled ours where he was the only superhero, his grief eventually turned him into a twisted maniac who became the main villain of Infinite Crisis and many stories after that. He continued to appear, but much like Doomsday, his threat level eventually decreased. When he returned in Scott Snyder’s Trinity Crisis earlier in this event, he was treated with a bit more sympathy, as this older version from a world where he won seemed to come to regret that he had turned into a monster. Is there any hope for the redemption of this former hero?

In what might be the first true collaboration between the top writers of two DC eras, Scott Snyder and Geoff Johns pair up with a team of all-star artists for one final Superboy Prime tale, as he teams up with the heroes making a last stand against the Batman who Laughs—and confronts the boy he murdered, Conner Kent. Prime going against the villain of this event makes sense, as he always hated the “Darker and edgier” elements of modern comics. In many ways, he reflects the comic fan who can’t move on—he may long for a purer time, but his methods to get it are questionable at best. But the flashbacks to his life on Earth-Prime instill a great sense of sympathy for the character, showing that he was a genuinely good person before unimaginable trauma twisted him.

The art-jam style can be a bit jarring at times, but all four segments are excellent and the Darkest Knight is rarely drawn creepier. His twisted attempts to appeal to Prime’s weaknesses are compelling, but Johns and Snyder have taken this lost boy on a long journey that heads to a thoroughly satisfying and poignant conclusion. I like that he didn’t get a traditional redemption arc—he screwed up his “story” in a way that would have been really hard to come back from, especially with the Super-family. But that’s the beauty of comics. The reboot is part of nature, and the last pages of this issue deliver one of the best and most fitting closest to a character’s story I can remember. It’s a great way to close the door on an era of DC Comics, and easily the best tie-in of the event. 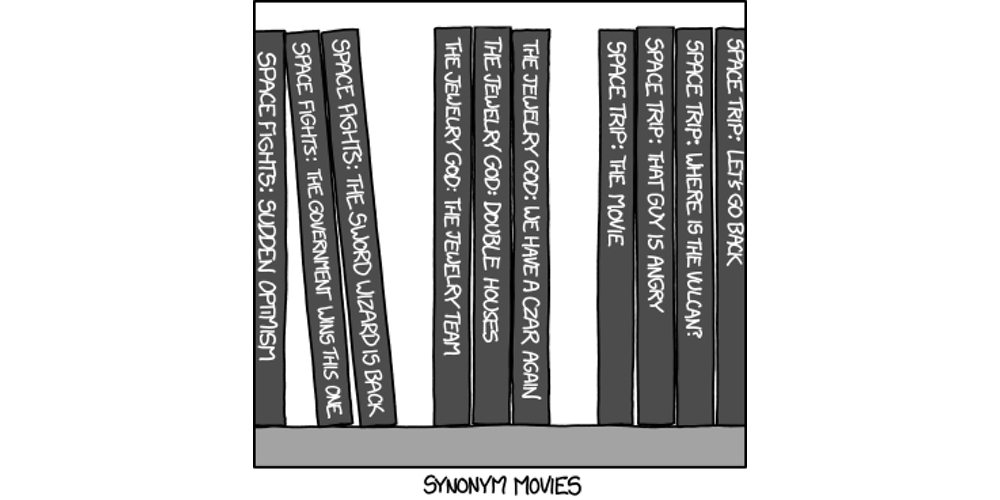 Because of XKCD, We Present You With #SynonymMovies