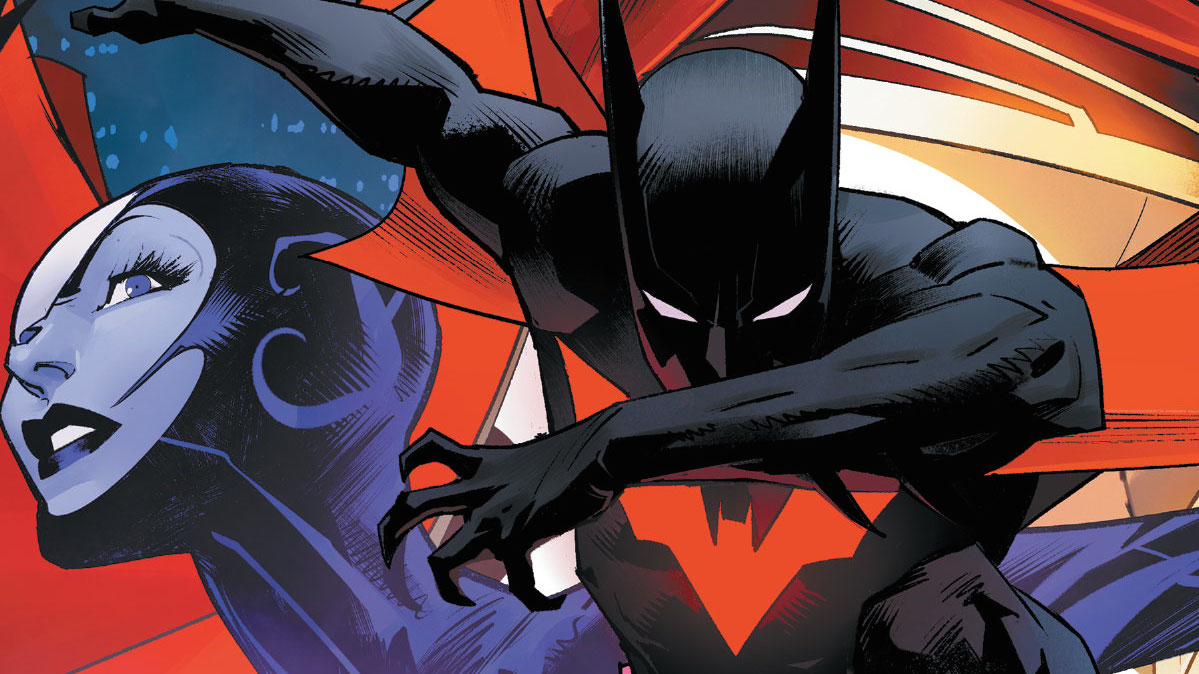 Ray: It’s been a long, strange journey for Batman Beyond, starting mired in the dark future of Future’s End and turning into a genuine sequel to the original cartoon. And through it all, Dan Jurgens has been steering the ship to a satisfying conclusion. This final issue is a done-in-one that packs a LOT of story into twenty pages, and kicks off with a bang—with a shocking piece of security footage showing Batman murdering a security guard. That evil Batman soon attacks Wayne Manor, injuring Matt and causing Bruce to have a near-fatal heart attack. With Terry’s Batman wanted by the police just as he tries to get to his family’s side, it’s time for outside help to bring the mystery to light—Wonder Woman, who hasn’t aged a day since the original timeline and doesn’t take long to understand that Terry is not the culprit here. I’m not sure if Jurgens has ever written Diana extensively before—he’s written almost everyone—but he has a good handle on her here.

I wish the identity of the culprit wasn’t revealed in last issue’s cliffhanger text, because the buildup to Inque’s reveal is pretty suspenseful. Once she’s revealed, her trademark shapeshifting makes her a tricky foe and one that still has a good reason to commit her twisted crimes—she’s dying and needs a selection of tech to stabilize her form. This is a good sequel to her original episodes, where she was one of Terry’s more sympathetic foes if one of the most dangerous. All the while, Bruce’s survival hangs in the balance, although it shouldn’t surprise anyone that he pulls through his surgery. The ending sets up brighter things for Terry and works as a series finale and a fresh start. I’m not sure if DC has anything planned for Jurgens in the next wave of stories, but I hope they do. After almost thirty years, he’s one of the most consistent writers in the industry. 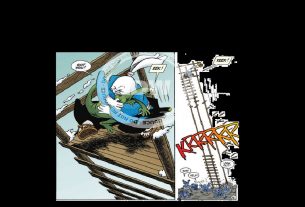 Review – The Last God #4: Beneath the Skin