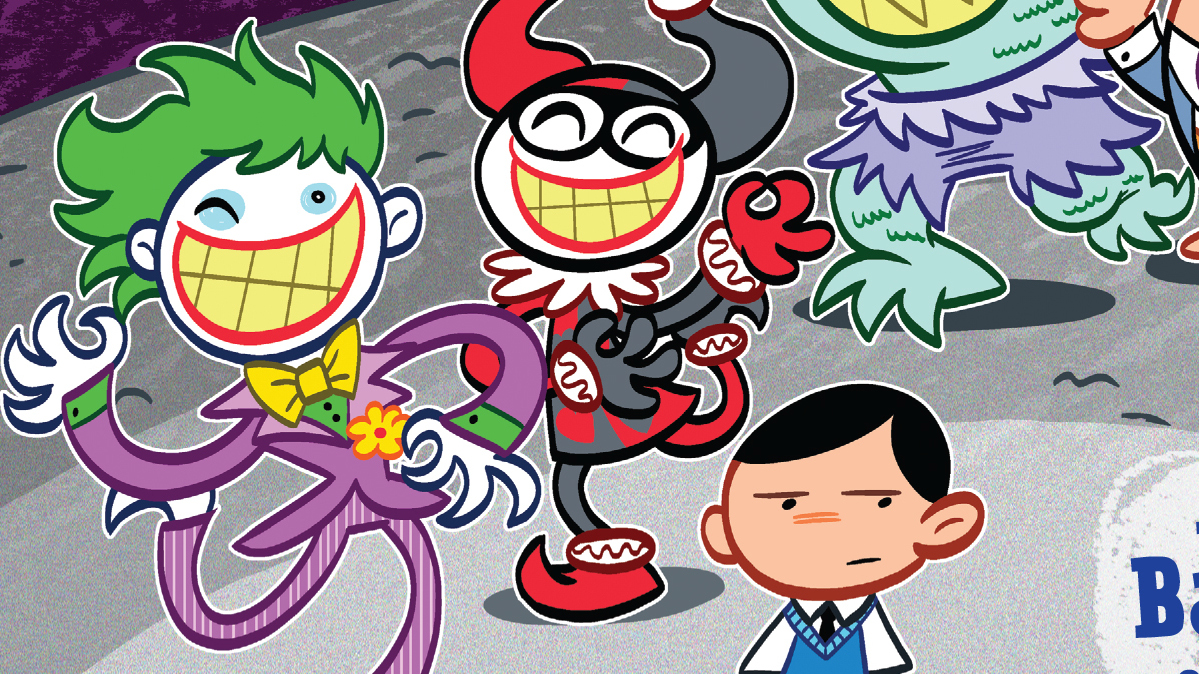 Ray: Art Baltazar and Franco have been the kings of all-ages DC comics for a long time, ranging from their long-running episodic hit Tiny Titans to their first long-form graphic novel Superman of Smallville. But they’ve never done anything as gleefully surreal as Arkhamaniacs, a hilariously twisted graphic novel reinventing the villains of Arkham Asylum through the eyes of a pre-trauma young Bruce Wayne who becomes obsessed with these eccentric maniacs and their unique living quarters.

No, this doesn’t match up with anything at all—Bruce certainly never hung out with his arch-enemies as a child in any other version. But from the first page, when Alfred takes a young Bruce on an errand to the Arkham apartments, it’s clear this is going to be something very different. Baltazar’s art is more surreal than ever, with Joker coming off as a rubber-limbed kook and the apartment building occasionally coming to life to greet him. A stiff-lipped Alfred and a perpetually exasperated Supervisor Gordon who run the building try to keep order—and usually fail.

Joker is almost likable here, a strange goofball who seems to be in his own world and only wants more people to embrace his unique brand of fun. Other villains are reinvented in clever ways, like Penguin being a bird-lover who likes nothing more than a dip with his penguins, and Scarecrow desperately trying to hone his scaring skills on crows. For some reason these maniacs all seem to have a trio of kids living with them—a surly pint-sized Poison Ivy and her friends Harley and Selina, the latter of whom seems quickly enamored with a young Bruce (although the way they’re drawn makes that a bit awkward to read).

After his first encounter with these oddballs, Bruce quickly becomes bored with life in staid Wayne Manor with his routine-driven parents. So one night he decides to sneak out and head back to Arkham Apartments with his new puppy Ace, and that kicks off a chaotic adventure that takes many unexpected turns. More villains show up, including Riddler, Bane, Hush, Killer Croc, and a surprisingly cute take on Man-Bat who just wants to sleep when all the others are causing chaos. The book is constantly ping-ponging us from one bizarre encounter to the next.

Hanging over this is the fact that Bruce can never quite see the apartments in the… unique way that Joker and the others can, and Joker becomes his odd personal shepherd in opening his imagination and letting the craziness in. This would be a sweet story about a boy raised in routine and tradition embracing his inner creativity, but it’s just a bit odd knowing that this is the future Batman and his collection of arch-nemeses. This happy ending isn’t going to stay happy in a decade or two!

Like many of the graphic novels out of DC in recent years, there is a huge gulf between the version of the characters you know and the one you get here. Superman of Smallville felt like it could have been a genuine prequel to the Superman we know. This one definitely does not. Ultimately, I’m fine with that. Kids love Batman, they love colorful and wacky characters, and this book delivers both. It’s the oddest book that Baltazar and Franco have put out yet, but one that hits its very strange technicolor mark. 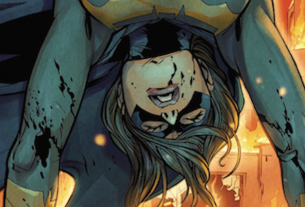