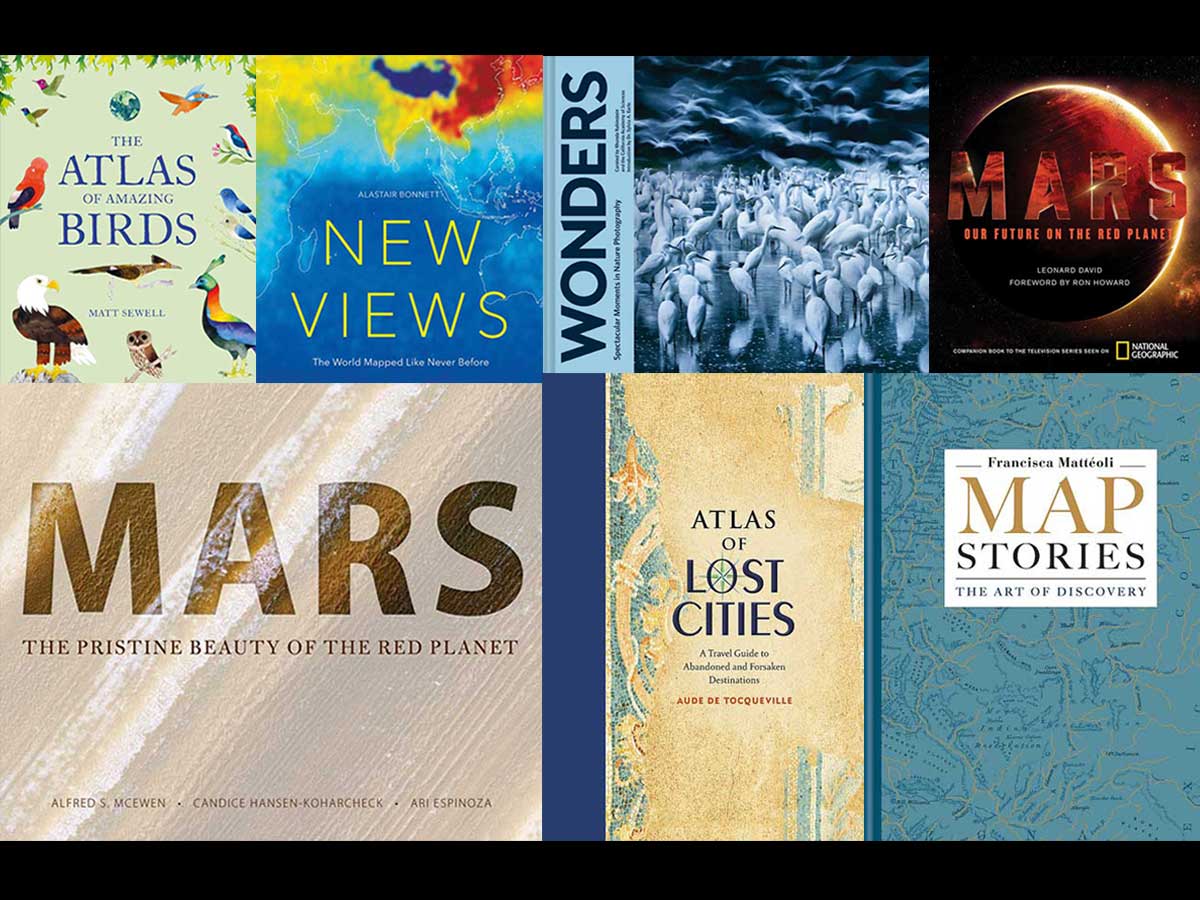 Books let us peer into other worlds and see things we normally can’t see: faraway places, microscopic details, peeks behind the curtain, and so on. And, of course, if you want a good view, a bigger window is better than a tiny peephole, right? So today’s stack is all about big books—think of them as bay windows that you can climb into and sit a while.

Note that many of these books aren’t new: I’ve had a hard time slotting them quickly enough into my Stack Overflow columns over the years, so they’ve been accumulating! 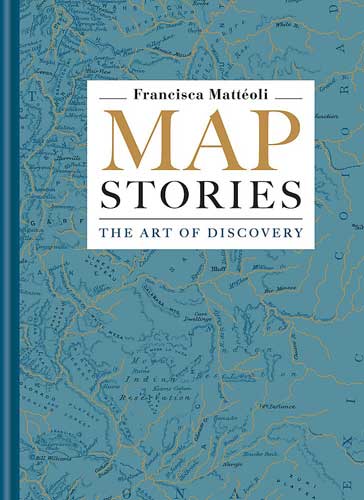 Map Stories: The Art of Discovery by Francisca Mattéoli

To start our journey, let’s start with a map—actually, a whole book of maps! This book tells stories of exploration and discovery and travel using lots of maps. With categories like “Lost Cities” and “Worlds of Ice” and “Taking on the Mountains,” the book takes you all over the world. Mattéoli’s fascination with maps was inspired by her grandfather, and if you have that same love, you’ll appreciate this diverse collection. 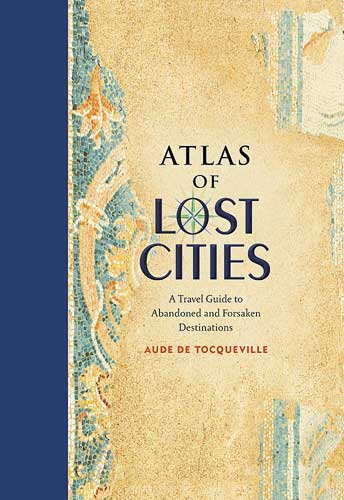 Atlas of Lost Cities: A Travel Guide to Abandoned and Forsaken Destinations by Aude de Tocqueville

While Map Stories includes a section about three lost cities, this book is entirely focused on them. These are stories of cities that are no longer (or just barely) inhabited, grouped by continent. Each section has a continent map showing the location of all the cities, and then each city’s entry has a close-up map with a stylized depiction of the city (though these are less detailed and are more illustration than map). I wish there were more photos in the book itself, but it can serve as a great jumping-off point for further research, whether you’re reading about the everlasting coal fire of Centralia, Pennsylvania, or the futuristic UFO houses in Sanzhi, Taiwan. 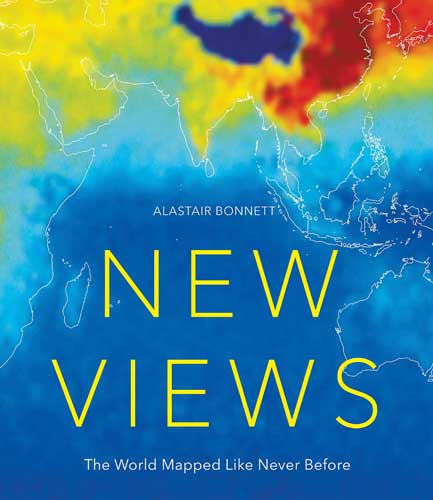 New Views: The World Mapped Like Never Before by Alastair Bonnett

Many of us have been obsessing over maps this past week as we watched analyses of election results, and I’m sure you’ve seen a lot of graphics over the past few months showing red vs. blue, population density, the spread of COVID-19, and so on. New Views contains 50 different maps, from physical features like solar energy and fire activity to cultural features like Twitter relationships and the world nut trade. The majority of the maps show the entire world, color-coded to show which regions have the most edible insects or how far it is to a major city, but a few are diagrams (like the ring-shaped graph showing the flow of people immigrating all over the world). Each map is paired with a brief explanation about the data being presented. It’s a great book for data geeks. 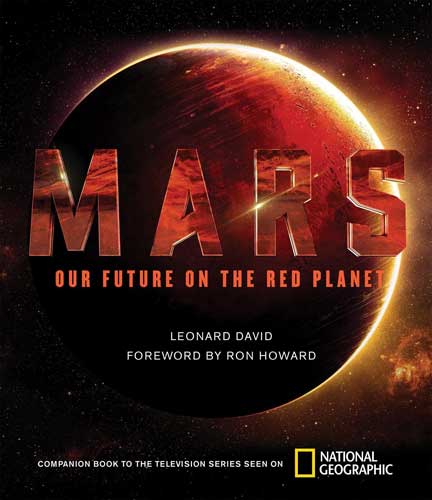 Mars: Our Future on the Red Planet by Leonard David

Now we go much further afield: to Mars! People have been fascinated by Mars ever since it was first identified, and it continues to fuel our imaginations and spark innovation. This is a companion book to the 2016 National Geographic TV series Mars, which was presented as a “documentary” looking back at a colonization mission in 2033. That part is fictional, of course, but there’s a lot of real science mixed in with it as well, explaining the geography and environment of Mars as well as actual and planned designs for spacecraft to reach the planet. There’s a lot of real space history mixed in with projections of where we might go next. 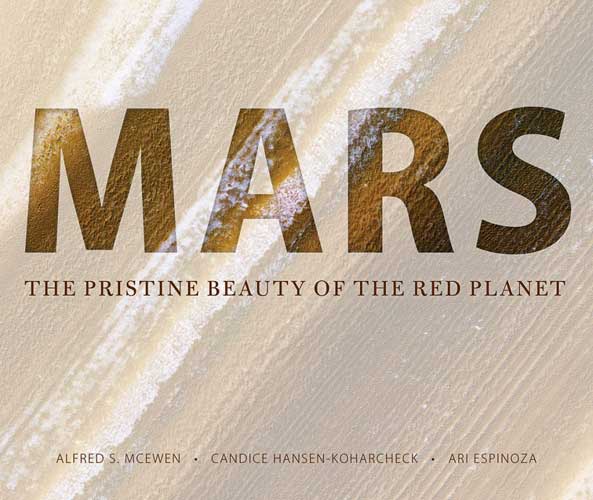 For an up-close look at Mars, dive into this book, by far the largest one in the stack—it weighs nearly 8 and a half pounds! It includes photographs taken by the High Resolution Imaging Science Experiment (HiRISE), which are amazingly detailed and shown off at an impressive size in this volume. The photographs are organized by subject matter: impact craters, gullies, landslides, and so on. There are even photographs of rovers and landers, tiny against the landscapes. It’s an incredible collection of photographs, and each is paired with an explanation in both English and another language, as a sort of Golden Record. It’s a lovely blend of science and art, and will give you plenty of hours of contemplation. 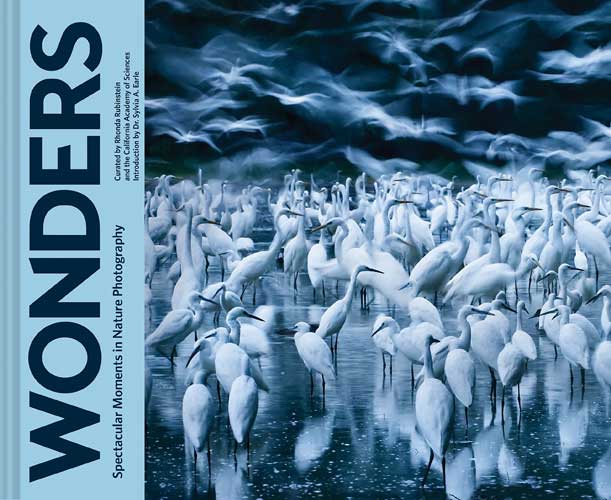 Wonders: Spectacular Moments in Nature Photography curated by Rhonda Rubinstein and the California Academy of Sciences

Nature photography shows us what we don’t often get to see: close-ups of animals we can’t approach, stills of animals that move too fast for our eyes, landscapes we can’t visit. Wonders has spectacular examples of all of these. There are underwater creatures, birds, and mammals. There’s a remarkable photo of tadpoles in a drop of water just before it drips away from the tree, and a picture of a buzzard-eagle from inside the carcass it is eating. The book highlights a few of the photos, telling the story of how the photographer captured the shot, and the photos are from many photographers all over the world. 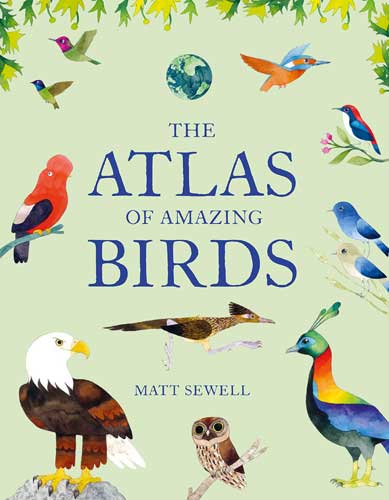 The Atlas of Amazing Birds by Matt Sewell

Did you know there’s a bird called the horned screamer that actually has a single horn coming out of the top of its head? I didn’t, until I read this book. Matt Sewell is an avid bird-watcher, and he has written and illustrated several smaller books about birds (we got our daughter Owls: Our Most Enchanting Bird when she was little), and this book is a big collection of his favorites from around the world. Grouped by continent, each bird gets a little biography and an illustration. Not every bird in the collection is as bizarre as the horned screamer, but the slightly cartoony drawings are delightful and cheery, and each bio also includes the bird’s length and home.

It’s been a couple weeks since my last column—my “Meme-a-Sketch” project took a lot of time, and between that watching election news (not to mention starting preparations for our GeekDad Tabletop Game of the Year judging) I just haven’t really been reading quite as many books lately. I did finish GameTek by Geoff Engelstein, a fascinating exploration of science and math through the lens of tabletop games, taken from his podcast series—you’ll hear more about that later. And I’m still plugging away at Weapons of Math Destruction by Cathy O’Neil, which I’ve mentioned before. It’s also very good but takes my mind a little more effort to focus on.

Well, hope you get to open some windows to other worlds this week! 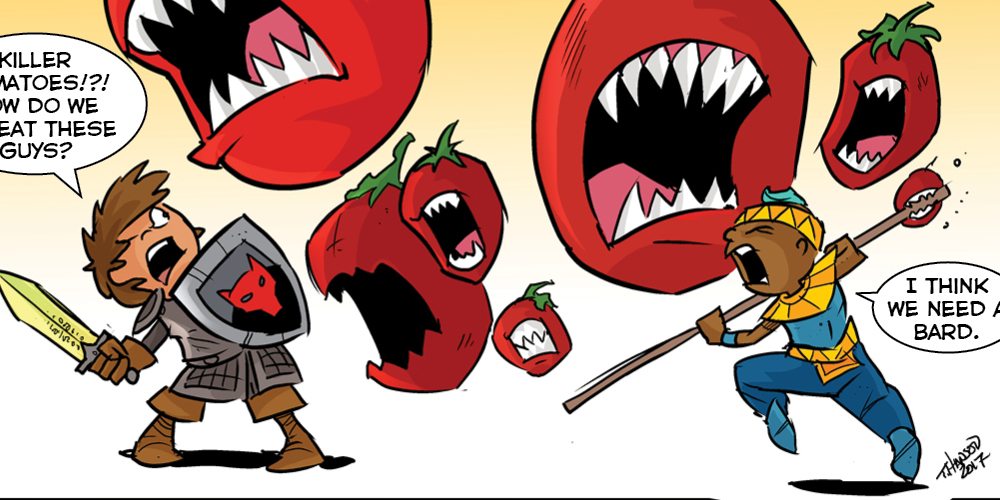 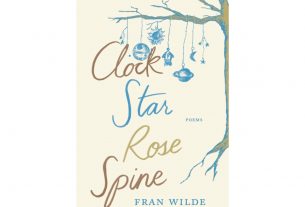 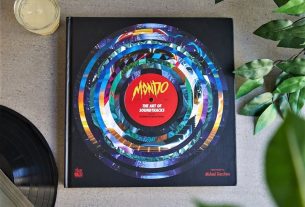