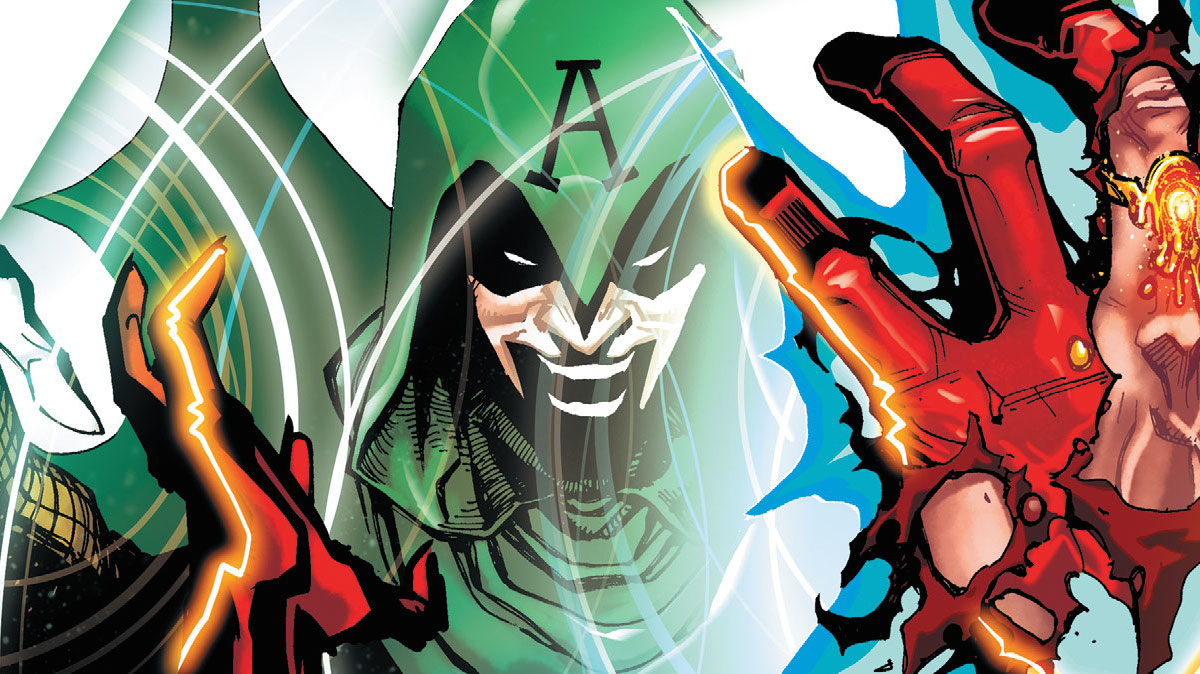 Ray: Since the start of this arc, Barry Allen has been faced with a new and more deadly Doctor Alchemy. His former friend, now a gimmick crook carrying a version of the Philosopher’s Stone, has suddenly become far more vicious and violent. As the issue starts, Barry is missing the Speed Force and trapped in a nearly destroyed Iron Heights. After making a getaway amid cells full of his enemies, he tries to puzzle out the mystery of his power loss, only to discover it’s all an illusion—he hasn’t lost his powers, they’ve been subtly neutralized using something Dr. Alchemy knew would be on his person at all time. It’s a clever touch that shows how Dr. Alchemy is winning the mental war between the enemies. The segments between Barry and Iris in this issue are strong, but it seems to fall back on the trope of Barry having to rescue Iris from villains a little too often.

Since the first issue, the main mystery has been how Dr. Alchemy got this powerful. The recap of his origin last issue provided a clue, but I wasn’t expecting the twist that comes near the end of this issue. It’s not a surprise that this arc has emphasized the former friendship between Barry and Albert, which I think was all but forgotten by modern writers. This arc turns out to be as much about saving Dr. Alchemy as it is about defeating him. This is definitely a much more conventional Flash story than the epics Williamson worked with, but I don’t think there’s anything wrong with that. A hero’s strength is often determined by how he handles his villains, especially those lesser villains who he fights repeatedly. Shinick, who has experience with DC characters, seems to have a good voice for Flash and his supporting cast and I wouldn’t be surprised to see him on more DC stories once Future State is over. 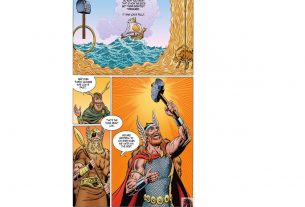