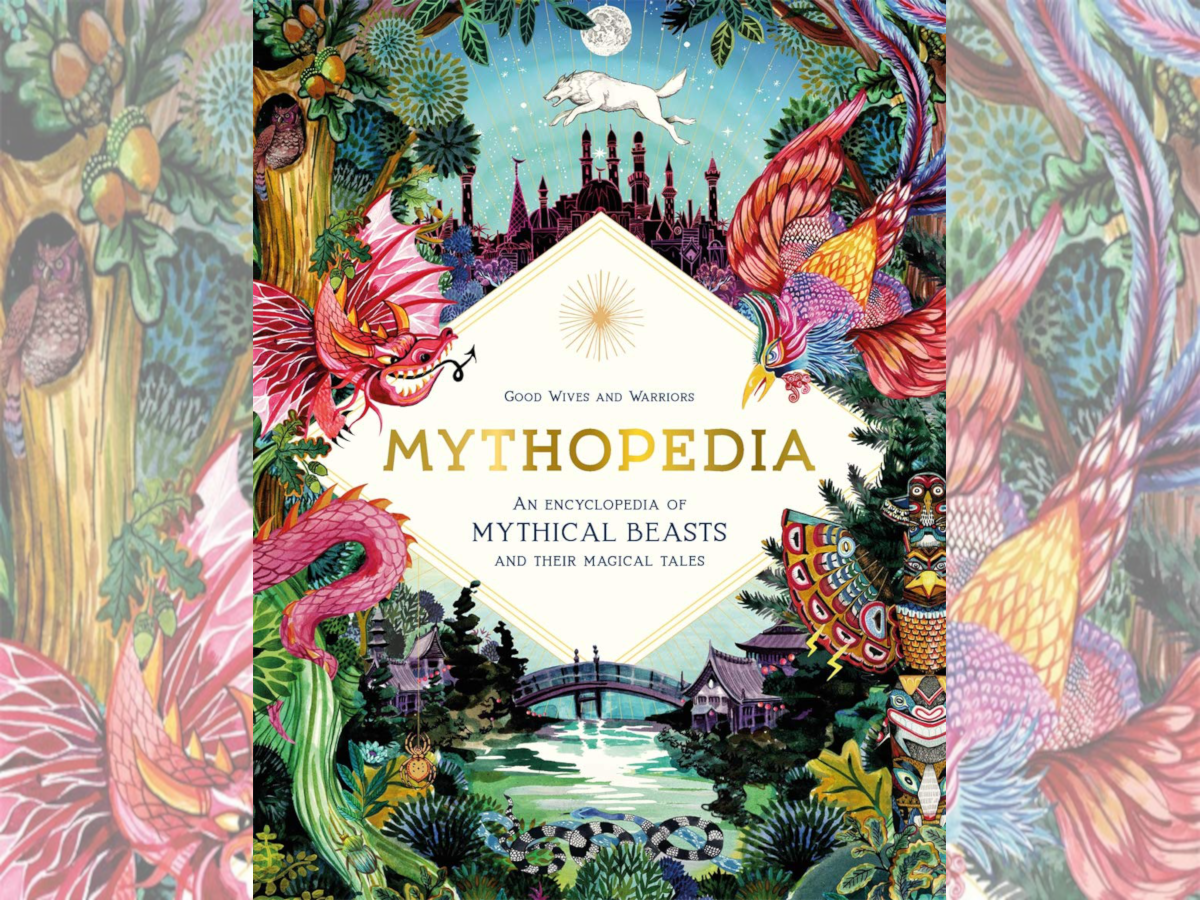 This Week’s Word Is “Mythical.”

Last year, I reviewed MythMatch, a gorgeous work filled with portmanteau legends. Now its creators “Good Wives and Warriors” are back with Mythopedia, a more straightforward but no less sumptuous look at creatures of legend from around the world.

Mythopedia is essentially an atlas of the planet’s mythical animals. It is broken down by continent and examines a number of myths that come from a particular area. There are flood myths, creation myths, and warning myths all of which are tied together by the fact they involve mythical creatures. Some of these creatures will be familiar, others far less so, possibly depending on whereabouts in the world you live. 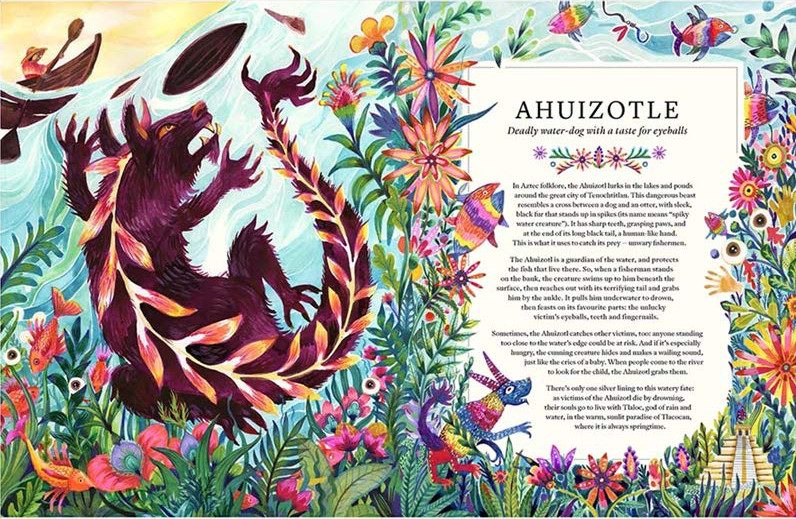 Each entry has at least one double-page spread. This details the creature via some boxed text which also describes a legend associated with it. This text also explains whereabouts in the world the legend originated from. Around that text, on each page, is a full-color and frankly stunning, illustration. There are 37 creatures in total. 17 of these are given an additional double-page spread that recounts the most famous legend they are associated with.

The book’s cover is a thing of beauty. Not only is the illustration amazing, drawing on many of the creatures found inside the book, but its binding is textured and pleasingly tactile. It’s a tome for book geeks to swoon over.

After opening with a brief introduction and an illustrated map of the world, Mythopedia is broken down as follows: 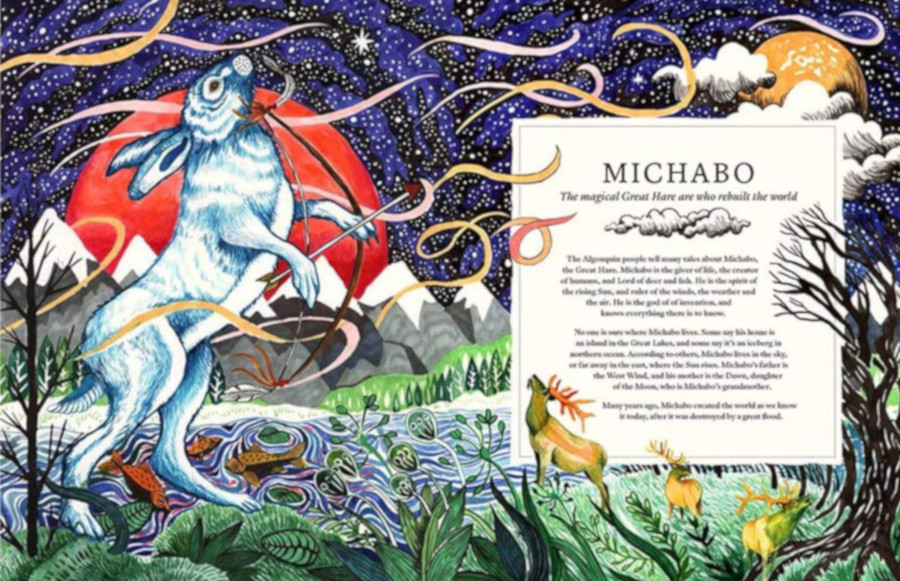 When you’re a child there is something so beguiling about mythological stories. They open your eyes to the wonders of the world. Many of us geeks seek out mythologies time and time again. Whether it be via roleplaying systems, SFF novels, or comic book stories, part of the draw for us is the defining of new mythologies. Books like Mythopedia remind us about the glorious mythologies that have evolved over thousands of years, across the globe.

Mythopedia adds an additional layer of beauty over the fascinating stories. Every page is a work of art. Even if you didn’t read the text, the book would be worth a look. But you’d be missing out on some really great stories too. Mythopedia is a triumphant marriage of words and art.

It’s hard to review much beyond that. The illustrations are amazing, the stories traditional, and the entire package a perfect way to introduce young minds to the amazing legends that persist all over the world. 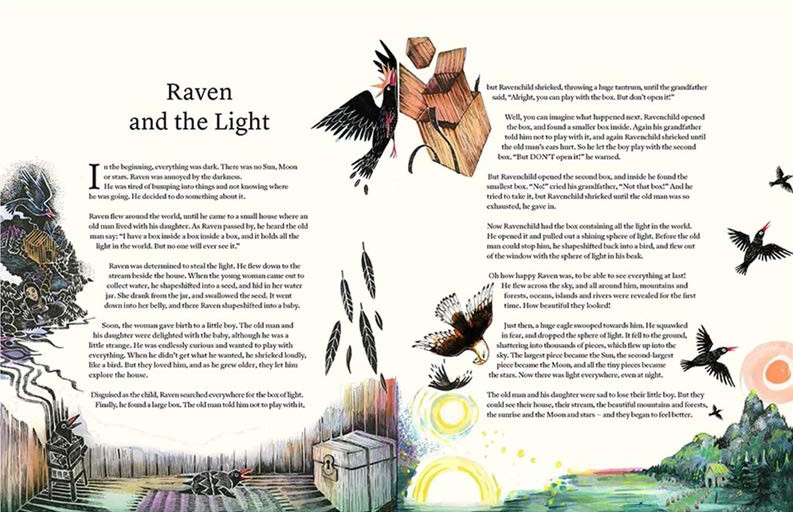 Disclosure: I received a copy of Mythopedia in order to write this review. The US link is an affiliate link for bookshop.org. 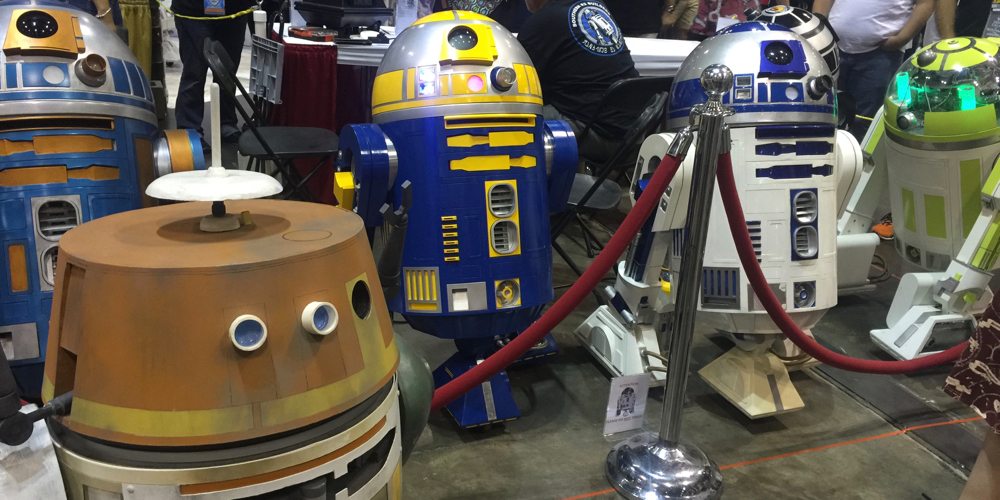 MegaCon: Where Even the Droids Cosplay

Is that a Mek’leth in your pocket or… oh forget it.

A Google-a-Day Puzzle for Mar. 7