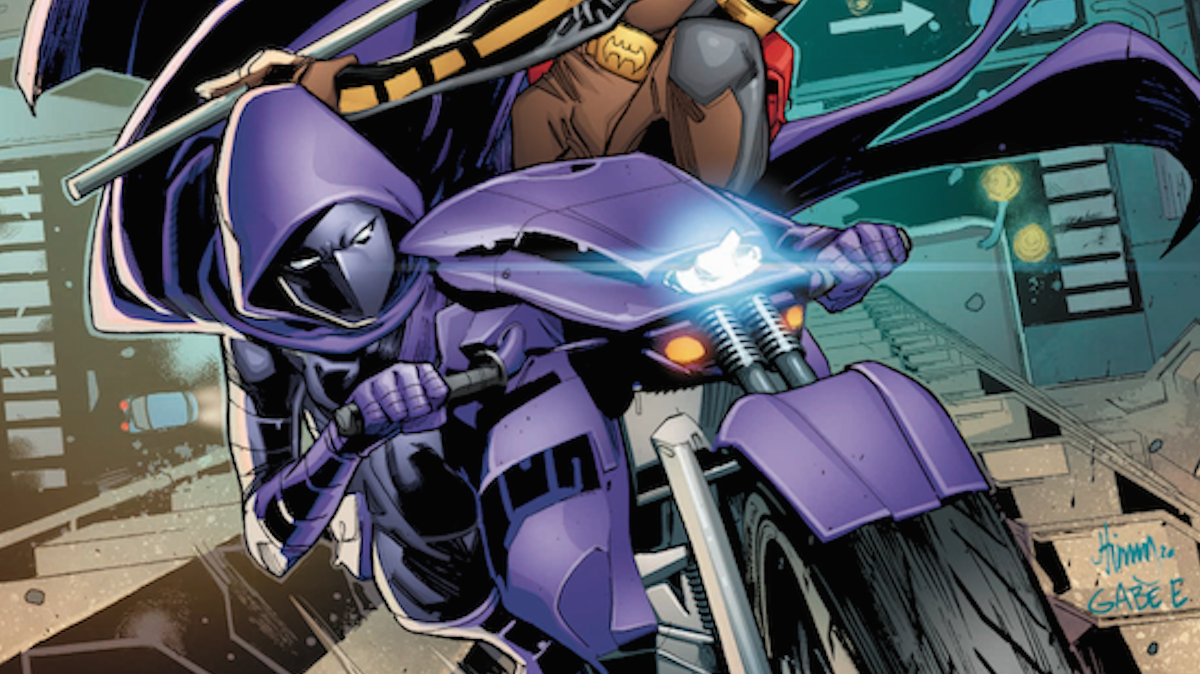 Ray: The best DC teen book in years is coming to an end in November, but is it really? The characters here are so well-received and the brand in need of a revival, so why wouldn’t this team just jump over to a new Teen Titans book? We can hope, because this is another excellent issue. Focusing almost entirely on the on-again, off-again couple of Drake (stupid name and all) and Spoiler, the main plot has Tim trying to keep Steph on an even keel as she tracks down her criminal father. There are a lot of retcons here, most of them rather casual—Cluemaster is just revealed to have faked his death and no more information is given—but the core characters are so entertaining as they bicker and play off each other that you don’t think too hard about it. This is a more intense Steph than I’m used to, when she was usually the playful and sarcastic character playing off more serious characters like Tim and Cass. But given the context, it makes sense.

Cluemaster is a darker character than usual as well, although that matches up with his role as a master villain in Batman: Eternal. He’s not exactly competent, but he is more than willing to kill his daughter if she won’t stop with this hero thing. Bendis and Walker do manage to get the comedy in with his rants to his henchmen, though. Michael Avon Oeming guests for a fantastic noir-accented flashback page that shows how Steph stumbled onto his latest plot, and there are also some nice cutaways to some other members of YJ and how they interact with their family. It’s the spotlight Stephanie Brown has needed for a while, and I’m hoping whatever happens to these characters, she finds a good landing place. There’s another strange but hilarious retcon at the end, and a strong cliffhanger to the next issue. It seems like every character is getting a spotlight towards the end, and twenty issues of an excellent DC teen team book is nothing to sneeze at.