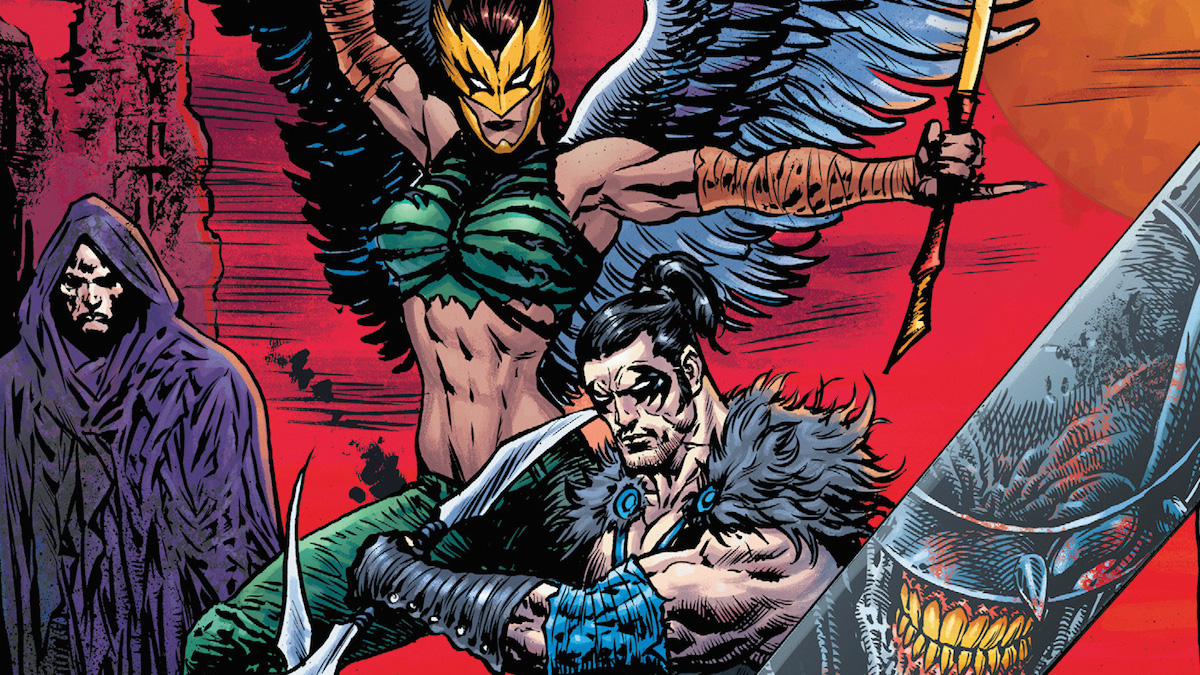 Ray: To fill in the gaps between the issues of Dark Nights: Death Metal, DC has greenlit an elite series of one-shots—and one in-book tie-in. With Justice League in limbo without a regular creative team, it’s playing host to a major tie-in arc by Joshua Williamson and Xermanico, focusing on a strange team-up of heroes away from the main squad. Nightwing, with his memories only recently restored, is now a lone warrior resisting the Darkest Knight’s reign while atop a robot horse. In his journeys, he fights off armies of Creepers and Grundies before encountering some fellow resistance fighters—Hawkgirl and a depressed Detective Chimp. It’s an odd group, but they’re all close to the main action in some way. The issue opens with a great flashback to the first time a young Dick Grayson ever encountered the Justice League, and bookending that with him leading his own squad is a strong hook for this arc.

It doesn’t take long before the heroes encounter another unlikely ally—Lex Luthor, now cast out by Perpetua and seeking a way to atone for his role in what’s become of the world. Luthor never turns away from evil for more than a few minutes, so it’s not surprising Hawkgirl—who has a personal vendetta—refuses to trust him. But he just may be the only hope to undo the world’s transformation, as he’s got insider knowledge. There’s maybe a bit too much exposition in this issue, as Luthor explains what’s happened to the world, but the action and dialogue are both strong. The ending of the issue reveals two massive new threats in Perpetua’s army, including a version of Batman we’ve only briefly glimpsed. The art by Xermanico gives this story an excellent gritty-fantasy vibe, and it feels like another missing piece in the layout of this new and terrifying world the Metal team has built over this event. 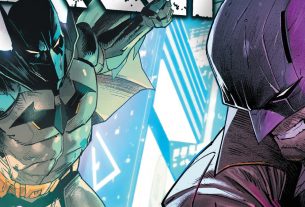