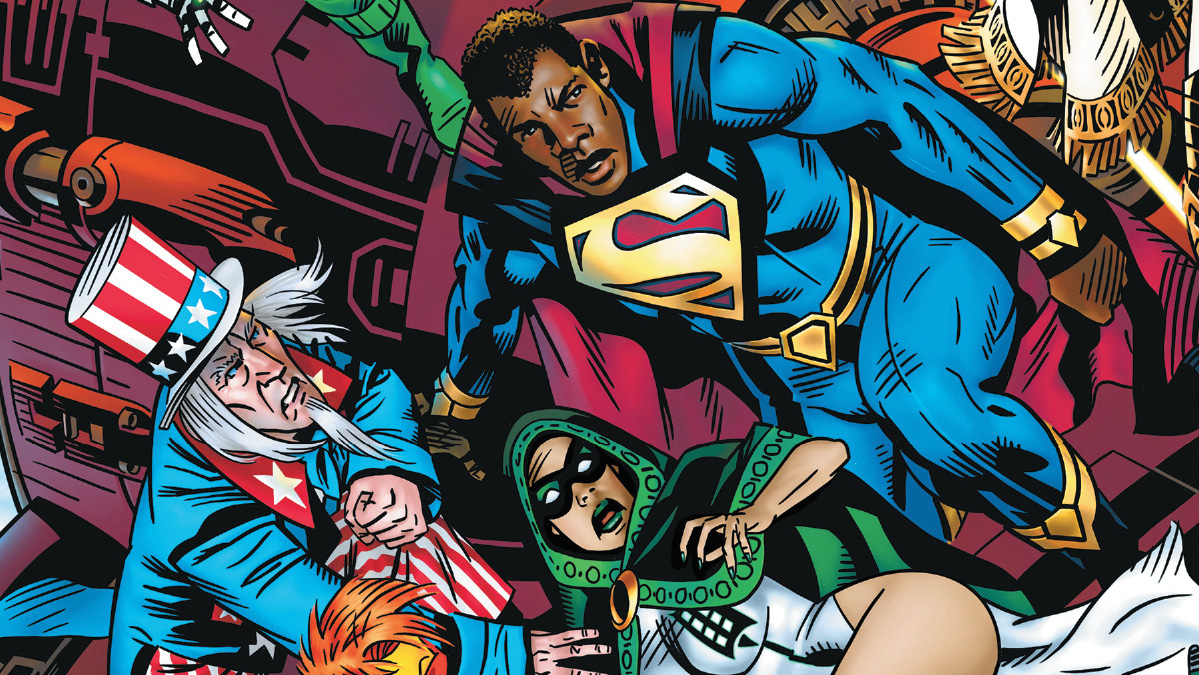 Ray: The next installment in the tie-ins leading up to the next issue of Dark Nights: Death Metal, this one-shot by James Tynion IV and Juan Gedeon may be one of the strangest event comics to come out in a long time. Focusing on the refugees of the collapsing multiverse as they try to turn the tide on Perpetua’s conquest, it features a ragtag group of heroes including the Earth’s Green Lanterns, survivors of various worlds including Bizarros, President Superman, and various evil alternates—plus Captain Carrot and the Kingdom Come Kid Flash, who surprisingly have some of the most emotional scenes in the issue. But the core of the story is between two very different characters—John Stewart and the evil Owlman, the one member of Earth-3’s Crime Syndicate to not side with Perpetua—because he won’t brook the idea of the Batman who Laughs being the most memorable evil Batman doppelganger in the multiverse. It’s a clever motivation, similar to Joker’s betrayal of the villains in Infinite Crisis.

The action is funny and chaotic, with some real stakes. The return of the strange Baby Batman from the recent Dark Knights anthology was unexpected—as is the fact that he turns out to be a legitimate villain backed up by an army of Bat-lanterns. What doesn’t work quite as well is that much of the issue is a recap of Perpetua’s origins, as John Stewart explains the stakes to Owlman to try to get him to switch sides. We’ve seen this origin before in the recent Justice League run, although the art is excellent here. It’s good to see John in a starring role again, but this issue really belongs to Owlman. Villains are best when their motivations are sort of inscrutable to a heroic person, and Owlman’s decision to be willing to sacrifice himself here only makes sense in the context of the DCU and the egomania of this evil alternate Batman. It’s not one of the best chapters of this event so far, but it’s a good side story with some bizarre twists and turns that also brings readers who may have missed the JL run up to speed.