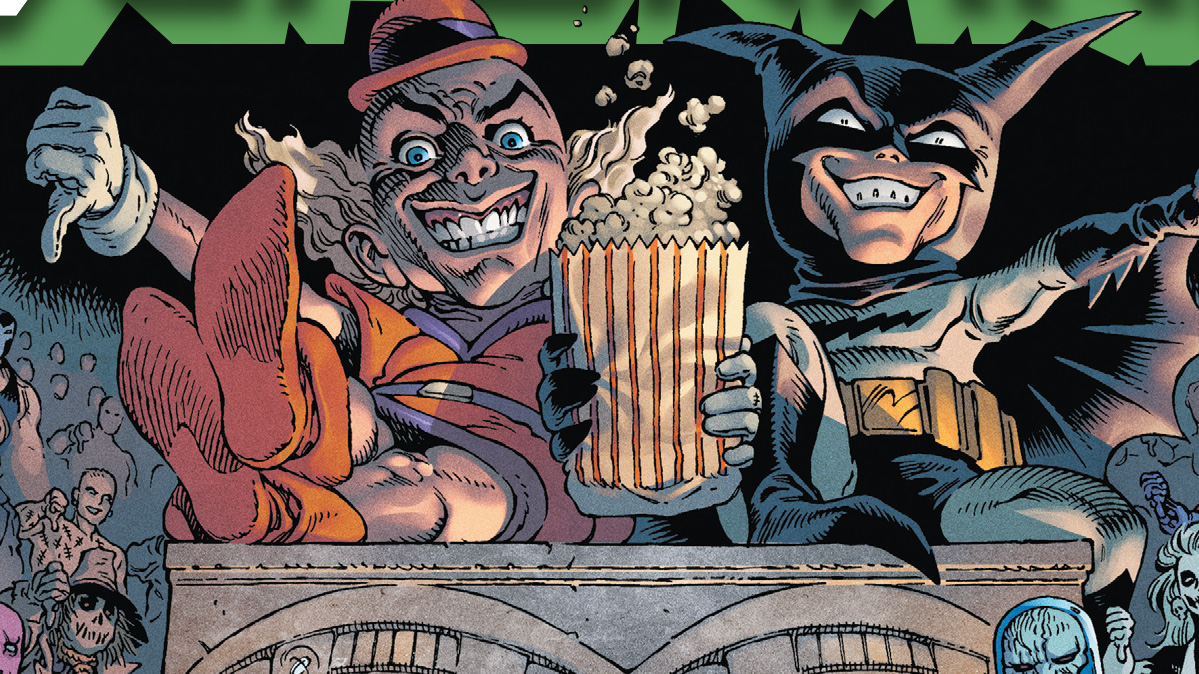 Ray: Amid all the major threats and cosmic team-ups in the main series, Josh Williamson takes a break from the drama to give us a team-up of Superman and Batman’s strangest enemies—Mr. Mxyzptlk and Bat-Mite. They’re training some young 5th dimensional mites, who are currently in an argument over who would win between Batman and Superman. And naturally, these responsible mentors get into the same argument. So there’s only one thing to do: set up a test by puppeting the real things and seeing who wins when the gloves are off. The scenario they set up is actually pretty dark—a strange anomaly is causing the multiverse to collapse, resulting in familiar faces dying spontaneously in a horrific effect of green goo. When it’s revealed to be Superman as the cause, Batman sets out to take revenge for the death of his family—even if he has to break his no-killing code.

That makes little sense, of course, and that’s the point. It’s a funhouse mirror of our favorite heroes told from the perspective of their biggest “stans,” and it gets increasingly absurd as it goes on. Batman and Superman pull out one crazy stunt after another, killing each other repeatedly as the simulation is reset at the protests of the masterminds. It all ends with Batman turning the sun red and killing them both—which is where this issue gets really interesting, as the two parties finally come face to face with each other. There is some really clever commentary about the state of fandom in this issue, along with some fun last-act twists where we see just how far the two imps are willing to go to be part of their favorite stories. It’s a great change of pace for the series, even if it does feel a bit like a random throwaway story rather than one that fits into the story overall.