Corrina: So, we’re getting to the end of the big event. No more voice in the sky to take up two pages, which frees up more pages for the storytelling. Most of the issues benefited from that as it’s clear the creative teams had more room to breathe.

Overall, very few of these stories are going to convert anyone to a regular DC comic buyer. Some of them will make long-time fans happy, but, for new readers, I’m not sure I’d recommend any of Convergence so far, save the two-part Question story, which can be read as a stand alone short story.

Corrina: I loved the heck out of the first two-thirds of this book, especially since we hardly ever, ever see Dinah Drake Lance and her daughter (even if it’s not Dinah Laurel but Olivia Queen) team up. I officially request a mini-series with the team of elder Dinah, bald Ollie, and Olivia. NOW.

Also kinda cool to see the two women talk around Ollie, and see the younger generation bond. The ending was “meh” but the journey, as a Canary fan, was great.

Mordechai: I’ll cop to enjoying the Canary team, but that was it. The writing was flat, overall. Also, despite normally like Rags Morales, this did nothing for me. Just me.

Corrina: I’m not familiar with John Henry Irons’s previous series, but I love him and the younger generation here. These are people I’d read a series about, in a kinder, gentler DC universe–especially since they think their way out of a problem.

Mordechai: I enjoyed Steel back in the day, but this was just dull. Like, fall asleep in the middle of it dull.

Corrina: Blue Beetles Team UP! I’m not sure what else went on. A bunch of fighting, I think, and lots of yelling by heroes, but the interaction between the two versions was worth the price of admission and reminded me what a great character Ted Kord can be. Also, love the last page.

Mordechai: And that’s two I disdained. Sorry, but the whole second half was just meh. I get it, Blue and Gold forever. I loved the original JLI run but this wasn’t it. At all. It was like ordering a steak and getting burnt hamburger.

Buy it? Mordechai says no. Corrina says yes for Ted.

Mordechai: No images on this one folks; don’t want to spoil any fun.

Corrina: I need a scorecard! I bow down to the art team who had to handle all these obscure DC characters. And look: a Suicide Squad mission that isn’t a misnomer and the classic version of Amanda Waller. I enjoyed this, despite the confusion. It is a classic Suicide Squad tale, so much so that I had to double check and make sure it wasn’t written by John Ostrander. People die. That didn’t bother me much, because universe reset and all that.

Mordechai: I’ll admit to taking enjoyment from this, if only for the last two pages. It’s a mess, but not in a bad way. It’s violent and bloody but there are still pathos.

Buy it? Yes, if only because Tom Mandrake’s art is not in enough books.

Corrina: Kyle is a good Green Lantern. Hal Jordan is not and, occasionally, he’s an evil Green Lantern called Parallax. Since I like jerky Hal, I had no problem with his reversion to villain, and it reminded me of the lame retcon of “the big yellow fear monster made me do it” that was used to rehabilitate Hal.

It’s good characterization of Kyle but he fails, so.. .I’m not sure the story has much point.

Mordechai: Having Hal destroy a city was just… wow. Guess a year in prison did nothing. And, hey, how’s the irony of a guy who went evil because his city was destroyed doing the same.

My one quibble is, for a book with so much going on (multiple fight scenes, death, cosmic stuff), it’s dull as dishwater.

Corrina: Ambush Bug is like the Deadpool of DC. Expect lots of in-jokes and sometimes breaking the fourth wall.

Mordechai: To be fair? It was Ambush Bug’s shtick first.

Buy it? It is funny. But only if you know the basis for all the jokes. If you need bathroom reading, see if you can find ’em in a back issue bin in two years time.

Mordechai: I have to remind myself that this is a family site, because my first urge is to curse. And not a funny curse either. This book angered me. Long story short: Kingdom Come Batman fights Zero Hour Catwoman for a bit, and then Intergang attacks them both. Catwoman gives her life, serving to motivate KC Batman to stop Telos. Something he was planning already

What we have here is a classic example of Fridging, complete with the “woman bleeding out in the hero’s arms.”

Corrina: I can’t say why I’m shrugging. Probably because it’s clear through the whole issue that Catwoman is the better hero, and she’s also the irreverent and sarcastic Catwoman I like to read. Yeah, she takes a bullet for Batman. I can’t raise any ire, given this whole silly event.

Mordechai: Notable in that it seems to be the one book that follows the initial concept–Aquaman beats Deathblow, and then a city blinks out (we’re supposed to think it was WildStorm city, but it was Electropolis). Beyond that? Blegh. Aquaman hydrating via someone’s blood may be the most ’90s thing ever.

Corrina: I have no idea who Deathblow is, so there’s that. It seemed more like one of those self-contained “hero chases villain in a confined space” things. It’s a well done version of it but not much more than that. I like that even though I don’t know Deathblow, the story makes it clear he’s a bad guy.

Corrina: He has no conscience about killing anyone? So… anti-hero??

Convergence: Shadow of the Bat
Story by Larry Hama; Art by Philip Tan.

Mordechai:  As with issue one, both Batman and Azrael’s dialogue feels off. Neat combat
scenes, though, which should be expected from Larry “Yo Joe” Hamma. Also a few good “Batman is the guy who wants everyone to live” moments.

Corrina: I’m confused. Because these are issue #2s that we’re reading and yet I’m not remembering part 1 on any of them. Where the first issues that forgettable or… have they jumped around in the plot?

Mordechai: I’m 99% sure the first issue ended in Gotham, and this one was in the WildStorm city, so, yes, jumpy. But forgettable too.

Corrina Oh, well. Azrael is nice to see again, the action is good, and I like that the heroes think their way out of the situation.

Buy it? If you need an Azrael fix.

Modechai: I believe the applicable quote is “bored now.” Too many caption boxes, too drawn out, too uninteresting.

Corrina: It is drawn out. I had a little squee moment at the original Post-Crisis version of Superboy and the art is nicely done, but it’s a big fight sequence in which no one really learns much, though Kon shows flashes of insight.

Mordechai: Never thought a book would be improved by the addition of Scott Lobdell. This is the strongest issue yet (damning with faint praise). If you have any interest in the main series, you can start here and not miss anything. Handy, as the minis will apparently culminate in this book.

Corrina: It is? I still couldn’t tell. Okay, guys, the Beyonder brought all the heroes to this place, and now his minion has escaped him… now all the heroes from various worlds will team up to stop him.

I’m wondering if this was meant to have one the feel of one of those “Crisis on Multiple Earths” crossovers from the 1970s? I used to love those, especially when they tossed in people like Viking Prince and Enemy Ace, along with, like, fourth Earths.

Buy it? Still no, but less of a hot mess.

After last week’s heights, we have hit a very clear nadir–made even more painful by the comparison to Marvel’s Secret Wars, which also features an alternate reality, but doesn’t feel like a bunch of fill-in, afterthought stories, and is by their top talents. No offense to the people above, but this ain’t that. 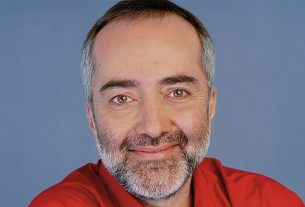 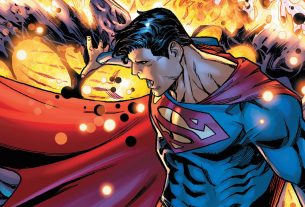