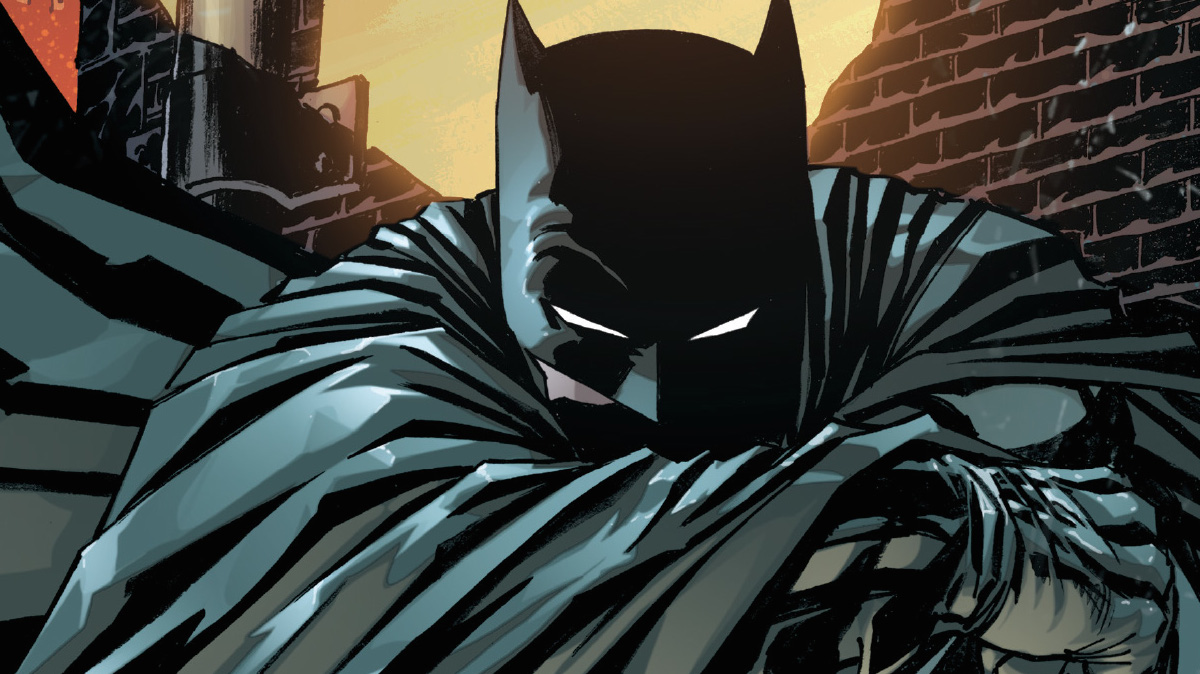 Ray: Coming off a wave of anthologies celebrating iconic heroes from the Bat-line and beyond, DC has one more up its sleeve – and they may have saved the best for last. DC celebrates the 1000th issue of Batman’s flagship book by bringing back virtually every modern iconic Batman writer past, present – and maybe future? It’s the biggest anthology yet at almost 150 pages, packed with talent, and it claims to celebrate the detective side of Batman’s mission. There are some interesting choices here, but how does it stack up quality-wise to other anthologies?

We start with current series writer Peter J. Tomasi and artist Brad Walker, telling a story that doubles as a pinup showcase. Batman is caught in a deadly deathtrap, slowly drowning. As the seconds tick away, he recalls the lessons he’s learned from escaping the traps of all his deadliest enemies. It’s a little odd to see Catwoman included, but these visuals are great and make the build-up to Batman’s escape and the reveal of the culprit all the more compelling. It’s a solid way to start this giant volume.

Next up is Brian Michael Bendis and his regular collaborator David Marquez, on a story focusing on the Bat-family. When a murder of a Gotham police detective attracts basically the entire Bat-family, they debate whether they’re in a test, a trap, or both. This is a fun story that shows off Bendis’ skill for dialogue – the Bats rarely talk this fast – but there’s a compelling mystery at the core. A splash page of how Batman collects evidence is a particularly impressive touch. There’s a twisty reveal, a surprise culprit, and a great family vibe to the whole adventure. This is probably one of my favorite Bendis stories from his time at DC.

Next comes a story by Matt Fraction and his Image Comics collaborator Chip Zdarsky, new to DC. It’s a brilliantly executed Batman/Joker game of cat and mouse, as Joker starts leaving Batman “birthday presents”. Not on his actual birthday, of course – that would make too much sense. We follow these bizarre presents through the years from Joker’s first appearance to the present day, giving Zdarsky the chance to draw some wonderfully surreal things. But the punchline at the end has some surprising power. This is honestly one of the best Joker stories I’ve read in a while in just over ten pages.

Greg Rucka and Eduardo Risso are both creators who have done a lot of work in Gotham, and they return to the world of the GCPD in the next story. It focuses on a new rookie officer, a black woman, as she tries to make a difference in the hard-boiled corruption of the GCPD. This story is very much in the vein of Gotham Central, with some surprising guest-stars. It’s also a more realistic look at Batman’s relationship with the police, not sanitizing the GCPD while emphasizing how hard the good ones have to work to survive and make a difference.

Next up, current series writer James Tynion IV teams up with Riley Rossmo for a story pairing Batman, Robin, and Deadman. The title made me think this might be Ghost-Maker’s debut, but it’s actually a supernatural story focusing on Batman helping Boston Brand track down a mysterious villain who is capturing spirits to power himself. The banter between the three heroes is great, but the real heart of this story is in the framing segments of a young Bruce and his mother – explaining why a science-based hero like Bruce takes the supernatural in stride.

Neither Kelly Sue DeConnick or John Romita Jr. have done much Batman work, but they’re included here with a story focusing on Bruce playing an intense game of nighttime golf with a corrupt businessman determined to get his hands on a slice of Bruce’s property. The story flashes between Bruce’s game, and Batman’s work to take down the crooked Steele from behind the scenes. Much like the GCPD story, it does a good job of drawing a contrast between Bruce and the civilian elements in Gotham he’s fighting against.

Marv Wolfman is the oldest Bat-writer on this volume, having told most of his stories with the character in the 1970s and 1980s. But his story with Emanuela Lupacchino proves he hasn’t lost his touch at all. Set partially in 1937 around the birth of Thomas Wayne, it focuses on a lost ship transporting art that had been rescued from the Nazis, and features the return of longtime Gotham supporting character Roy Raymond. Not only is the high-seas adventure a great change of pace, but it’s a nice nod to Bruce’s Jewish heritage. The ending begs for more of this story.

I was not expecting the Batman Inc. creative team of Morrison and Burnham to return, which makes the next story a great surprise. A noir-accented tale focusing on a new character called the Silver Ghost – who comic veterans may recognize as the star of Detective Comics #26, the last character to debut before Batman. This is a clever meta story, following the son of a drunk who decides to carve out a name for himself as Gotham’s guardian, only to be upstaged by Batman. It’s a great way to pay tribute to what came before and a quintessentially Morrison tale.

Next up is the unlikely pairing of recent writer Tom King and veteran artist Walt Simonson, as they pay tribute to the legendary Denny O’Neill. King has been hinting at Bruce’s death from illness as an old man for years in his run, and this issue finally pulls back the curtain on that final Batman story – revealing its link to obscure O’Neill villain Doctor Phosphorus. This gives the C-list rogue a massive role in Bruce’s fate, but also does an excellent job of showing why Bruce is so unique in his single-minded crusade for justice – even at his lowest, he never gives up on his enemies.

Scott Snyder and Ivan Reis are a blockbuster creative team, and their story doesn’t disappoint. It focuses on one of the biggest cases of Batman’s career – reigniting the sun after a mysterious villain takes away Earth’s life source – but it’s told through the eyes of Jim Gordon, as he faces down the apocalypse. Snyder’s run brilliantly fused the incredible scale of cosmic stories with a very human touch, and Gordon’s run as Batman was one of the highlights. It’s great to see that dynamic revisited one last time, and the visuals of this story are top-notch.

Dan Jurgens has been writing and drawing DC comics for almost thirty years now, and his latest story comes from the mysterious event Generations, which will apparently reveal the hidden secrets of the DC timeline. This story focuses on Batman fighting a group of criminals dressed as classic Universal monsters, but it takes a dramatic shift midway through with the return of the original 1939 Batman. That’s followed by the appearance of a pair of time-hopping DC heroes, and it leaves a lot of unanswered questions for the upcoming giant-size one-shot in December.

Finally, it’s Mariko Tamaki and Dan Mora telling a story set in the midst of Joker War, as a broken-down Batman intersects with a pair of rookie cops with deadly consequences. Solicits indicate that one of them, Nanako, will become a major threat to Batman as a politician with a hard-line anti-vigilante bent, and this story reveals why in a tense, brutal narrative that drives home the human cost of the Joker’s attack on Gotham. It’s one of the darkest stories in the volume, and one of the best thanks to its look at the human cost of the ongoing superhero/supervillain war.

Without a single bad story and many exceptional ones, this might be the best collection of talent DC has ever put together under a single-issue banner. 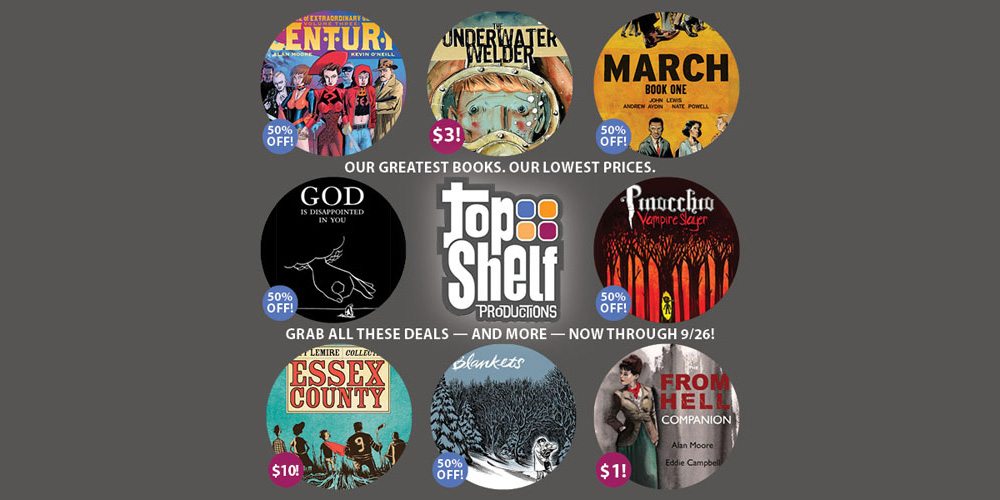