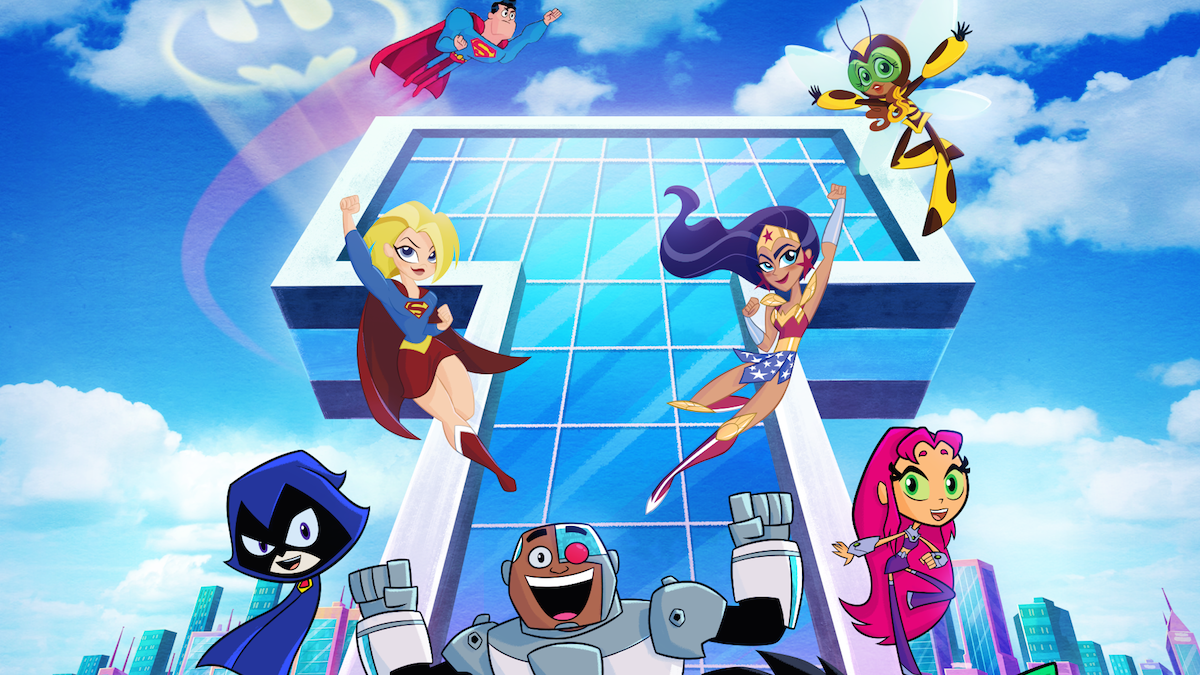 Coming off the success of the first half of DC Fandome, DC is returning with a second event on September 12th, and coming with it is the all-ages event DC Kids FanDome, which will bring some fan-favorite characters to life. Below, you’ll find the entire line-up for this virtual con, along with the official DC press release.

DC Kids FanDome is almost here, and we want to remind you of all the superhero fun families and kids can have on September 12.

Similar to DC FanDome: Explore the Multiverse, DC Kids FanDome is a first-of-its-kind, virtual experience that will celebrate all things DC – films, games, TV, comics and more. It’s also completely FREE — with no lines or badges required. The festivities kick off at 10: 00 a.m. PDT and DC Kids FanDome can be accessed separately at the kid-friendly DCKidsFanDome.com web address. The entire experience will be accessible across all mobile platforms, in addition to desktop.

At DC Kids FanDome, kids of all ages will be entertained for hours on end, learning how to draw their favorite characters, watching clips and exclusive panels from favorite animated shows like Teen Titans Go! and DC Super Hero Girls, reading comics and so much more.

Below is a sample of the on-demand schedule detailing all the ways kids and families can have fun at DC Kids FanDome. Take a look and remember, if your kid loves Batman, Superman, Wonder Woman and other DC Super Heroes (and Super-Villains!), they won’t want to miss it!

Join the cast of Teen Titans Go! as they talk about what it’s like making the show and act out some of your favorite scenes!

What’s Beast Boy’s favorite animal? Who do the Titans think is their greatest enemy? Why does Silkie bark all the time? You got questions and the Titans got answers!

If you’re a fan of the Batmobile, you’re gonna love this LEGO brick build thanks to Brick Artist, Nathan Sawaya.

Watch Brick Artist, Nathan Sawaya as he builds Beast Boy’s head and then transforms it into 3 different animals…all out of LEGOs.

He may have teeny tiny, baby hands, but Robin’s LEGO head is huge!

Join DC Kids Show’s very own Jett for a crash course on everything you ever wanted to know about Batman’s many amazing Batsuits!

Batman and Robin are one of the most famous duos ever! Find out what makes their crime-fighting partnership so awesome!

No superhero is complete without a super villain and for Batman that would be The Joker. Think you know all about this master criminal? Think again!

Let’s shine a light on Robin, Batman’s right-hand man and discover everything there is to know about the Boy Wonder!

From the Batmobile to the Batwing, Batcycle to the Batglider, Batman has some of the coolest, most rad vehicles a superhero could ever wish for. Here’s a look at these amazing machines in action.

Go to school to get cool…SUPER cool for the Karaoke, fool!

Are you ready to rise? Of course, you are! Is your Eye on the Prize? Of course, it is! Sing along with the DC Superhero girls in this heart and fist pumping music vid.

DC Karaoke – DC Super Hero Girls “Save You With My Love”

The DC Super Hero Girls gotta save themselves from the Boy Band trying to save them with their love…good luck! (Probably helps to just sing along…)

The DC Super Hero Girls love Gotham City so much they wrote a song about it! Everybody now…The City We Lalalalalala Love!!

Better recognize…this karaoke sing along is way Too Much Fun thanks to the DC Super Hero Girls.

Do you know who the Titans are? You will after singing along with this jam!

Straight Buggin is what you’ll be doin’ when this track gets stuck in yo head.

Read along with recording artist, H.E.R. as she reads a lil’ bit from, Wonder Woman, 5-Minute Stories.

Read the DC book Shazam Showdown! along with Jack Dylan Grazer, Freddie Freeman in the hit DC movie, Shazam! Go ahead and say it: “SHAZAM!”

Who better to read the DC book, Becoming Shazam than Asher Angel who plays Billy Batson in the hit Warner Bros. movie, Shazam!? Come on and read along!

DC Read Along – Jenny Lorenzo | Be A Star Wonder Woman

Come along with wonderful actress, Jenny Lorenzo, as she reads the DC book, Be a Star Wonder Woman!

DC Read Along – Lilly Aspell | Diana: Princess of the Amazons

Lilly Aspell plays young Diana in the new DC film, Wonder Woman 1984, but in 2020 she’s here reading to you! Join her as she reads from the DC book, Diana: Princess of the Amazons.

How to Make Comic Books

We all love comic books, but do you know how they are made? Nandi and Jett from DC Kids Show find out all there is to know!

How to Draw with Jim Lee and Family

Ever wonder how to draw Wonder Woman? Join Jim Lee and his family for your chance to hone your drawing skills!

How to Draw Wonder Woman

Ever wonder how to draw Wonder Woman? DC Artist, Victoria Ying breaks it down for you in step-by-step instructions.

How to Draw Babs Gordon

How to Draw Batman

DC Artist Dustin Nguyen not only teaches you how to draw a moody Batman…but you’ll also learn how to draw Damien Wayne (AKA Robin)!

How to Draw Bumblebee

She’s back…Kat Hudson, character designer on DC Super Hero Girls, gives you an in depth look at how to draw Bumblebee.

How to Draw Raven

This time animator Hayk Manukyan teaches us how to draw Raven. Raven couldn’t be more thrilled…

How to Draw Robin

How to Draw Superman

Fantastic teacher and DC Artist, Franco, walks you through the steps it takes to draw the Man of Steel himself, Superman.

The DC Super Hero Girls have a most awesome visitor. Think you know who it might be? Find out right here!

Raven is here to show you how to make your very own Origami Shazam symbol! Azarath Metrion Shazam!!!

Join Batgirl as she shows you how to make an Origami symbol of Barry Allen, er, The Flash.

Wonder Woman’s tiara is super cool and now you can make your own, Origami style!

Watch out Internet! In this all-new video short, Babs (aka Batgirl) is ramping up to become the latest social media sensation — with a little help from Bumblebee!

In this all-new video short, Jessica Cruz (aka Green Lantern) has a new video column for the school newspaper, the Daily Planetoid, spotlighting some of the biggest (and super-est) personalities at Metropolis High School. First up on her list? Supergirl!

Make Your Own Comic Book

Check out these tricks of the trade for making your own comic book from pro comic book writer and illustrator, Kirk Scroggs!

Do you have what it takes to join the League of Legs? You will after this workout! Kick and Lunge. Repeat.

If you wanna be lean, you gotta eat your greens!