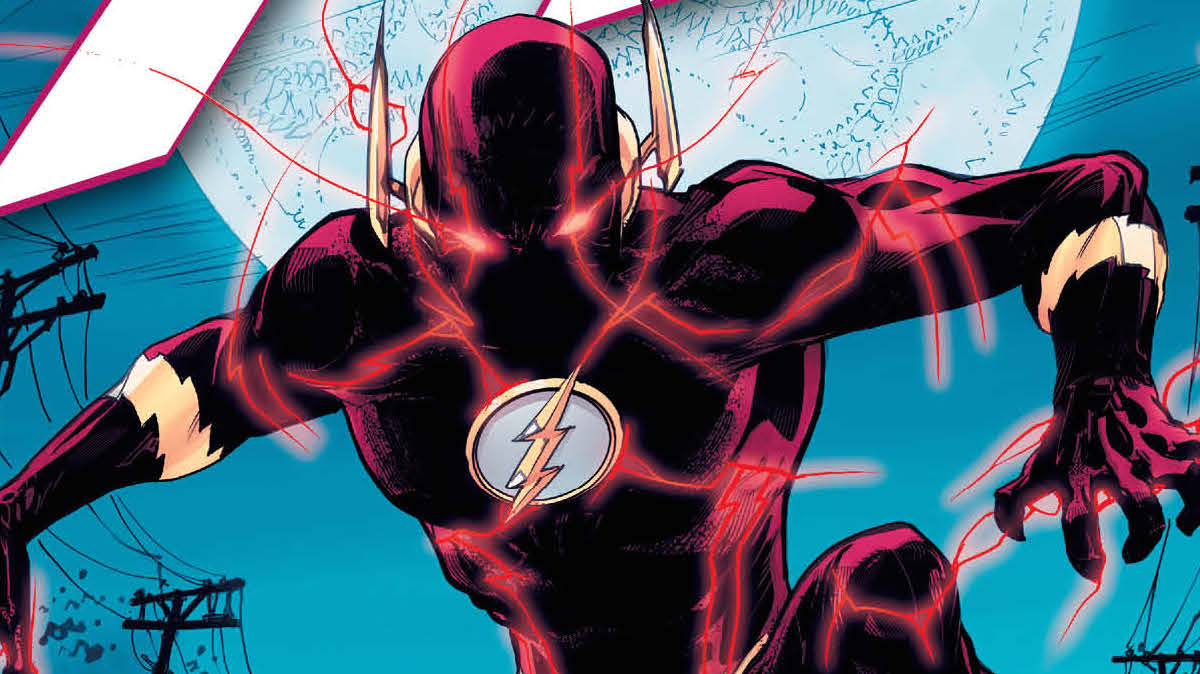 Ray: Things are heating up with only two more issues before Josh Williamson drops the mic on his epic Flash run, and “Finish Line” is shaping up like one of the best arcs of the series. With Eobard Thawne taking up residence in Barry Allen’s head, the Flash Family is in extreme danger, and the opening segment pits newly-returned Jay Garrick against a faster, more ruthless speedster. But Thawne quickly dips out once he realizes he can’t take on the entire Flash Family, and sets his sights on another target—Nora Allen’s body, which has the potential to help him lock down his control over Barry’s body. Barry, meanwhile, is in the Speed Force—or a variant of it called the Starting Point—with retconned speedsters Max Mercury and Jay Garrick, as they coach him on how to escape this limbo. But they’re not the only speedsters there, and soon Barry is trapped in a strange form of limbo combat with one of his biggest regrets.

This segment, as Barry faces an enraged Inertia looking for any way out, is a great display of the Flash’s compassion. Even when his own salvation involves taking out this kid, it’s not something he’s willing to do. That’s been a common theme through this run—Barry is an inspiration not because of his powers but because of how human he is. That’s why he and Bart Allen are able to start making cracks in the Legion of Zoom, as several members consider breaking off from the villain. The last few pages of the issue have some fantastic reunions that I’m hoping Williamson or other writers will follow up on, and a great cliffhanger that ups the threat level once again. This is quickly turning into one of the defining Thawne stories, and the supporting cast Williamson has built over the last four years is served really well here. Whoever takes over for the next long-term Flash run will have a tough task ahead of them—this is now one of the all-time iconic Flash runs.