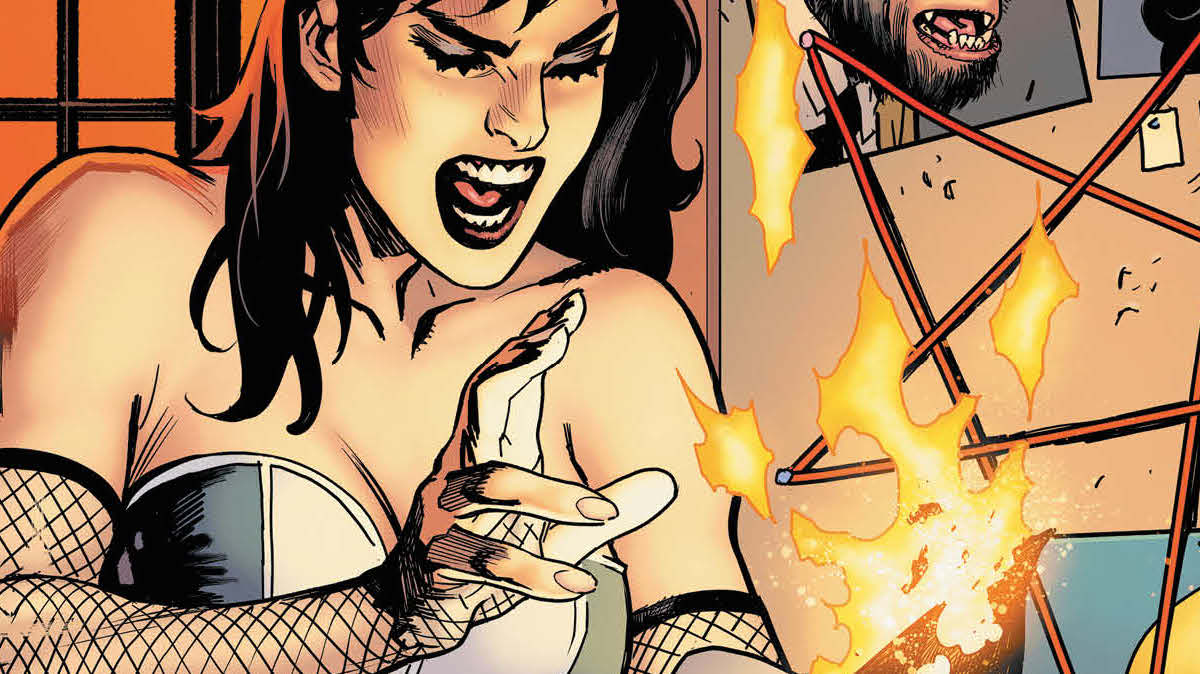 Ray: Ram V takes over in full this issue, as the Justice League Dark head into a new era. The team is splintered by the betrayal of John Constantine last issue, and it’s clear that not all the team is well. Man-Bat continues to veer madly between sanity and insanity, Wonder Woman isn’t sure she can return to their brutal fight against the darkness, and Kent Nelson is leaving his protege behind to explore the world. But it’s Zatanna who’s in the worst shape, increasingly unstable as she desperately tries to find a path to the Upside-Down Man’s realm and rescue her father’s soul. We know from a flash-forward segment that this isn’t going to go well, but it’s how we’re going to get there that’s the most interesting part of this issue. The team is barely even a team at this point, and much of this issue falls on the shoulders of their least-heralded member—the always grumpy and fitfully capable Detective Chimp.

Not all that much happens this issue, but it really doesn’t need to. The quieter moments—Zatanna’s increasingly desperate attempts to crack the spell, Kent and Khalid’s heart-to-heart about what the Helmet of Fate does to a person, Kirk’s ramblings about what he discovered through his vaguely unethical science—pull you into the story without there needing to be any big action spinning around the story. The calm before the storm makes the actual storm that much more effective when it arrives towards the end of the issue. Wonder Woman’s always been an odd fit on the team—she’s a magic-based character, but she’s never gone up against Vertigo-style menaces before. And that obvious discomfort makes her a strong POV character for the series at times. Ram V’s arc is just getting started, but all evidence is that he’s going to deliver a strong follow-up to Tynion’s epic run.