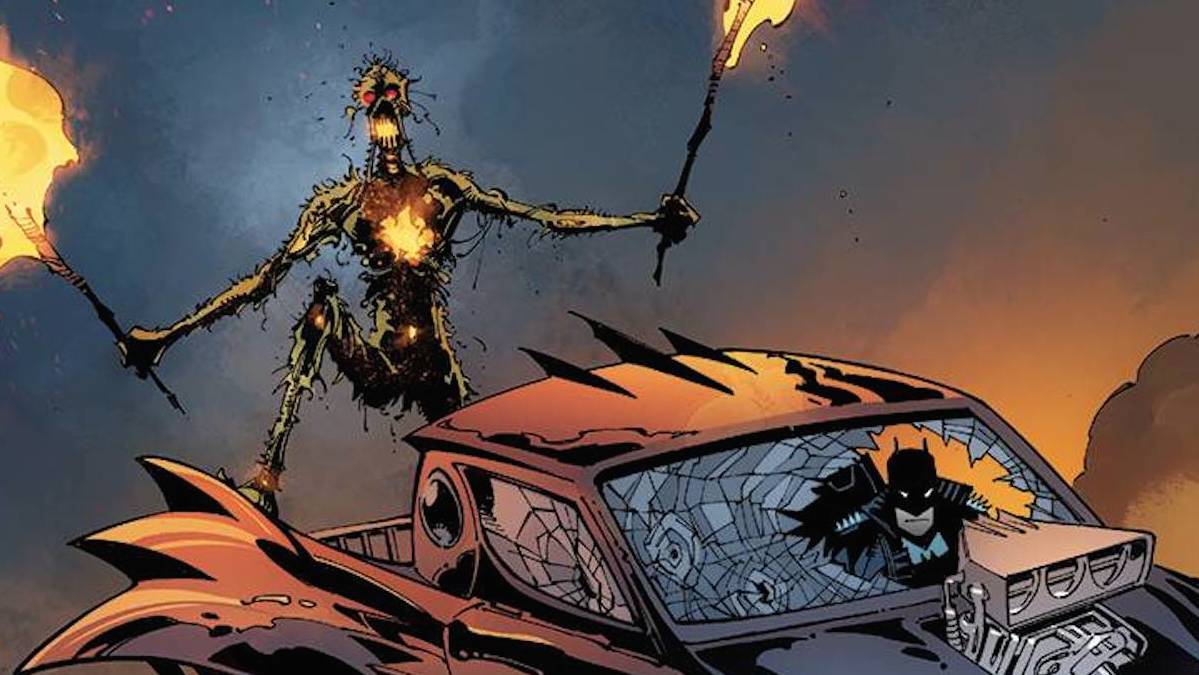 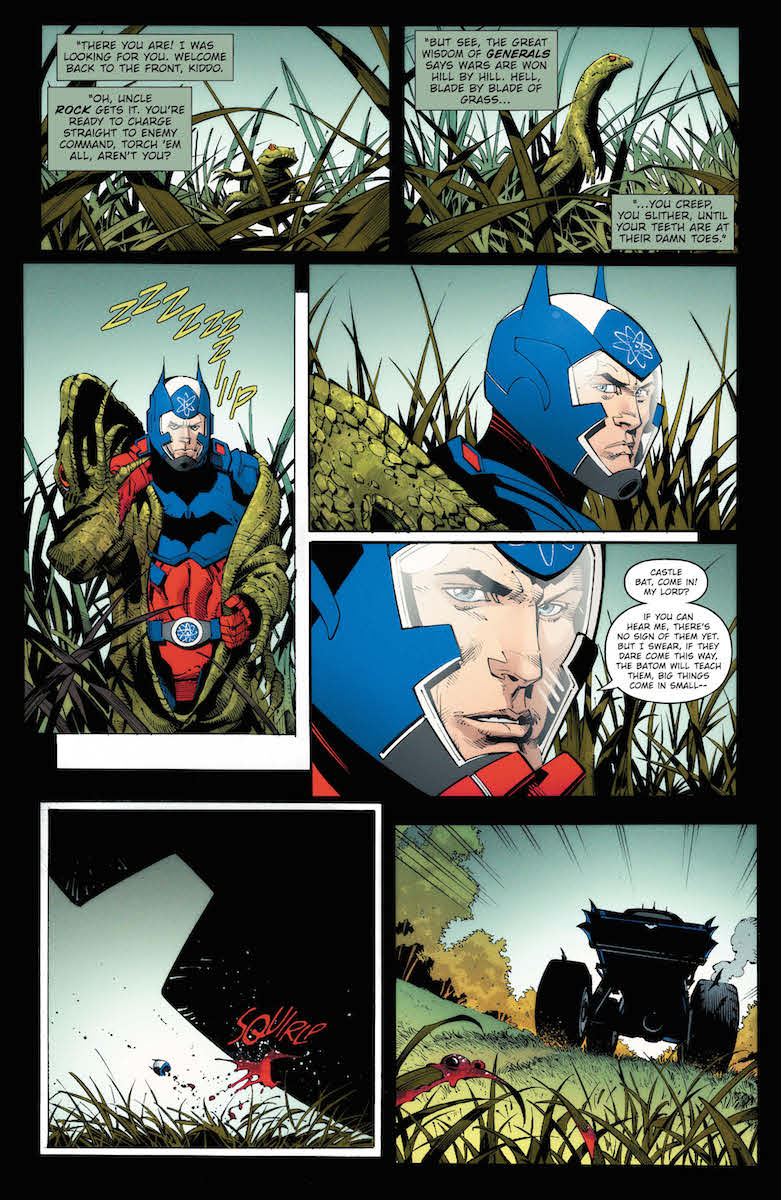 Ray: Remember how chaotic the first issue of Death Metal was? Second issues of event comics usually calm down and let things settle a little—but not Snyder and Capullo’s magnum opus, which features more crazy twists and turns than the first issue. Maybe too many? That will vary, because this is definitely one of the most chaotic issues I’ve ever read. But buried in that is the kind of high-octane suspenseful storytelling that makes for a pretty great event. When we left off, The Batman who Laughs had been shockingly killed off by Wonder Woman—the rare comic book death that actually managed to surprise me. Villains tend to be safer than heroes. But as we know, a character this popular never manages to stay dead, and Snyder and Capullo waste no time evolving him into a new form—one that involves one of the most prominent characters from a recent DC event—and turns him into a genuinely world-breaking threat with a horrifying new look. And then there’s the Robin King, whose story arc is just beginning.

And where do the heroes fit into this? Well, they’re still trying to find their footing in this twisted new world. Wally West is getting his shot at redemption, while Wonder Woman leads the resistance. And Batman seems to be broken by past failures, having given up on a moonshot victory to reverse the takeover and instead concentrating on small battles. The oddball mix of heroes is great, but the best moment of the series to my eye came with the arrival of the JSA—the core trio of Alan Scott, Jay Garrick, and Ted Grant accompanied by a mysterious Dr. Fate. Seeing them in the present day was unexpected and very welcome. The sheer number of callbacks to past storylines can get a bit overwhelming at points, to the point that you get whiplash, but it never lets you get bored for a second. Some evil Batmen only get a page of screentime, but they make a huge impact. And the one thing that’s sure? I can’t wait to see what happens next.