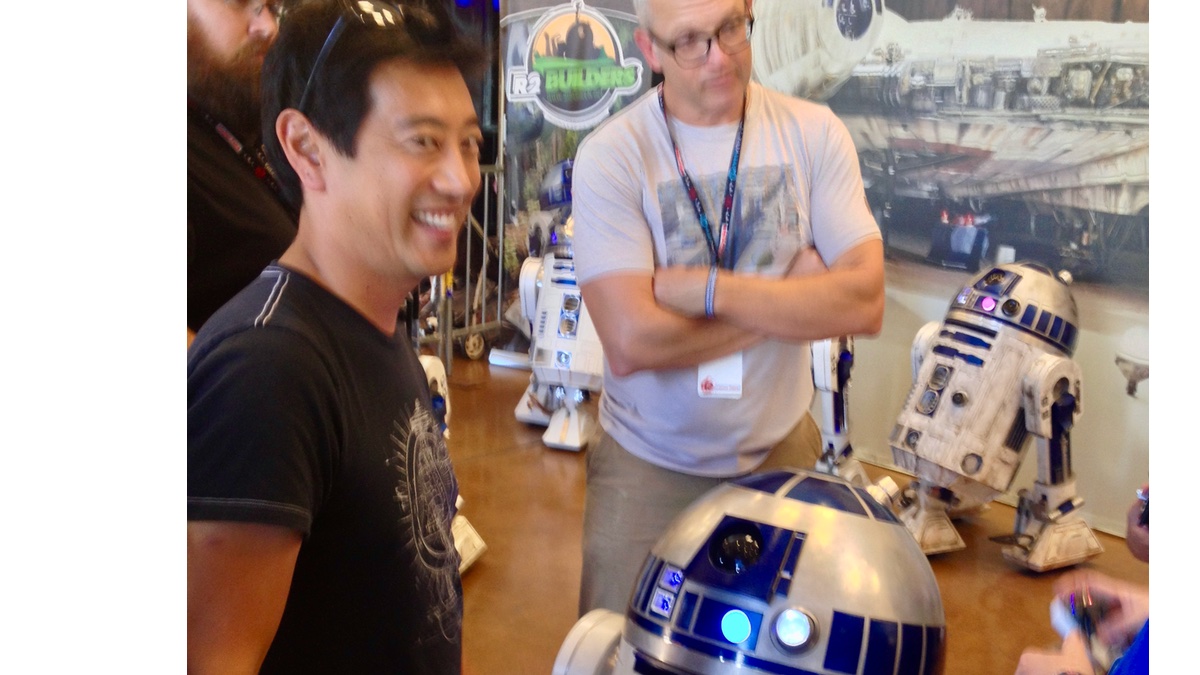 I am at a loss. With all the other terrible things going on in 2020, this one has hit me like a sucker-punch. Grant Imahara was a geek, through and through, and by all accounts, just a really nice person. I had the honor of interacting with him a few times. Back in the heyday of GeekDad and GeekMom’s relationship with Wired and our larger platform, we had a connection with the Mythbusters folks. I tried to get Grant to participate in the second GeekDad book, but he begged off due to the huge number of projects he had going, but he made it a point to say he was also a big fan of GeekDad, which was very kind. I was able to get him tickets to the Maker Faire in 2013, and got to hang out with him as he met up with the droid-builders showing off their work. He obviously took great joy in making things, and seeing the amazing things others could made as well.

It’s just shocking and saddening to lose someone so suddenly due to something so random (he passed as the result of a brain anneurysm), in the midst of everything else going on this year. And he was younger than me, which is sobering itself. Our condolences here at GeekDad and GeekMom go out to his family and friends.

1 thought on “Goodbye to Grant Imahara”