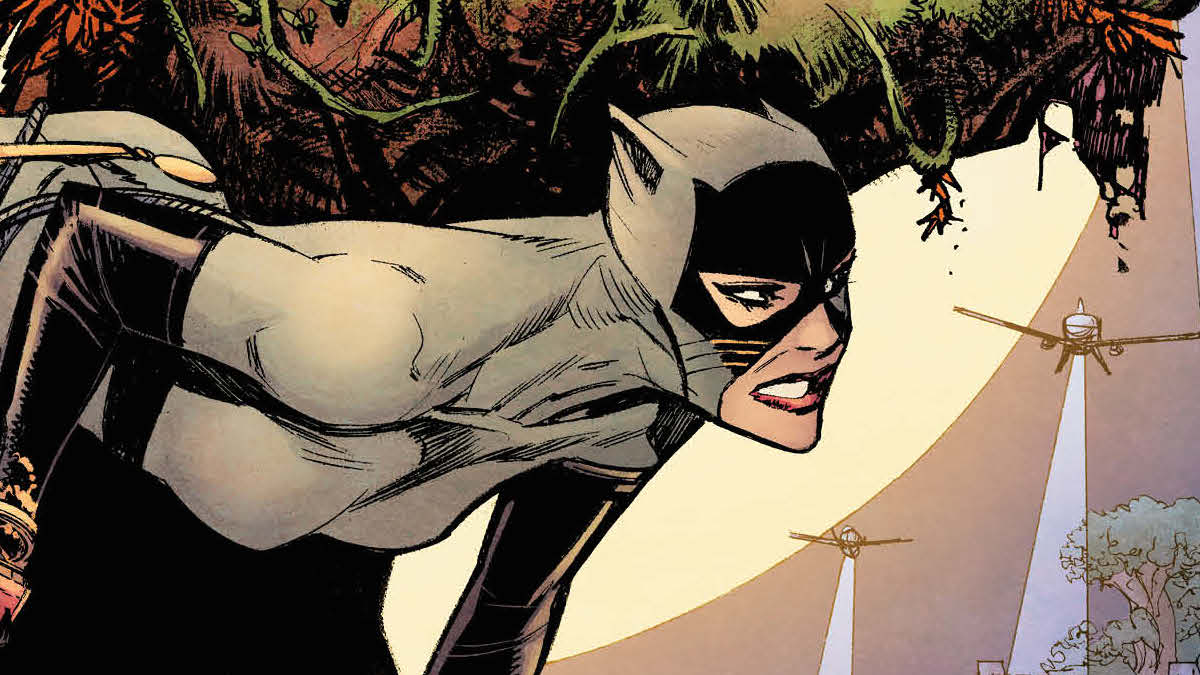 Ray: Fresh off a series of social media controversies, the writing team of Blake Northcott and Sean Murphy are stepping onto Catwoman for a two-issue run leading up to Ram V. taking over the title. Selina’s left Villa Hermosa, but on her way back to Gotham she’s decided to make a stopover in a notorious criminal island. She meets up with an old friend – the notorious 80s character Snowflame, who gets his powers from cocaine and never fails to remind you of this. One of the most surprising parts of this issue is just how adult it is – feeling more like a Black Label issue in content. The plot, unfortunately, is fairly thin – Selina’s there to steal things, Snowflame runs an auction house, there are rival thieves in town. It would be things we’ve all seen before, except for a subplot involving a giant cat monster terrorizing the criminal element. Decent visuals, but a skippable story.

Ray: Robbie Thompson had a chance for a fresh start as he took over this title, but unfortunately there’s no escaping the terrible status quo that the characters find themselves in. The issue begins with a bit of promise as Damian is confronted by an older Jon Kent, back from the future, who wants to keep his best friend from going down a dark path. But Damian seems determined to jump off that slippery slope like it’s a waterslide, and the issue is mostly the Titans coming up with excuses for why he’s not the culprit in the murder of Brother Blood. Crush, Emiko, and Wallace are fine, but Damian is highly unlikable – especially by contrast to what Tom Taylor is doing with him at the moment. By the time KG Beast shows up and Damian is determined to even the score for Dick’s shooting, it’s clear this is going in an ugly direction. Damian is going down a bad path, and it’s not entertaining to watch. It’s just sad.

Ray: Didio and Davis have had a pretty ambitious plan for this series, not just splitting up the Metal Men into their own storylines but giving Dr. Magnus a second team of metal men – the animal-patterned heroes themed after gases. The best parts of this issue come when the original Metal Men – minus the missing Gold and Platinum – gather to sort out their complex family situation. But the return of Chemo rampaging through the city shifts the focus to pure action, and lets Davis shine. There’s a big twist involving Chemo and the Nth Metal Man that took me by surprise, but the resolution is fairly predictable and cuts one subplot abruptly and brutally short. The next issue’s showdown should be pretty entertaining, but it doesn’t quite come together into a cohesive narrative yet. With four issues to go, it’ll be interesting to see if it lives up to the potential of that first issue.

Ray: All the Hill House books have been champions of mood, and few artists are better at conveying mood than Kelley Jones. This has always been the slowest-paced of the six books, a haunting tale about a Victorian-era girl haunted by a mysterious ghost as she mourns her father and tries to protect her mother from manipulators. Last issue took a sharp left turn into cult horror, and this finale continues the much faster pace with a shocking reveal about Daphne in the last act. The problem is, this is the only one of the line that doesn’t really feel like it’s ending. We learn something deeply disturbing about Daphne, she seemingly surrenders to the influences pursuing her, and then we fade to black. It’s brilliantly drawn and compellingly written, but it’s crying out for a sequel that we may not get. One more book has to finish, and then the future of this line is up in the air. 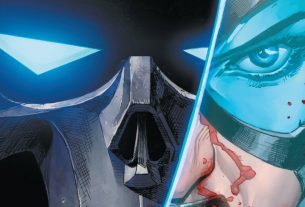