Ray: In this oversized one-shot, we flash back to the very start of James Tynion IV’s run on Batman to look deeper at the five assassins who showed up in Gotham to target Bruce Wayne’s new mission. It’s an odd concept, not helped by the fact that the book is delayed and the plot has moved on, but DC has assembled an all-star cast of creators.

First is a strong story from Vita Ayala and Andie Tong focusing on Cheshire. Set when both she and Batman are younger, it focuses on Batman trying to intercept her before she kills a Gotham humanitarian who is threatening the profits of her employer. It’s a good look at Batman’s instinct to save every troubled young fighter he comes across—and what he does when he comes up short. Even though she’s a villain here, Cheshire comes across as more human than she does in many stories.

Next up is a tense story by Philip Kennedy Johnson and Victor Ibanez turning the focus on Malcolm Merlyn, the Dark Archer. So what’s a Green Arrow villain doing in Gotham? Well, Batman’s got Oliver in town to consult, and the two make their way through a brutal and sadistic deathtrap set by Merlyn using the only bait he knows Batman will jump at—an innocent child in danger. It’s a great look at how the one thing that stays consistent with every accurate version of Batman is his instinct to protect the innocent.

Mariko Tamaki and Riley Rossmo get the task of fleshing out the most unknown of the assassins, the creepy zombie-like Mr. Teeth. And to do that, they make a mostly dialogue-free story that has the horror-movie villain stalking a young woman in her home. Batman only appears near the end to deliver a brutal beatdown. It looks fantastic—Rossmo was made to draw horror—but it doesn’t really tell us anything we don’t know about the villain because he’s just there to be scary.

A gritty story by Dan Watters and John Paul Leon focuses on Gunsmith, the arms-obsessed alt-right assassin who seems to do it for love of the weapons. Seemingly designed to get under Batman’s skin, this villain takes hostages, forces innocent boys to take on Batman with homemade weapons, and seems less interested in killing Batman than in showing him the power of his weapons. Gunsmith is a new villain—although very similar to the ’90s villain Gunhawk—but he may be a perfect one for this moment.

Finally, James Tynion IV and Sumit Kumar return to the biggest gun—Deathstroke—for a prelude to “Joker War.” Why would Slade take a gig working for the Joker? Their parlay in this segment shows a very different Joker with a far more ambitious and sober plan for taking down Batman than ever before, and he knows exactly how to get Slade interested. The fight between Batman and Deathstroke is little more than a plot device, but the behind-the-scenes stuff is fascinating and we get a little more punchline in the process.

Overall, there isn’t a dud in this volume, even if only four of the five assassins really got any fleshing-out here. 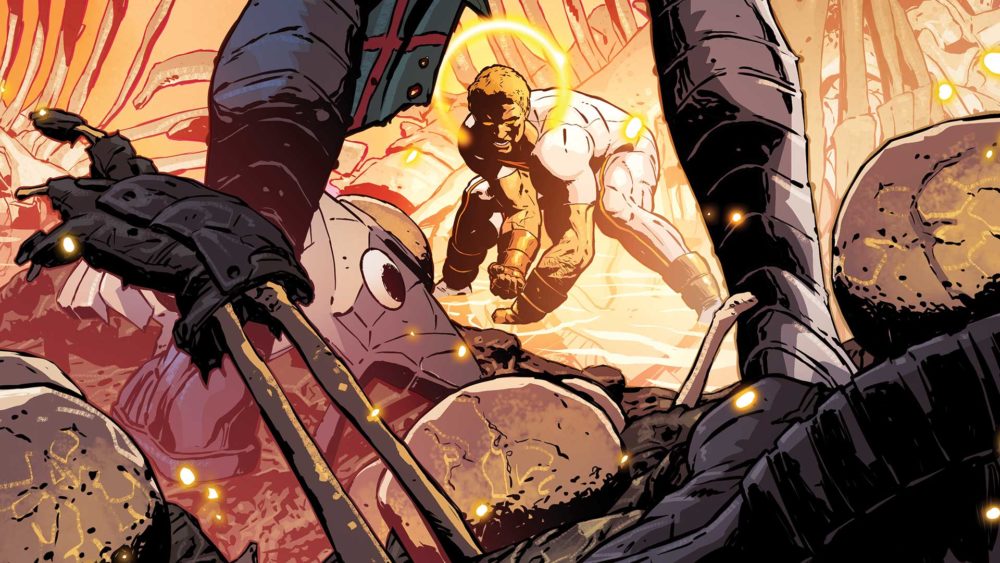