It’s been a few years since I last tested a Braven portable speaker, and that was a much more modest offering. The company recently sent me its latest to try out, and this is on an entirely different scale. In fact, it will dwarf most portable speakers. The Braven BRV-XXL/2 is 17.4 pounds of audio power, with a 100W amplifier pushing four full-range drivers, 2 passive radiators, and a downward-firing subwoofer. It’s water-resistant, gets 18-hours on a charge, and even has a built-in bottle opener.

Is this the ultimate outdoor party speaker?

I was expecting some serious low-end rumble out of the BRV-XXL/2—after all, it has that big subwoofer on the bottom, plus a pair of bass radiators. With this in mind, my initial playlist included some tracks across multiple genres with a big bass presence: Magazine’s “The Light Pours Out of Me,” Gary Numan’s “The Fall,” Austra’s “Beat and the Pulse,” and the live Clockwork Angels tour version of “Red Sector A” from Rush, among others.

You need to have a bit of volume before the bass starts to become a presence. Below 1/4 or so, it’s not really a factor. After that, there’s definitely a bit of thump in the mix. More than your average portable speaker. Put your hand on the table near the speaker and you can feel the air being driven by the thumping subwoofer. But it lacks the low-frequency rumble I was expecting. That can be tweaked somewhat on the speaker, which offers bass and treble adjustments—an unusual offering these days—but I never hit the point where the bass really became a “wow” factor.

Overall, audio is very good quality with plenty of energy, and drivers are positioned to fire music in 360-degrees. However, with full-range drivers instead of woofers and tweeters, it’s not as detailed as some speakers in this price range. Indoors (especially in smaller rooms), the audio can get muddy at high volumes. Outdoors it fares much better. And with 100W of amplification, there’s plenty of volume on tap. This makes the BRV-XXL/2 a great choice for an outdoor party or camping. The rugged design and IPX5 water resistance help there as well. And the integrated bottle opener… Braven even includes an external microphone input (you supply the microphone) so you can use the speaker as a PA system.

Connectivity was solid, and I could leave my iPhone in the house and still play music on the speaker in the back yard, 50 feet or more away. And it was capable of putting out considerable volume—although as mentioned, the results are much better if that’s done outdoors…

If you have two of these beasts, Braven says you can pair them for stereo audio.

This is a portable speaker, complete with a nicely integrated handle and a woven nylon carrying strap.

However… It truly pushes the definition of “portable.” It’s nearly two feet long and weighs over 17 pounds. Taking it out to the back yard, more than once I accidentally banged the speaker off the side of a doorway. It’s fine for carrying a short distance, but I probably wouldn’t be thrilled about lugging it for blocks. The upside is that weight and the silicone feet make the speaker extremely stable when set down. Even with the subwoofer working furiously, the BRV-XXL/2 is not going to vibrate its way off a table.

Battery life is rated at up to 18 hours. An LED indicator (red/yellow/green) gives you an idea of how much time remains. I found I was getting closer to 10 hours when used outdoors, but it was at home outside and the temptation to crank it up was too tempting to ignore. Outdoors is really where this speaker shines. Indoors, the 18 hours was more realistic, but I was also less likely to play it loudly.

Behind a sealed door is a 2.4A USB Type-A port that you can use to top up a smartphone charge. Braven says the speaker battery can fully charge most smartphones four times. Recharging the speaker itself takes a few hours and requires the included charger.

Water-resistance is rated as IPX5. Braven says it is designed to withstand heavy rainfall or splashing for up to 30 minutes. I used it repeatedly in snow and rain with no ill effects. It’s not meant to be submerged, but supposedly it will float—something I did not test.

The Braven BRV-XXL/2 would probably not be the portable speaker of choice for audiophiles. It’s also not the best option if you’re not into slinging over 17 pounds over your shoulder for any distance. At just a hair under $400 (although you can pick one up for less on Amazon), it’s not for the budget-conscious, either.

However, if you like your music loud and energetic—and above all want a speaker that’s perfectly designed to deliver that booming performance outdoors, regardless of weather or access to a power supply—then the Braven BRV-XXL/2 should be on your radar.

Disclosure: Braven provided a speaker for evaluation but had no input into this review. As an Amazon Associate, I earn affiliate fees from qualifying purchases. 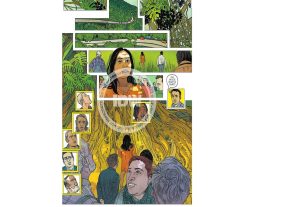 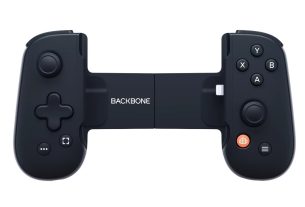