Ray: The twisted tale of Vee and El continues in the Low, Low Woods #3, as they take their own paths following their fight last issue. This only leads them deeper down some twisted rabbit holes in their cursed town. Much like the other Hill House books so far, The Low Low Woods #3 continues to play out more like a character drama with occasional sudden screeches of intense horror. The former lasts just long enough to lull you into a false sense of security that makes the latter all the more effective.

Vee’s quest for answers leads her to the town’s old witch for answers. Said witch turns out to be a deceptively young-looking girl who offers her a cure made of odd mushrooms that will restore her memories – but warns her against taking it. El, meanwhile, goes back to a meaningful site without Vee only to discover that what they buried there long ago isn’t staying dead – and is angry and out for blood.

The real meat of the issue, comes in the story of the third girl in this title – Vee’s on-again, off-again girlfriend Jessica, who displayed some disturbing and unnatural physical features at the end of the first issue. When she and Vee reunite, we get a glimpse into her past – and into the horrific family curse that’s impacting her and her mother in a much worse way.

Machado and Dani warned us coming in that this was going to be a disturbing body horror comic, and this issue doesn’t disappoint. It’s not going to be for everyone, but the comic is highly effective at creating a sense of tension and slow-creeping horror, partnered with the sense of hopelessness that the residents of this cursed town feel. Of all the Hill House books, it has one of the best senses of place, making the small town almost a character in its own right. It hasn’t had a weak issue yet. 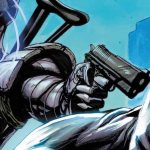 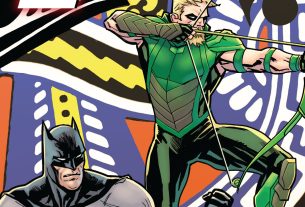